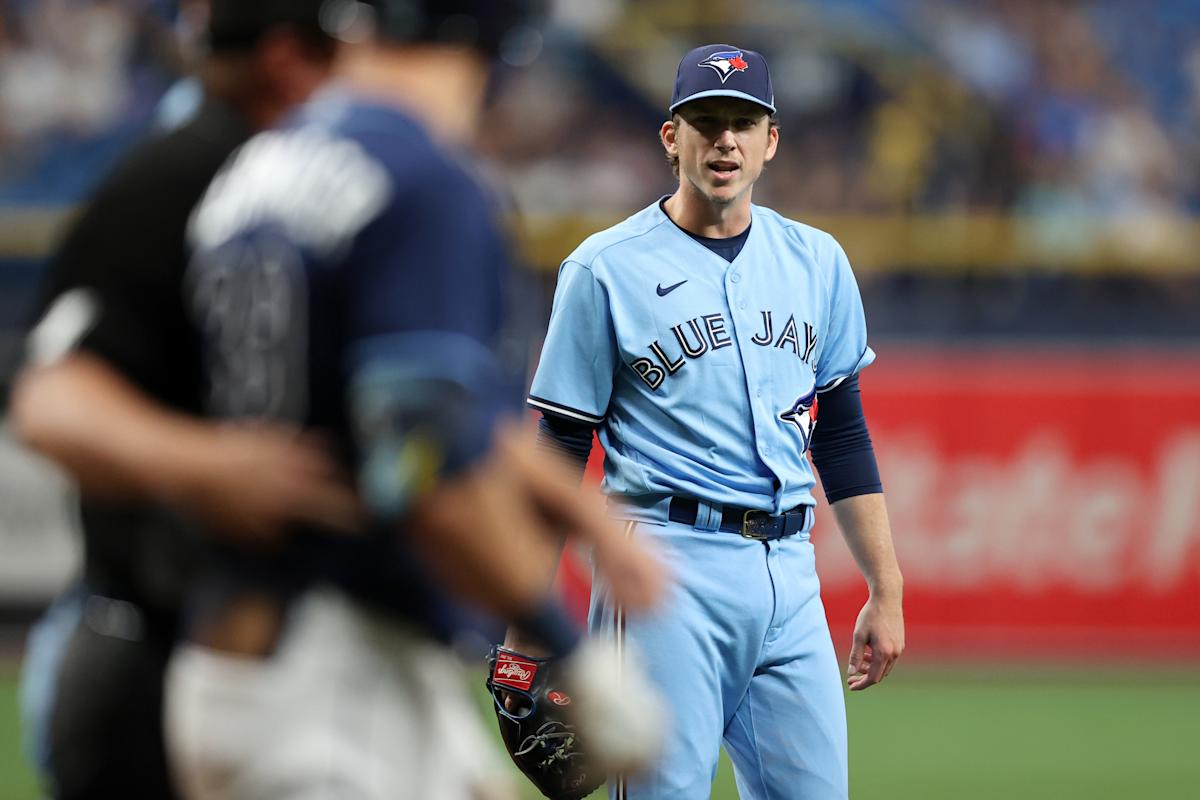 The Tampa Bay Rays clinched a spot in the postseason on Wednesday, but that was the secondary story against the Toronto Blue Jays.

During the game prior, Rays centrefielder Kevin Kiermaier was the centre of attention as he snatched a dropped data card from Toronto catcher Alejandro Kirk, which the Rays refused to hand back to the visiting club. Less than 24 hours later during the series finale between the two AL East teams, Kiermaier re-entered the spotlight as he was struck by a pitch thrown by Blue Jays reliever Ryan Borucki in the eighth inning.

Borucki was ejected after the umpires met to review the struck batter, which then caused Blue Jays manager Charlie Montoyo and a very red-faced pitching coach Pete Walker to storm onto the field.

Walker was also tossed from the game for his outburst.

Kiermaier didn’t let up after the 7-1 victory, focusing on the late-game dramatics.

“Oh yeah, it was intentional,” Kiermaier said of the incident. “Pretty much almost went behind me. I thought it was a weak move, to be quite honest. It’s over. It didn’t hurt by any means, so I don’t care. Whatever. We move on. We got a series win, and I hope we play those guys, I really do.”

When Kiermaier was asked why he wants to face the Blue Jays again, it was mysterious to say the least. “The motivation is there,” he said. “That’s all that needs to be said.”

Despite Kiermaier being so sure it was intentional, Montoyo had a different idea of what happened, but was certainly sympathetic to the Rays’ reaction.

“Pete’s reaction told me everything about it,” the Blue Jays manager said. “He missed. He hit him, but I understand what it looks like. I understood how the Rays got upset about it. That thing was on for two days.”

With just 10 games remaining in the regular season, Toronto is on a hot Wild Card race with fellow divisional rivals Boston Red Sox and New York Yankees. The two clubs involved in the ruckus will not face each other again unless the Blue Jays earn a spot in the postseason and are able to beat their opposition in that single-game playoff matchup.

As if the MLB postseason wasn’t dramatic enough, now there’s an underlying narrative ready to boil over at any moment if the two face each other in a series.

For Oilers, Archibald’s selfish anti-vaccine stance is not worth the risk – Sportsnet.ca