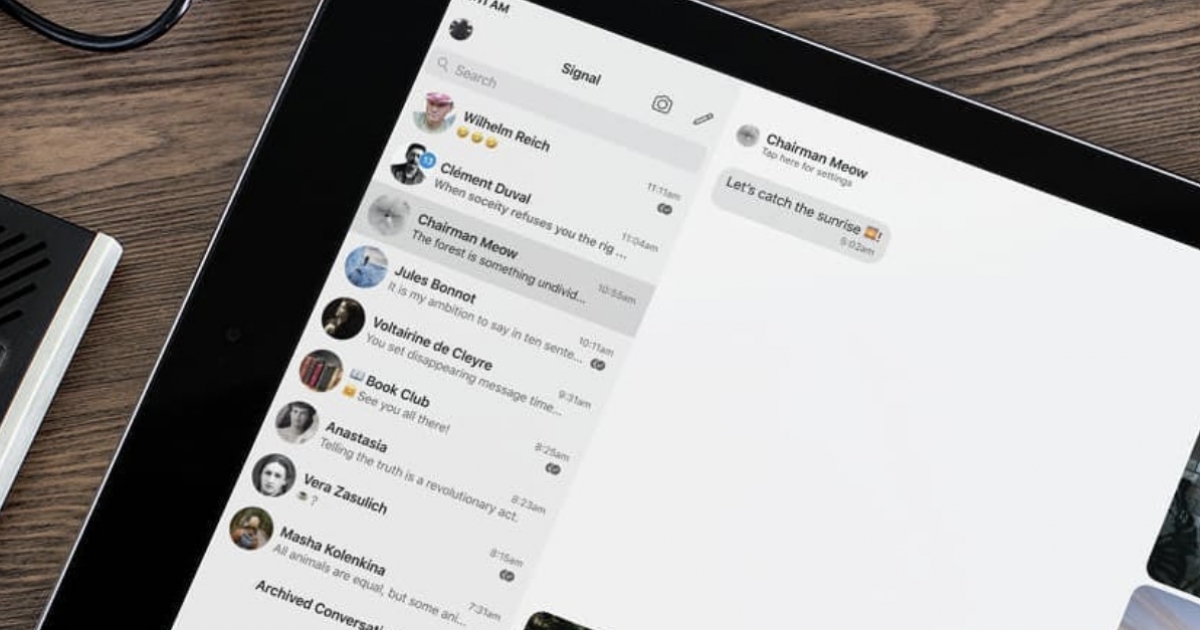 Investors mistakenly ran up a stock 1100% during the last two days of the week’s trading, after getting ahead of themselves when they saw a tweet from Elon Musk.

What Happened: The Tesla Inc (NASDAQ: TSLA) founder and CEO on Thursday tweeted a message of support for the encrypted messaging app Signal, encouraging people to sign up. Later that day, the shares of another company called Signal shot up.

The encrypted messaging app Musk tweeted about is not managed by a public company, but a non-profit organization run on donations only. It released a statement on Dec. 8 to clear up the confusion.

“It’s understandable that people want to invest in Signal’s record growth, but this isn’t us. We’re an independent 501c3 and our only investment is in your privacy,” the non-profit said.

Is this what stock analysts mean when they say that the market is giving mixed Signals?

It’s understandable that people want to invest in Signal’s record growth, but this isn’t us. We’re an independent 501c3 and our only investment is in your privacy. pic.twitter.com/9EgMUZiEZf

A similar thing happened to Zoom stock on the day it went public. Due to high anticipation for the video conferencing platform going public, traders mistakenly bought shares of a Chinese company called Zoom Technologies Inc (OTC: ZTNO), instead of the more familiar Zoom Video Communications Inc (NASDAQ: ZM). The shares of the Chinese company rose by 80% in two hours of trading that day.

Why It Matters: The interest toward new messaging apps has risen recently since Facebook Inc (NASDAQ: FB)-owned messenger WhatApp announced it is changing its privacy policy and will be sharing users’ data, including phone numbers, with the parent company.

This is a mandatory policy, which all users must agree to by Feb. 8, or they will lose access to the app.

Joining the cast of JANN in leading roles this season are Canadian actors Tenaj Williams (BIG SKY, WYNONNA EARP) and Charlie Kerr (SUPERNATURAL, THE MAGICIANS). Williams stars as Trey, Jann’s (Jann Arden) personal assistant; while Kerr plays Nate, who finds himself in a love triangle with Jann and her ex-girlfriend Cynthia (Sharon Taylor).

Confirmed to guest star on the series’ third season is GRAMMY® Award-winning Canadian singer-songwriter Michael Bublé as himself.

Season 3 of JANN is a period of new beginnings as Jann takes her life, career, and relationships into her own hands. She hires a personal assistant, commits to making a new album from the heart, and, after her girlfriend refused her marriage proposal, starts dating someone new… a younger man.

“I’m very excited and relieved to be going forward with Season 3 of JANN in light of all the strange things happening in the world,” said Jann Arden, Co-Creator, Executive Producer, and star of JANN. “It feels like a little ray of sunshine to be back with my TV family working on JANN. We are all very excited about what the future holds for all these characters this season.”

Early reviews all seem to agree: The RTX 3060 is a perfectly fine card at a decent price, but it’s not as impressive as its more powerful siblings.

The RTX 3060 goes on sale today at 9 am PT / 12 pm ET and if you’re looking to score one you should be at your online retailer of choice, refreshing the page, by this time. It’s possible some websites could crash, but more likely that bot-equipped scalpers and crypto miners will simply try to scoop all these up before normal gamers can buy one.

Be sure to already be logged in with payment info saved at whichever site you choose.

Note: These sites don’t have live product pages yet, so these links will take you to a search at each site that should populate with the GPU when it goes live.

The RTX 3060 features DLSS and Ray-Tracing and has impressive specs for a budget card, including:

Good luck finding one of these today. It’s a terrible time to try and find a new GPU as Bitcoin and Ethereum continue to go up with no signs of stopping and crypto-mining is back in fashion something fierce.

Anonymous, 1 hour agoEven more garbage than 3.0.
One UI era had 2.5, it was the peak. After that every of their up… moreIf you have such problems, backup your data and do a factory reset.

Even more garbage than 3.0.
One UI era had 2.5, it was the peak. After that every of their update was producing more and more bugs, especially the A11 battery drain on every device.

SathishKannan, 4 hours agoI guess, Note 10 lite is also Note 10 series.. It may have a little more wait than original 10… moreyes but i wont install immediately because February update fixed some issues i will wait for second update to install

Received on Indian Note 10+ as well.

It drains more battery now then it did on 3.0 first version.

I thought only the S21 series was getting One UI 3.1 while all earlier models were receiving One UI 3.0?

what is this hideous font

I guess, Note 10 lite is also Note 10 series.. It may have a little more wait than original 10 series I believe..