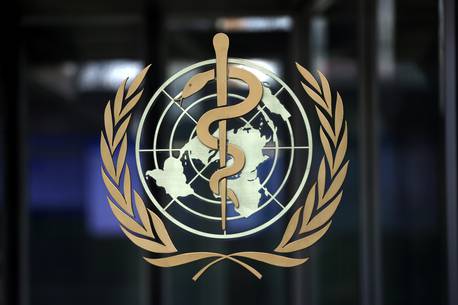 GENEVA (Reuters) – The World Health Organization (WHO) said on Saturday that there was currently “no evidence” that people who have recovered from COVID-19 and have antibodies are protected from a second coronavirus infection.

In a scientific brief, the United Nations agency warned governments against issuing “immunity passports” or “risk-free certificates” to people who have been infected as their accuracy could not be guaranteed.

The practice could actually increase the risks of continued spread as people who have recovered may ignore advice about taking standard precautions against the virus, it said.

“Some governments have suggested that the detection of antibodies to the SARS-CoV-2, the virus that causes COVID-19, could serve as the basis for an ‘immunity passport’ or ‘risk-free certificate’ that would enable individuals to travel or to return to work assuming that they are protected against re-infection,” the WHO said.

“There is currently no evidence that people who have recovered from COVID-19 and have antibodies are protected from a second infection,” it said.

Chile said last week it would begin handing out “health passports” to people deemed to have recovered from the illness. Once screened to determine if they have developed antibodies to make them immune to the virus, they could immediately rejoin the workforce.

The WHO said it continued to review the evidence on antibody responses to the virus, which emerged in the central Chinese city of Wuhan late last year. Some 2.8 million people have been reported to be infected by the novel coronavirus globally and 196,298 have died, according to a Reuters tally.

Most studies have shown that people who have recovered from infection have antibodies to the virus, the WHO said. However, some of them have very low levels of neutralizing antibodies in their blood, “suggesting that cellular immunity may also be critical for recovery”, it added.

Three of the authors of an influential article that found hydroxychloroquine increased the risk of death in COVID-19 patients retracted the study on Thursday, citing concerns about the quality of the data behind it.

The anti-malarial drug has been controversial in part due to support from U.S. President Donald Trump, as well as implications of the study published in British medical journal the Lancet last month.

The three authors said Surgisphere, the company that provided the data, would not transfer the full dataset for an independent review and that they “can no longer vouch for the veracity of the primary data sources.”

The fourth author of the study, Dr. Sapan Desai, the CEO of Surgisphere, declined to comment on the retraction.

The observational study published in the Lancet on May 22 looked at 96,000 hospitalized COVID-19 patients, some treated with the decades-old malaria drug. It claimed that those treated with hydroxychloroquine or the related chloroquine had higher risk of death and heart rhythm problems than patients who were not given the medicines.

Several clinical trials were put on hold after the study was published. The World Health Organization, which paused hydroxychloroquine trials after The Lancet study was released, said on Wednesday it was ready to resume trials.

Many scientists voiced concern about the study. Nearly 150 doctors signed an open letter to the Lancet last week calling the article’s conclusions into question and asking to make public the peer review comments that preceded publication.

“I did not do enough to ensure that the data source was appropriate for this use,” the study’s lead author, Harvard Medical School Professor Mandeep Mehra, said in a statement. “For that, and for all the disruptions – both directly and indirectly – I am truly sorry.”

The Lancet in a statement said, “there are many outstanding questions about Surgisphere and the data that were allegedly included in this study.”

New Brunswick plans to open its borders to Canadians who have immediate family in the province or who own property, starting June 19, provided they self-isolate for 14 days, Premier Blaine Higgs announced Thursday.

Cabinet and the all-party COVD-19 committee have also deemed attending funerals in New Brunswick essential travel, he told reporters during a news conference in Fredericton.

The decision to loosen restrictions comes the same day New Brunswick had its first COVID-19-related death and a new confirmed case —  both linked to a long-term care facility in the Campbellton region, where there is an outbreak.

Four other elderly residents and four employees have also tested positive for the respiratory disease, including the latest case, a health-care worker in their 20s.

They are among a cluster of 15 active cases now in the Campbellton region, also known as Zone 5.

Higgs said he, like all New Brunswickers, received the news “with a heavy heart” and offered his condolences.

But the rest of the province will move forward with the next phase of the yellow level of the COVID-19 recovery plan tomorrow, as scheduled, he said. The Campbellton region will remain under the stricter orange phase.

“We are grieving today, but we are also moving forward today,” said Higgs, describing it as a “combination of sadness and hope.”

Officials have linked the outbreak that started May 21 to a medical professional who travelled to Quebec for personal reasons and returned to work without self-isolating for the required 14 days.

Dr. Jean Robert Ngola told Radio-Canada’s program La Matinale on Tuesday he’s not sure whether he picked up the coronavirus during the trip to Quebec or from a patient he saw in his office on May 19 who later tested positive.

Ngola, who has been suspended and is under investigation by the RCMP, said he made an overnight return trip to Quebec to pick up his four-year-old daughter because her mother had to travel to Africa for her own father’s funeral.

He drove straight there and back with no stops and had no contact with anyone, he said, and none of his family members had any COVID-19 symptoms at the time.

He did not self-isolate upon returning, he said. He went to work at the Campbellton Regional Hospital the next day.

“Maybe it was an error in judgment,” said Ngola, pointing out that workers, including nurses who live in Quebec, cross the border each day with no isolation required.

The province’s public safety minister is defending a border crossing that residents of a small village near Campbellton fear is letting in too many people from out of the province.

On Tuesday, Tide Head Mayor Randy Hunter said there were more vehicles with Quebec licence plates in the area than there should be considering COVID-19 restrictions and that the province is giving the wrong impression about how much traffic there is at the crossing.

“The premier’s reporting and the news is reporting perhaps 60 to 70 cars a day, well that is not factual,” said Hunter.

“I know people that work for public safety there and the average [number of cars] on that bridge is about 200 a day.”

The checkpoint is located on the New Brunswick side of the border, a short distance from the bridge to Matapédia, Que.

But Public Safety Minister Carl Urquhart said there was a bit missing in that interpretation.

There are about 200 vehicles making that crossing every day, but only 65 of them would be private vehicles.

“Approximately 65 [private vehicles] the other day and then 130 commercial. So you’re looking at approximately 200 all together,” said Urquhart.

Urquhart said public safety officers are the ones that determine whether someone can come into the province or not, but that commercial vehicles are checked to make sure they’re actually making deliveries.

Urquhart said he’s convinced there isn’t a security issue at the border, and while he would love to send more public safety officers up there, they’re needed elsewhere.

“If I had a lot more people I could put them all over the province,” said Urquhart.

“You have to work with all you have.”

What to do if you have symptoms

Public Health says symptoms shown by people with COVID-19 have included: a fever above 38 C, a new cough or worsening chronic cough, sore throat, runny nose, headache, new onset of fatigue, new onset of muscle pain, diarrhea, loss of sense of taste or smell, and difficulty breathing. In children, symptoms have also included purple markings on the fingers and toes.

People with two of those symptoms are asked to: 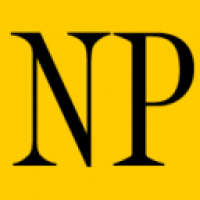 NEW YORK — Three of the authors of an influential article that found hydroxychloroquine increased the risk of death in COVID-19 patients retracted the study on concerns about the quality of the data in the study.

They said that Surgisphere, the company that provided the data, would not transfer the full dataset for an independent review and they “can no longer vouch for the veracity of the primary data sources.”

The study was published in British medical journal the Lancet last month. (Reporting by Michael Erman Editing by Chris Reese)

Stanley Cup Playoffs to be best-of-7 following Qualifying Round – NHL.com