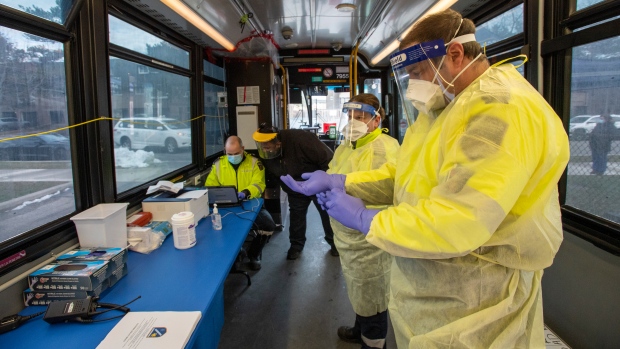 Ontario reported 146 new COVID-19 cases on Tuesday along with seven additional deaths, as the number of people who have received two doses of an approved vaccine hit seven million.

The seven-day rolling average of new cases now stands at 170 down from 184 on Monday.

Provincial labs processed 17,489 test specimens in the previous period, generating a positivity rate of 0.8 per cent.

It’s the lowest overall caseload in the province since Sept. 9, 2020.

Hospitalizations requiring intensive care unit admission fell by 12 to 194, with 123 of those patients breathing with the help of a ventilator.

A count of data provided by local public health units and hospital networks found 219 people total hospitalized due to COVID-19 on Tuesday.

Laboratories detected another 41 examples of the Delta B.1.617.2 coronavirus variant in the past 24 hours, bringing the total found since late April to 2,752.

“This has emerged as a global variant of concern, which is being taken very seriously across the world and has replaced Alpha as the dominant strain in Ontario,” Yaffe said.

“We know it is more transmissible than other strains of COVID-19. In fact, since it was declared a variant of concern, we’ve had over 20 outbreaks where Delta was the dominant strain.”

She said low vaccination rates coupled with people gathering in close contact with one another, without masks or social distancing, contributed to the outbreaks.

“Grey Bruce and Waterloo continue to have the highest case rates of COVID-19 in Ontario and they both continue to struggle, particularly with the Delta variant,” Yaffe added.

“Despite that, the people in both regions have made a remarkable effort to protect and care for each other by getting vaccinated and as a result, both regions are seeing their case rates drop.”