MOSCOW – Russian cosmonauts have given a video tour of the interior of a research module which briefly threw the International Space Station out of control on Thursday a few hours after docking.

Russian space officials said a software glitch and possible lapse in human attention were to blame for the mishap that caused the entire space station to pitch out of its normal flight position 250 miles above the Earth with seven crew members aboard.

According to NASA‘s account of Thursday’s incident, the mission flight director immediately declared a spaceflight emergency as engineers on the ground struggled to restore stability to the sprawling research satellite.

NASA and Roscosmos each said that the seven crew members – two Russian cosmonauts, three U.S. astronauts and two others from Japan and France – were never in any immediate danger.

Roscosmos, which this week spoke of plans to launch another Russian module to the station in November, has suffered a series of mishaps and corruption scandals, including during the construction of the Vostochny Cosmodrome in the country’s far east where contractors were accused of embezzling state funds. 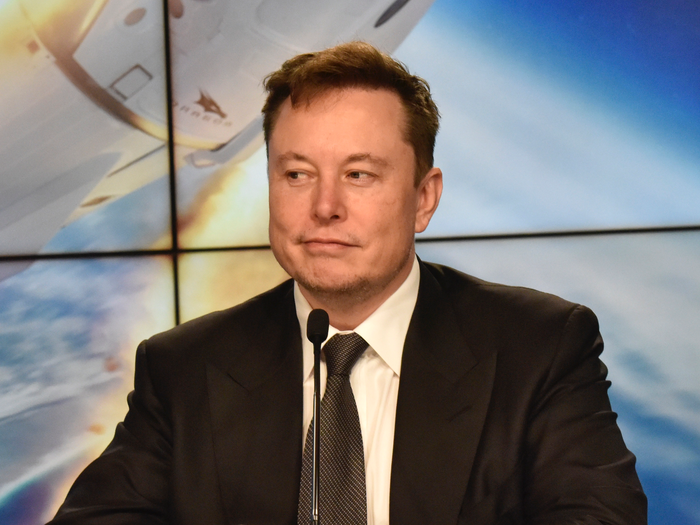 Elon Musk said on Twitter that SpaceX plans to upgrade the amenities for its next space-tourist flight, including the toilet.

The Inspiration4 crew, made up of four non-astronauts, took off on Wednesday aboard SpaceX’s Crew Dragon spacecraft. They landed back on Earth on Saturday evening.

Elon Musk tweeted on Monday saying he’d met the crew in person in Florida, and then answered questions from Twitter users about the company’s plans for the next mission.

Responding to one user, Musk said the next flight would have “upgraded toilets,” adding, “we had some challenges with it this flight.”

The billionaire did not elaborate on what these challenges were, or how exactly the toilets would be upgraded.

Jared Isaacman, one of the passengers on Inspiration4, told Insider in July the toilet for Crew Dragon was located on the ceiling of the spacecraft and featured a glass dome, meaning crewmembers had a 360-degree view while using the bathroom.

“It’s not a ton of privacy. But you do have this kind of privacy curtain that cuts across the top of the spacecraft, so you can kind of separate yourself from everyone else,” Isaacman said.

Isaacman added that learning to use the toilet on the spacecraft was part of the civilian astronauts’ rigorous pre-flight training.

Musk also said the next flight would have a small oven for heating food, and WiFi provided by Starlink, SpaceX’s satellite internet project.

The crew for the Inspiration4 mission took cold pizza on their three-day flight. While in space they chatted with Musk and actor Tom Cruise.

Deal icon
An icon in the shape of a lightning bolt.

There was an issue with the Waste Management System.

It was mostly smooth sailing for the four civilians, who ate cold pizza and even watched “Spaceballs” during the trip.

But it sounds like the mission did leave some room for improvement — there were issues with the toilet, Space.com reports.

“It was very clean mission from start to finish,” SpaceX human spaceflight programs lead Benji Reed said during a press conference following the successful landing on Saturday. “We had a couple of issues that we worked, we did work something on the Waste Management System, but that was worked [out] fine and, you know, the crew was happy and healthy.”

The toilet — located underneath the massive glass cupola no less — is radically different from the ones you find on Earth. In the simplest terms, they are two vacuum tubes for sucking up pee and poop that rely on suction fans to remove waste.

We don’t know exactly what the issue was yet with the Waste Management System, but it involved the suction fan, according to Reed. It’s also unclear whether the malfunction had anything to do with the surprising decision not to release photos or videos inside the spaceship during the journey.

Inspiration4 was a little different than preceding Crew Dragon flights. The crew spent three whole days in the tiny capsule instead of less than 24 hours, the maximum length of a trip to the International Space Station.

Unfortunately, the crew wasn’t actually able to catch glimpses of the Earth while doing their business as the hatch had to be closed during toilet use, according to Space.com.

The space tourists have yet to speak out about their toilet experience — but fortunately, it sounds like the issue was quickly resolved.

More on the launch: SpaceX Tourist Watches Movie While Careening Down to Earth

Futurism Readers: Find out how much you could save by switching to solar power at UnderstandSolar.com. By signing up through this link, Futurism.com may receive a small commission.

SpaceX founder and leading orbital travel agent Elon Musk was feeling a bit slighted by the world’s most powerful man this weekend after President Joe Biden failed to acknowledge the company’s landmark Inspiration4 mission that sent four civilians on a three-day trip in orbit of our planet.

Alberta still a Conservative stronghold, but politics of COVID-19 wounds Tories – The Globe and Mail