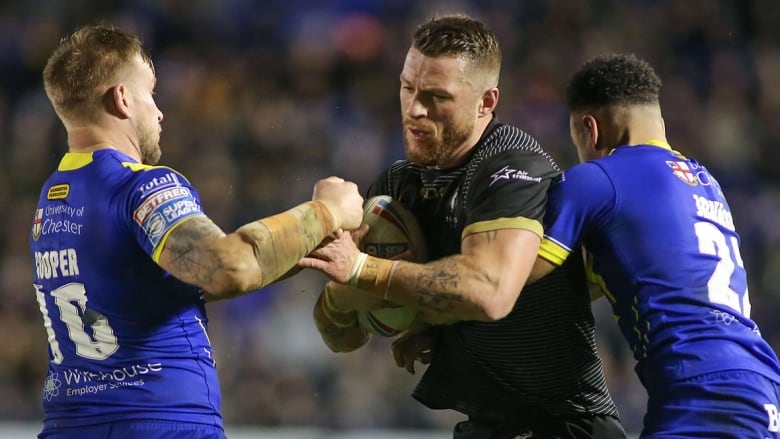 One day after rejecting Toronto’s bid for reinstatement, the Super League board voted unanimously Tuesday in favour of admitting a 12th rugby squad to replace the Wolfpack next season.

The board has not yet decided on how to choose the new Super League member, however.

Super League said that will be decided by a committee headed by an independent chairman. Further details on the criteria for applicant clubs “will be discussed and released at an appropriate time.”

“We are committed to ensuring that the process is independent and impartial, and stands up to scrutiny, and accordingly, ensuring the committee is properly constituted and clearly mandated is our first priority.,” Super League executive chairman Robert Elstone said in a statement.

The board also voted in favour of a 27-round regular season.

Toronto, which was in its first Super League season, stood down July 20, saying it could not afford to play out the remainder of the pandemic-affected 2020 season.

Its subsequent bid to be reinstated next season, under potential new owner Carlo LiVolsi, was rejected by an 8-4 vote with one abstention.

The Wolfpack began life in 2017 in Betfred League 1, the third tier of English rugby league. The transatlantic team won promotion first to the second-tier Championship and then Super League.

Toronto Wolfpack fans are familiar with the sight of giant forward Adam Sidlow running with the ball, dragging would-be tacklers with him.

Sadly that road ended Monday when Super League rejected the financially troubled franchise’s bid for reinstatement in 2021 under new ownership.

Sidlow, an original member of the Wolfpack, had been hoping the Toronto team would get a reprieve.

“It’s been one of the best experiences in rugby league I’ve had,” the 33-year-old said from Wigan, England.

“My first initial reaction was just shock, anger … and a bit of confusion as well,” said the six-foot-four, 251-pound athlete. “The first thing I said to my wife was ‘I don’t know if I’m relieved because we’ve been waiting so long, because we’ve got a decision finally.”‘

“It wasn’t meant to be and I hope it’s not to the detriment to the sport,” he added.

Sidlow’s contract with the Wolfpack runs through 2021. Does he think he will ever see that money?

Cris Collinsworth Apologizes for Saying He Was 'Blown Away' by Football Questions From 'Even the Ladies': TRAINA THOUGHTS – Sports Illustrated 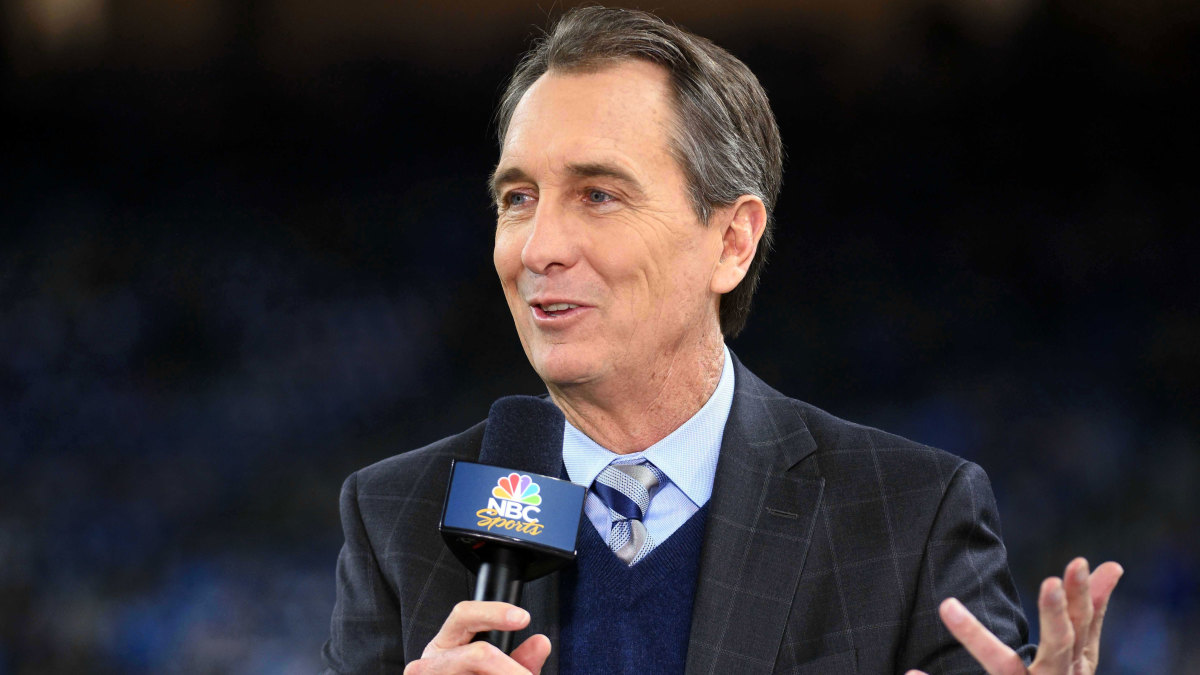 The Sunday Night Football analyst was talking about how passionate Steelers fans were when he said, “In particular, the ladies that I met. They had really specific questions about the game. I’m like, ‘Wow.’ You’re just blown away by how strong the fans are here in this town.”

Collinsworth singling out “ladies” instantly generated backlash on social media, with many people pointing out that it shouldn’t surprise anyone that women are knowledgeable about the NFL—or any sport, for that matter.

A few hours after the game ended, Collinsworth addressed the controversy and issued an apology for the insulting remarks.

2. A brand-new SI Media Podcast dropped late Wednesday night with Chris Long. The Super Bowl champion, who now hosts the Amazon Prime pregame show on Thursday nights and the Green Light podcast three days a week, shared his insight into what NFL players are going through this season while trying to play through a pandemic.

Long also talks about what’s going on with Tom Brady and the Bucs and why he thinks people shouldn’t sleep on the Packers.

Non-football topics Chris and I discussed include our hatred of shaving, UGGs, celebrity-scented candles, the funniest TV/movie death or funeral scenes and much more.

You can listen to the podcast below or download it on Apple, Spotify, Stitcher and Google Play.

3. We need more honesty like this from NFL head coaches.

4. Anyone else surprised that casino revenue in Las Vegas is down only 36% this year? I expected that number to be much higher.

5. It’s giveaway time. Easton Baseball has relaunched its “Green Easton” bat, and they are providing one for a Traina Thoughts reader.

The first person to email me (Jimmy.Traina@si.com) the correct answer to these two questions wins the Green Easton bat. You have to email me the answer. Do not send it via Twitter, Instagram, etc.

• On this week’s SI Media Podcast, Chris Long said he expected Mark Sanchez to be doing commercials for what after his football career?

• On the same podcast, Long cited which TV show as having the funniest funeral scene?

6. RANDOM VIDEO OF THE DAY: As I’ve said, funniest TV/movies death or funeral scenes was a topic on this week’s SI Media Podcast with Chris Long. Some of my Twitter followers passed along their favorites, and I need to shout out Sean Malone for this one.

7. SPORTS VIDEO OF THE DAY: Barry Sanders won the Heisman Trophy on this date in 1988. We’ve all seen Sanders’s Lions highlights many times, but did you all know he once had a 100-yard kickoff return during his Heisman season at Oklahoma State?

Be sure to catch up on past editions of Traina Thoughts and check out the Sports Illustrated Media Podcast hosted by Jimmy Traina on Apple, Spotify or Stitcher. You can also follow Jimmy on Twitter and Instagram.

STYX Releases Quarantine Video For 'Too Much Time On My Hands' In Time For STEELERS/RAVENS Football Game – BLABBERMOUTH.NET 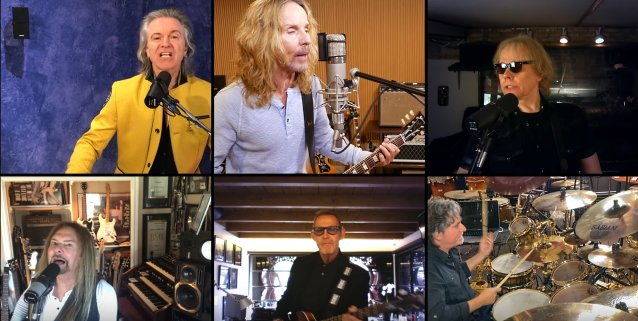 STYX has released a video for its classic hit “Too Much Time On My Hands”, filmed from the band’s home studios specifically for Pittsburgh #SteelersNation in time for yesterday’s (Wednesday, December 2) game against the Baltimore Ravens.

STYX‘s affiliation with the Pittsburgh Steelers has been strong for years. One of the band’s other signature hits, “Renegade”, has been an adopted theme song of the team for over a decade, and they’ve sung the national anthem at many Steelers games in recent years.

STYX recently asked fans for donations to be made to the Pittsburgh Foundation Emergency Action Fund. The Pittsburgh region is facing unprecedented economic, health and human services challenges in the global public health pandemic brought on by the COVID-19 virus. In response, on March 16, local philanthropies partnered to create the Emergency Action Fund, which awarded operating grants on a rolling basis to emergency service providers and nonprofit organizations serving on the front lines of recovery.

STYX has spent the last few months working on its new studio album, The upcoming effort will be the follow-up to “The Mission”, which was released in June 2017. That disc marked STYX‘s first new LP in 14 years. It was recorded at Blackbird Studios in Nashville, co-produced and co-written with Will Evankovich, a longtime collaborator of guitarist/vocalist Tommy Shaw‘s in the SHAW/BLADES band and who also plays with THE GUESS WHO.

STYX‘s James “JY” Young told Radio Forrest in September that the band will hold off on releasing the new album until it can go back on tour. “That’s the current plan,” he said. “Because we like to have everything kind of get launched at once. It’s easier to make people aware of it if it’s not released in a vacuum. But if you can get a tour going, and tickets are selling, and then the record’s out, it’s easier to build a critical mass for awareness.”

This past August, Young told the Q105.7 radio station that STYX‘s next LP may not arrive for at least another year. “If Dr. Fauci [Dr. Anthony Fauci, the director of the National Institute of Allergy and Infectious Diseases] is right, [we won’t be able to tour until] the end of [2021], so that would put us out in 2022, which would be the 50th-anniversary year of us signing our first recording contract, which is February 22, 1972,” he said. “But if it’s in ’22 that this record comes out, it’ll be 2-22-22, so maybe that’s what we’ve gotta wait for.” 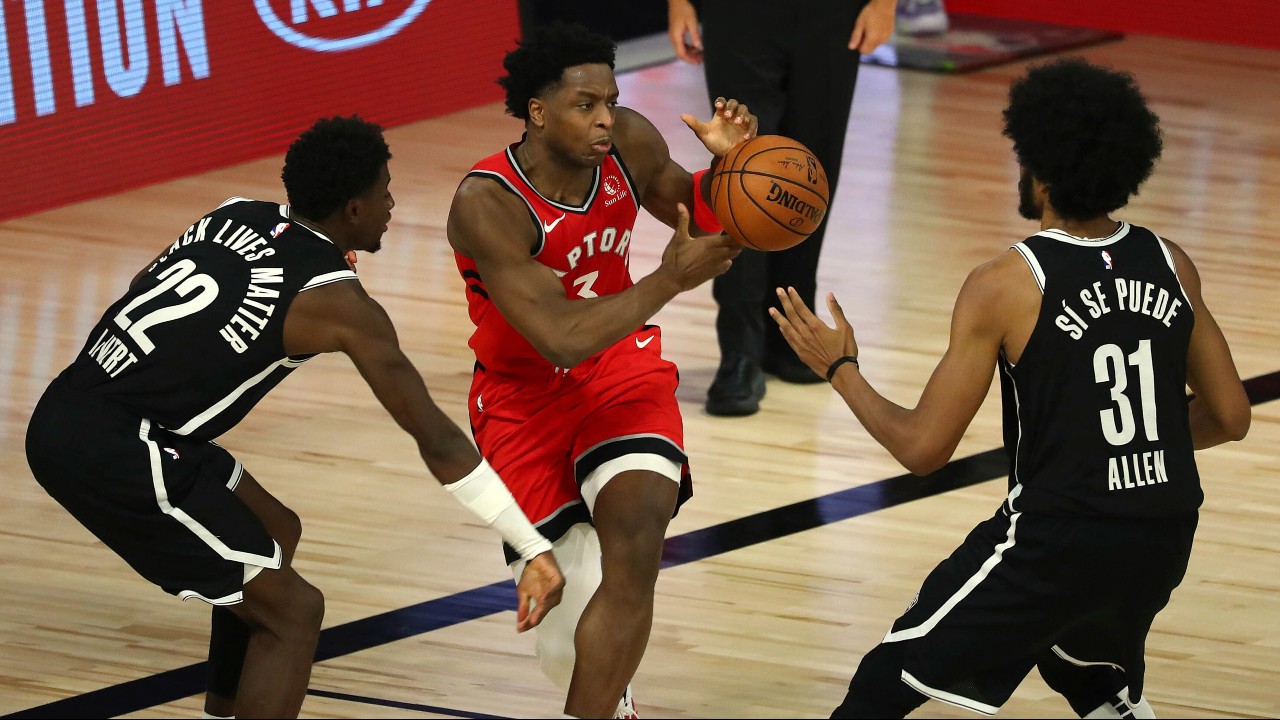 With the start of the NBA regular season less than three weeks away the Toronto Raptors are adjusting to life in their temporary home of Tampa Bay. Forced to relocate due to continued cross-border travel restrictions related to the ongoing pandemic, the Raptors will play home games at Amalie Arena until further notice.

However, with a COVID-19 vaccine looking increasingly likely to roll out at some point in 2021, the odds of the Raptors playing at least one home game in Toronto this season sit at a short -250 in NBA props betting at sportsbooks monitored by OddsShark.com.

But faced with the prospect of living out of hotels for the entirety of the NBA season, the Raptors have taken a step back on the NBA odds.

Victorious in 53 games last season, second most in the NBA, the Raptors’ win total for the upcoming season sits at just 43.5. Toronto remains a -360 favourite to return to the NBA playoffs for an eighth straight season, but their temporary exile from Scotiabank Arena and recent offseason moves have raised questions. While the team locked up Fred VanVleet with a lucrative four-year contract, the departures of Serge Ibaka and Marc Gasol suggest the team is undergoing a changing of the guard.

Those concerns extend to team president Masai Ujiri, who has been in demand around the league since leading Toronto to a championship and sports -110 odds of resigning his position with the Raptors before next season’s NBA playoffs.

Indeed, if the Raptors fall out of postseason contention during their upcoming nomadic campaign, Kyle Lowry’s future with the team could also be in question. The heart and soul of the Raptors since his arrival in Toronto eight years ago, Lowry played a crucial role in the team’s march to an NBA title in 2019. But with Lowry turning 35 in March, and entering the final year of a contract that will pay him $30 million, he is listed as a +250 wager at online betting sites to not finish the season as a member of the Raptors.

While a slow start could place Lowry’s future in question, Drake’s position with the Raptors appears to be eternal. The Toronto-born hip hop star has served as the team’s global ambassador since 2013, and has become a familiar presence around the franchise both on and off the hardwood.

That is not expected to change, even as the global pandemic rages, with the musician sporting -850 odds to take his familiar seat at courtside for at least one Raptors game in the season ahead.

Why Bitcoin Is the Best Investment Opportunity Post-Pandemic. Here’s What Will Drive the Price Higher. – Barron's