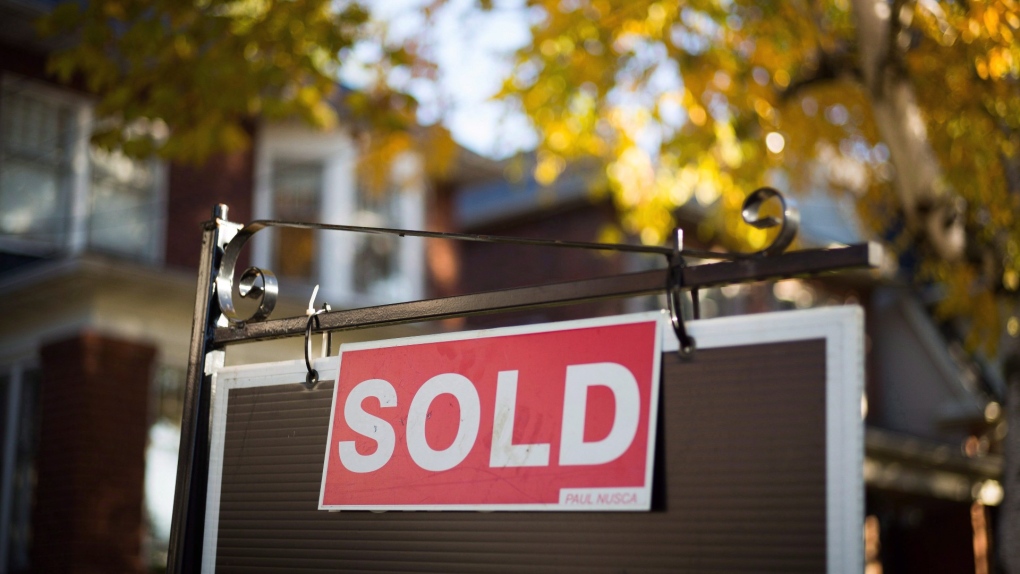 Housing prices in Canada are expected to increase steadily in 2022, with inter-provincial migration continuing in many regions and a short supply of homes in those areas pushing up costs, according to Re/Max’s housing market outlook report published Wednesday.

Sale prices are projected to go up by 9.2 per cent on average across the country next year, the real-estate company estimates. It would follow an already “sensational” year in terms of sales and price appreciation, Re/Max’s president says.

“In the history of our nation, I don’t know of, certainly not in my tenure, of more than 95% of markets being in seller’s market territory,” he told CTVNews.ca in a phone interview. “So it can’t be overstated enough how strong the market was in Canada in 2021.”

That momentum will likely carry forward into next year, Alexander says, with 36 of 38 markets across the country poised to maintain their seller’s status.

Another trend he suspects will continue is inter-provincial migration as investors look for more affordable places to set up shop. The ability to work from home during the COVID-19 pandemic has given some homebuyers the flexibility to shop in different places.

“Remote work has really allowed people to set up in ways that weren’t possible before the pandemic,” Alexander said. “We”e hearing of some people that have moved to a different province but still hold their job in the province they left.”

The report indicates short supply in areas with high demand due to migration is a key factor in driving up the cost of real estate.

Despite prices seemingly set to continue going up, making home ownership more expensive for Canadians, the report says about half of residents across the country still view buying a house as a good investment option for next year.

“I don’t think people are nervous at all,” Alexander said of the real-estate market. “We surveyed a lot of consumers and more than half are confident that the market is going to remain strong for next year.”

Apart from outlining industry trends, the report breaks things down region by region in Canada, offering predictions and projections for different areas in the coming year.

In Western Canada, Calgary and Edmonton became seller’s markets this year, a trend that’s expected to continue into 2022. The report attributes this to heightened demand coming from homebuyers migrating from Ontario and British Columbia while supply remained low.

Cities such as Victoria, Nanaimo and Kelowna in B.C., along with Regina in Saskatchewan, also apparently saw a boost due to incoming buyers searching for more affordability.

Winnipeg is said to be an outlier and it seems will remain a buyer’s market next year, the report says, apparently due to more remote working options in the area.

Brokers in Ontario anticipate steady market activity and price growth in 2022, at least on average. Several regions experienced wild price appreciations across all property types this year, including Brampton (25 per cent), Durham (29 per cent) and London (30 per cent), while Toronto only saw a seven-per-cent increase.

All regions in Atlantic Canada are currently seller’s markets, according to the report, and could see sale prices rise between five and 20 per cent next year.

The spike in demand seems to be driven by out-of-province buyers from Ontario moving to cities like Moncton, Fredericton, Halifax, Charlottetown and St. John’s in search of more affordability.

Although places like Charlottetown may cool off, sales prices in Halifax and Moncton are projected to increase by 16 and 20 per cent, respectively.

A most unusual parcel of land for sale on a busy Toronto avenue is putting to the test the question of whether land has intrinsic value, regardless of its utility.

For sale is 1060 Danforth Ave., an address sandwiched between a church and a medical office about a half-block away from the Donlands subway station. Listed for $49,999, the price is a relative bargain for the Danforth, given the rapid rise in land prices in Toronto. But there is a catch: It is105 feet deep – but less than a foot wide.

“We didn’t list it as a joke,” said Anthony De Cesare of Royal LePage Maximum Realty. “I thought someone would want it.”

Mr. De Cesare met his client, Carlo Scarcello, at the corner store and deli in Woodbridge that Mr. Scarcello runs (he recommends the prosciutto and provolone sandwich) and agreed to help sell his house. But Mr. Scarcello also asked Mr. De Cesare to look into selling this little chunk of Danforth that he also owned. “I put it on MLS and I got so many calls from people,” he said, at least until they found out how wide it was.

Property records help fill in some details about how the strip of land came to be: In 1975, Ruby Gilbert was executing the last will and testament of her late father, Charles Gilbert, who had transferred to his estate a strip of the parcel that is a little more than eight inches wide at the southern half of the property, and then widens a bit as it travels the 105 feet to its northern boundary to a princely 15½ inches. The land extends partway under the wall of the building at 1066 Danforth Ave. (a pharmacy and medical centre), and allows for the shared use of it, such as it is. In 1977, Ms. Gilbert granted the land to her friend Gordon Davidson for $2.00, with the following explanation: “The land has very little value, and as the grantor has no use for it and is a good friend of the grantee, she wishes to transfer the land to the grantee for nominal consideration.”

The records show that 30 years later, Mr. Davidson fell into property tax arrears (the annual property tax bill is about $69 now) and the property was auctioned off by the city and was purchased by Mr. Scarcello in 2013 for $5,065.

“You know what, at this price, I couldn’t afford to resist it,” Mr. Scarcello said. “I always had issues with money my whole life, but I wanted to build myself up to not be always struggling. To me, it was like my chance to buy a piece of land. I figured only land would help me build myself up.”

In a way, the fact of land ownership was more valuable to Mr. Scarcello than any practical use of that land. “Land is about the only thing that can’t fly away. … It gives position and influence and political power,” or at least that’s the view of the landed gentry in Victorian-era England as imagined by Anthony Trollope’s 1867 novel The Last Chronicle of Barset.

“My friends had a lot of laughs with it,” Mr. Scarcello said. “I tell them I own a piece of land; they joke you have to turn sideways to get on it!”

Mr. Scacello said he’s had many ideas of what to do with the sliver of land, everything from planting sunflowers (a passion of his) to maybe renting it out for a billboard. “I was thinking of putting a mailbox on there, maybe anybody overseas could want a Canadian address.” Other than waging a futile battle to keep it graffiti-free he has never managed to improve the land.

On the other hand, it’s possible he could earn a return just by virtue of the passage of time.

According to real estate data experts Altus Group, the cost of residential development land in Toronto has soared 567 per cent since the year 2000. According to Ray Wong, vice-pPresident of Data Operations at Altus Group, the year-to-year data are a little lumpy because the price per acre tends to ebb and flow based on what kind of land sells, but the trend is still way up. Consider that even just in 2010 the price per acre of development land in Toronto was $2.4-million and it is topping $6.9-million an acre in 2021. One factor driving prices recently is scarcity: There are fewer sites and smaller ones hitting the market in the past two years. Between the third quarter of 2020 and the third quarter of 2021, Mr. Wong said development land prices more than doubled. “I was a little bit taken aback by the increases,” he said. “I’m not surprised, but I was little taken aback. That’s better than the stock market!”

Mr. De Cesare hopes someone might purchase this slice of Toronto in order to do a new development. There’s a mid-rise condo project under way just a few addresses west, so it is not entirely impossible. But anyone hoping to squat on the land should be prepared to wait for a payoff, according to experts.

“If you look at land, everything’s been inflated, [Mr. Scarcello’s price is] not out of whack, but it could be sitting there for a long time,” said Ari Silverberg, president of Harbour Equity. Mr. Silverberg does land assembly acquisitions to create developable lands in the GTA, and he’s not sure Mr. Scarcello will get many multiples (let alone 10 times) on his original purchase of such a narrow strip of land. “I truthfully haven’t run into that before; $5,000-$10,000 sounds like the right number. I don’t know that someone bucks up and pays $50,000. If they really wanted to make money, get the two guys beside them together and package it. At that point, paying an extra $50,000 or $100,000 probably doesn’t matter.”

Your house is your most valuable asset. We have a weekly Real Estate newsletter to help you stay on top of news on the housing market, mortgages, the latest closings and more. Sign up today.