On Wednesday, the University of Guelph will consider a motion to divest itself from over $3 million in investments held in the fossil fuel industry following a seven-year effort led by Fossil Free Guelph.

According to a report to the university’s Board of Governors, 11 per cent of the public equity portion of the university’s $32.4-million endowment portfolio contains holdings with fossil fuel reserves.

The same report recommends the university commit to full divestment of all holdings with fossil fuel reserves within the endowment fund over a five-year period beginning in April 2020.

That $3.3-million is part of a broader $23.4-million pooled fund. The report states that to divest from the fossil fuel investments, the university must sell off the entire fund and transition to other investments.

That $3.3-million investment in the fossil fuel industry cited in the report is based on an analysis as of Dec. 31, 2019 and does not factor in the nosedive of much of that sector’s worth in recent weeks, though it’s not known if any of the holdings most affected are held by U of G.

The Board of Governors will make a final decision at its meeting Wednesday.

In September of 2019 the U of G signed on to the United Nations’ principles for responsible investment (PRI), which included a commitment to incorporate Environmental, Social, and Governance (ESG) issues into investment analysis and the decision-making process.

Eighty per cent of the university’s General Endowment Fund is designated for student assistance, like scholarships and bursaries.

In 2017 the Board of Governors made a decision to continue its investments in the fossil fuel industry, but committed to reducing the carbon footprint of its endowment fund portfolio by 10 per cent within two years.

Total divestment was not considered by U of G at that time and Fossil Free Guelph said 10 per cent target by the university was doing the bare minimum in the face of climate change.

At the 2017 meeting, Don O’Leary, U of G’s vice-president of finance, administration and risk, told students that divesting from its stake in fossil fuel companies would have an effect on them, but in the most recent report, longer-term data supports the position that return on investment can be equal to or higher in responsible investment funds

Fossil Free Guelph is a mostly student-run group that seeks divestment by the university from fossil fuel companies entirely over a five-year period.

The total number of units represented by unitholders present in person or by proxy at the Meeting was 186,451,592; representing 58.77% of RioCan’s outstanding units entitled to be voted.

Each of the nominee Trustees listed in the Trust’s Management Information Circular dated April 13, 2020 was elected as a Trustee. RioCan received proxies with regard to voting on the nine Trustees nominated for election, as set forth in the table below:

Ernst & Young LLP, Chartered Accountants, was reappointed as the auditor of the Trust until the next annual meeting of unitholders by resolution passed by a majority of the unitholders. Management received proxies to vote for the appointment of the auditor (and to authorize the Trustees to fix their remuneration) as follows:

The non-binding say-on-pay vote on the Trust’s approach to executive compensation was passed as follows:

About RioCan
RioCan is one of Canada’s largest real estate investment trusts. RioCan owns, manages and develops retail-focused, increasingly mixed-use properties located in prime, high-density transit-oriented areas where Canadians want to shop, live and work. As at March 31, 2020, our portfolio is comprised of 222 properties with an aggregate net leasable area of approximately 38.6 million square feet (at RioCan’s interest) including office, residential rental and 16 development properties. To learn more about us, please visit www.riocan.com.

Through this collaboration, the WEF and Mercer had provided institutional investors with a six-step governance and decision-making framework to pursue attractive risk-adjusted returns. The principles were:

Given this framework, Mercer’s paper rolled out two objectives for institutional investors:

“As illustrated by the COVID-19 pandemic, our economy, society, and planet face numerous long-term, global systemic risks, which need to be mitigated,” said Rich Nuzum, global president of Mercer’s Investments and Retirement business. “Institutional investors have the ability to respond to these challenges and continue to seek positive investment outcomes, while mitigating the effect of these systemic risks. This is especially true when it comes to governance, as sound and robust investment practices can benefit the economy and broader society through periods of market volatility and economic uncertainty.” 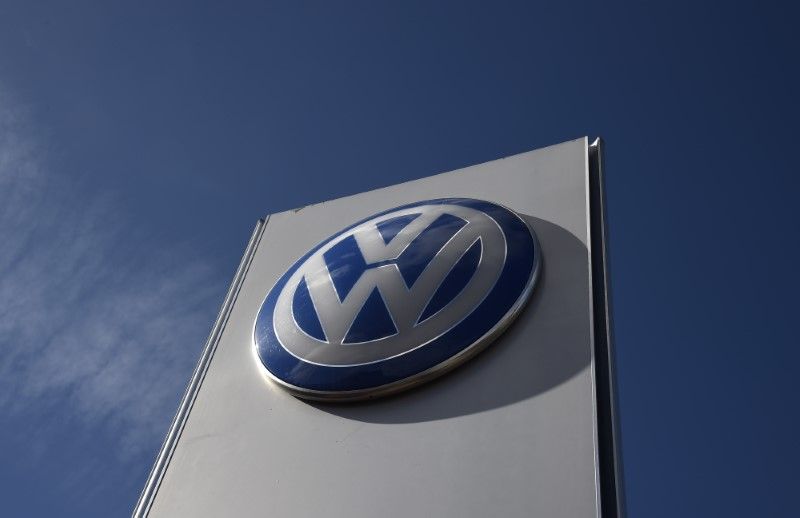 Argo, founded in 2016 by Bryan Salesky and Peter Rander, is now jointly controlled by VW and Ford Motor Co, which made an initial investment in Argo shortly after it was founded.

Details of the VW investment, which does not include an agreement to purchase $500 million worth of Argo stock from Ford, was announced last July.

VW’s agreement includes the transfer to Argo of its Munich-based Autonomous Intelligent Driving unit, which boosts Argo’s employment to more than 1,000, according to Salesky.

Last week, VW disclosed that its supervisory board had approved several projects in a multibillion-dollar alliance with Ford that also was announced last July.

Ford created Ford Autonomous Vehicles LLC in 2018, pledging to invest $4 billion until 2023 and had sought outside investors to help share the spiraling cost of developing autonomous vehicles.

(Reporting by Paul Lienert in Detroit; Editing by Nick Zieminski)