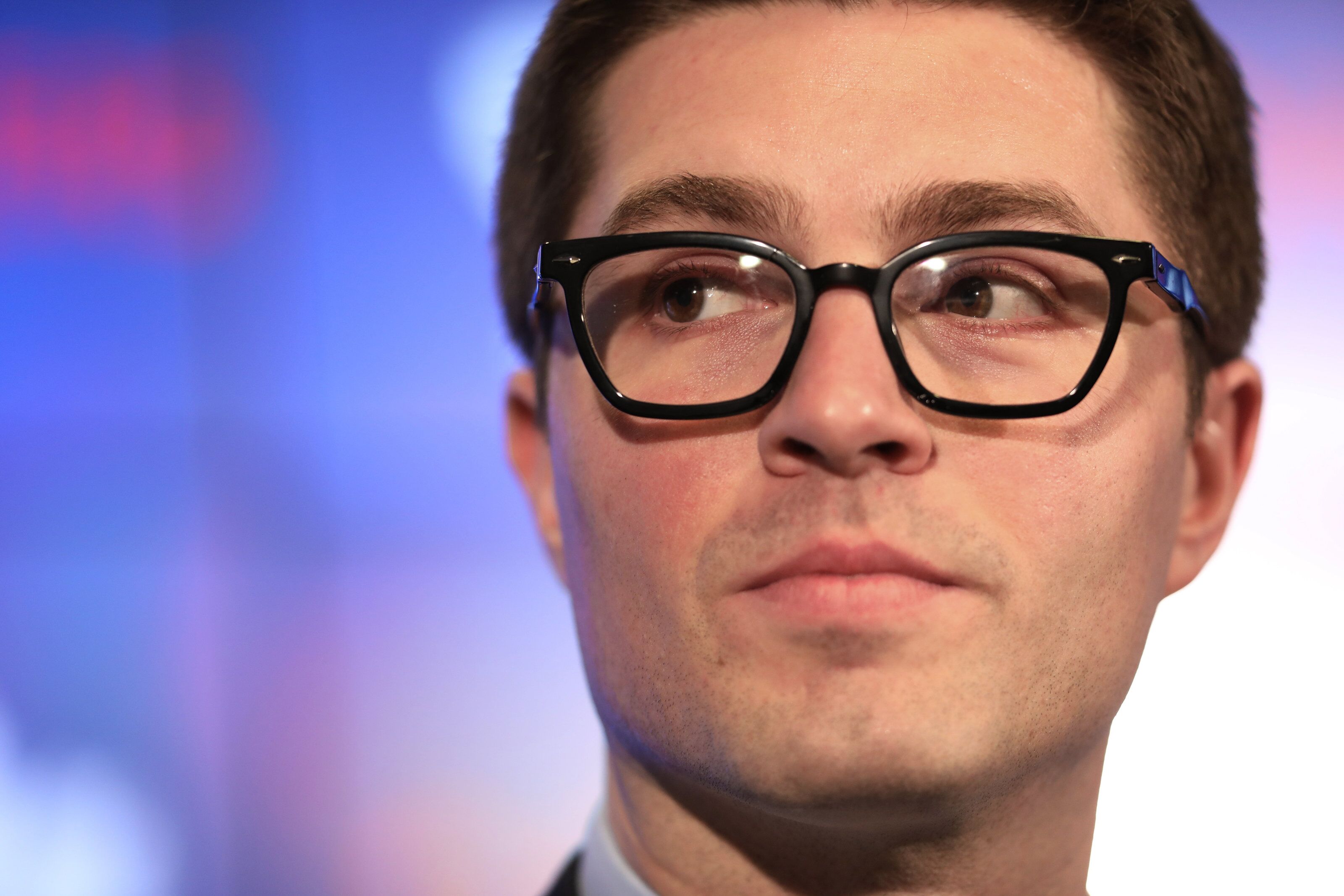 The Toronto Maple Leafs made a big trade this time last year.

On January 28th 2019, the Toronto Maple Leafs added Jake Muzzin from the L.A Kings in exchange for some B prospects and a late first round pick.

The deal has worked out splendidly for the Leafs who added a top pairing defenseman, and one of the best play drivers of the last decade, for next to nothing.

With no first round pick, the Leafs selected Nick Robertson, a player just four days from being too young for the draft, in the second round.  Robertson has lit up the OHL this year and if he was born four days later, would be a for-sure first rounder this year, a fact that negates most of the cost of the Muzzin trade (since the Leafs essentially ended up with a first rounder anyways).

But what will the Toronto Maple Leafs do this year? Does Dubas has another heisting hidden up his sleeve?  Will the league’s best general manager further cement his reputation by adding the player that puts his team over the top?

Complicating the Leafs ability to add players is the fact that (with a fully healthy roster) they are at the salary cap limit.

Johnson has a history of first line production and I find it highly unlikely the Leafs would trade him. Kapanen, however, has mostly disappointed this year, and teams might also overpay for that crazy speed he has.

Ceci is a perfectly adequate #6 but makes too much money for that role.

If the Leafs moved two of these players, they could add almost any piece that could conceivably be available, so cap space isn’t likely to be an issue.

The issue is: what do they want?

You would assume they’d love to add a defenseman, but the Leafs blue-line is a much bigger strength than most people realize.   Rielly, Muzzin, Barrie, Dermott, Sandin, Holl is – in my opinion – an excellent blue line.

I wouldn’t turn my nose up at a solid upgrade, but unless the Leafs are going big game hunting for a player like Ryan Ellis, I don’t see the need.  Why trade for a Ceci upgrade when Liljegren and Sandin already provide you with two?

The Leafs are always rumoured to be after Alexandar Georgiev from the Rangers, but does it make sense to spend a lot of assets on a back-up goalie?  I don’t think it does.  If the price isn’t too high, I’m on board, but I wouldn’t spend too much on a player you’re just gonna lose in the expansion draft anyways.

What I would look at if I was the Leafs is two things: a top pairing defenseman, and a top line forward.

Roster balance is not a necessary thing in a game where you use so many players.  Another elite forward would make the Leafs impossible to defend against and add just as many wins as a top pairing defenseman would.

I think forwards might come without a premium and that you could add a forward that upgrades the team at a cheaper cost than a defenseman.

But if an elite player is not available, I’d stand pat if I was in charge of the Toronto Maple Leafs.  The team is so deep that you’d have to add a very good player for there to be any kind of upgrade.

I wouldn’t, however, be surprised to see the team defy convention and trade for a forward as opposed to the defenseman everyone says they need.

Canucks Extra: Boring into the playoffs and contract updates – The Province

The World Cup in Qatar is sure to be without either Italy or Cristiano Ronaldo.

Italy and Portugal, the current and previous European champions, were drawn into the same qualifying playoff bracket Friday, meaning at least one will fail to qualify for next year’s tournament.

Italy will first face North Macedonia at home in a playoff semifinal next March, and the winner will play away at either Portugal or Turkey for a spot at the World Cup.

Four-time champion Italy failed to qualify for the 2018 World Cup, missing the tournament for the first time since 1958 after losing in the playoffs to Sweden. Now, after winning Euro 2020 in July, it may have to beat Euro 2016 champion Portugal to avoid a second straight failure.

Ronaldo has led Portugal to every World Cup since 2006 and this could be his last attempt at winning international soccer’s biggest trophy. He will turn 37 before next year’s tournament starts.

Ronaldo helped Portugal get through the playoffs for the 2014 World Cup, scoring a hat trick in a 3-2 win over Sweden that featured an epic duel between superstars, with Zlatan Ibrahimović netting twice for the Swedes.

“It’s not worth thinking about (Italy),” Portugal coach Fernando Santos said. “It’s important that we concentrate on beating Turkey.”

Also in the 12-team draw, Scotland will face Ukraine at home, and the winner will play at Wales or Austria in the final of their bracket.

Russia will host Poland for the right to face Sweden or the Czech Republic in their bracket final. Russia or Poland will host the final.

Scotland looks to end a 24-year wait to play at the World Cup while Wales’ only appearance was in 1958.

“At the moment, the way the team is playing, the confidence the boys have got, we would be happy to play anyone, anywhere,” said Scotland coach Steve Clarke, whose team has won six straight since September.

However, Ukraine won at Hampden Park in June, in the Euro 2020 round of 16 against Sweden, and went unbeaten through a World Cup qualifying group won by France.

Sweden will not have Ibrahimović for its semifinal against the Czechs. The 40-year-old forward has a one-game ban for getting yellow cards in the qualifying group.

“We already did it last time (in 2018) and we of course (know) that we can do it again,” said Sweden coach Janne Andersson.

The six playoff semifinals will be played as single-leg games March 24. The three finals are played five days later.

The three winners will complete Europe’s entry of 13 nations in the 32-team lineup in Qatar.

FIFA will make the tournament draw on April 1 in Doha.

The European playoffs feature the 10 teams who finished second in their qualifying groups along with two teams — Austria and the Czechs — who won Nations League groups last year.

Also, FIFA said Qatar will host the intercontinental playoff in June that will decide the last two qualifiers for the tournament.

The intercontinental draw paired the team from Asia against the team from South America, and a team from North American region CONCACAF against Oceania’s representative.

Those qualifying campaigns are still being played.

The winners of the two single-leg games on June 13-14 will complete the 32-team World Cup lineup.

The intercontinental playoff was originally scheduled for March 2022 as two-leg, home and away series. The games were pushed back as the global qualifying program stalled during the COVID-19 pandemic.

For our new readers and members, the Top Six Minutes is a continuation of the discussion in the game thread. We try to keep it light and entertaining. Full recaps are up the morning after every game.

3) Someone has to win that game

One of Italy or Portugal will miss World Cup after qualifying draw – Sportsnet.ca

ZURICH — European champion Italy and Cristiano Ronaldo’s Portugal were drawn in the same World Cup qualifying playoffs bracket Friday, meaning at least one of them will miss next year’s tournament in Qatar.

Italy will face North Macedonia at home in a playoff semifinal next March, and the winner will play away at either Portugal or Turkey for a spot in the World Cup.

The semi-finals are set for the European play-offs!
One team from each of the 3 paths will reach the #WorldCup pic.twitter.com/cvkFwdzQoX

Italy failed to qualify for the 2018 World Cup — losing in the playoffs to Sweden — and now will likely have to beat Ronaldo and Portugal to avoid missing the tournament for a second straight time. Portugal has always qualified during Ronaldo’s career. He first played at the 2006 World Cup.

Also in the 12-team draw, Scotland will face Ukraine at home, and the winner will play at Wales or Austria in the final of their bracket.

Russia will host Poland for the right to face Sweden or the Czech Republic in their bracket final. Russia or Poland will host the final.

The six playoff semifinals will be played as single-leg elimination games March 24. The three finals are played five days later.

The three winners will complete Europe’s entry of 13 nations in the 32-team lineup in Qatar.

FIFA will make the tournament draw on April 1 in Doha.

The playoffs feature the 10 teams who finished second in their qualifying groups along with two teams — Austria and the Czechs — who won Nations League groups last year.

Canada needs to make a tough call on boosters as a new variant emerges – CBC.ca