We keep hearing about the Apple Watch saving lives, and Apple’s working towards a new goal: saving you from a stroke. This is more than just a mere feature rumor, as Apple announced its intent yesterday (Feb. 25), as a part of a massive partnership.

The current Apple Watch Series 5 succeeded as the company pivoted towards health, and Apple’s continuing in that direction with the help of Johnson & Johnson. A press release provided details on J&J’s own app, Heartline Study, which is going to work with the Apple Watch’s heart health features to see if they can “improve health outcomes, including reducing the risk of stroke.”

Hopefully, the Apple Watch and the Heartline Study app can thrive in its attempts to detect atrial fibrillation (AFib) earlier. AFib, which the press release calls “a leading cause of stroke” is especially difficult to detect, because it’s asymptomatic, sneaking up on patients and not giving any warnings — until a cardiovascular event hits.

The Heartline Study, according to Dr. C. Michael Gibson (co-chair of the Heartline Executive Committee and Professor of Medicine at Harvard Medical School), will attempt to see if AFib can be spotted earlier, via Apple Watch technologies such as “the ECG [electrocardiogram] app and irregular rhythm notification feature.”

This study also has the benefit from allowing participants to contribute from their remote locations and their own devices. As the press release notes,”this approach to conducting a clinical trial, if successful, could potentially save time and cost.”

Considering joining the program to increase the pool of collected data? You must be 65 or older to enroll, as well as be a U.S. resident and have Original (traditional) Medicare. They also require you already own an iPhone 6s or later, and allow the companies access to Medicare claims data. 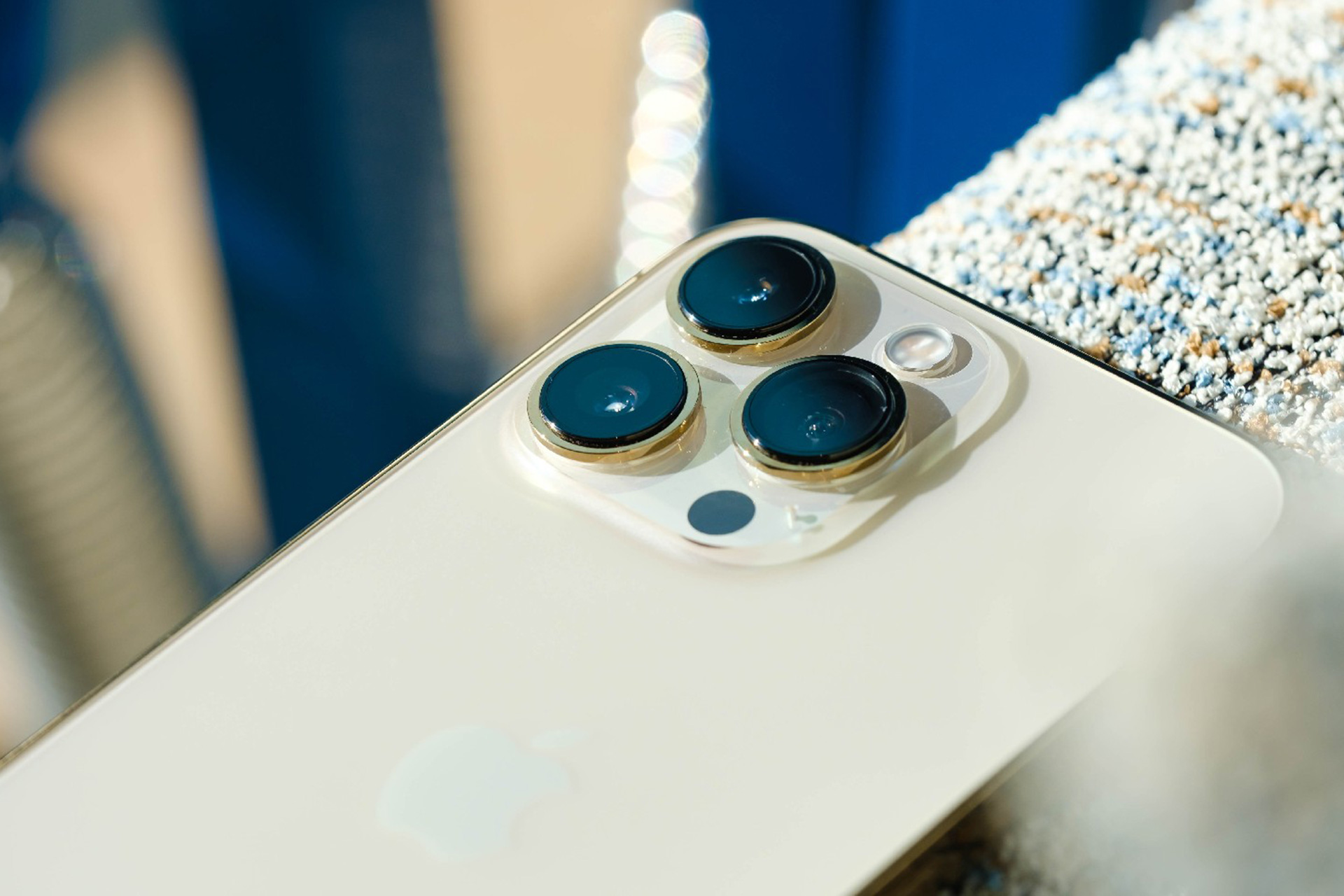 Apple’s seeming about-face on repairability will soon help you spot less-than-honest iPhone repair shops and part sellers. As Gizmodo notes, Apple has revealed iOS 15.2’s settings will include a “parts and service history” section (under General > About) that indicates not only whether the battery, camera and display have been replaced, but will indicate whether or not they’re officially sanctioned Apple parts. If a component is listed as an “unknown part,” it’s either unofficial, an already-used part from another iPhone or malfunctioning.

Just how much you’ll learn depends on your iPhone model. Anyone using an iPhone XR, XS or second-generation iPhone SE can only tell if the battery has been replaced. You’ll need an iPhone 11 or newer to also find out if there’s a display swap, and an iPhone 12 or later to know if the camera has been replaced. Apple stressed that these alerts won’t prevent you from using your device — you’re fine if you’re comfortable using unofficial parts and losing warranty coverage.

iOS 15.2 currently exists as a release candidate for developers, suggesting the finished version will be available relatively soon. It’s not yet clear if iPad owners will see a corresponding part history feature at some point.

The “unknown part” label might not thrill advocates for third-party component options. Apple clearly wants you to use official parts, and that means either taking it in for authorized service or (in 2022) buying parts from Apple. This might help you catch shops lying about the quality of their parts, though, and could be useful if you repair an iPhone yourself and want to be sure your fixes went smoothly.

If there’s one thing Genshin Impact fans love, it’s a new character. Mihoyo teased Hu Tao on YouTube and the video swiftly racked up one million views in a few hours. Throw in a bit more mystery, though, and things really go up a level. Genshin Impact is no stranger to leaks, which means we often catch glimpses of upcoming characters before they’re completed – as you can likely guess, that leads to a lot of excitement and speculation in the fandom when Mihoyo actually teases something.

Genshin Impact fans are currently rather excited about a potential new pal called Kamisato Ayato. We don’t have too much to go on – nor do we know what he actually looks like – though it looks like we now know what he sounds like, and that’s enough for fans.

Mihoyo has released a character teaser (below) for an upcoming big Oni lad called Arataki Itto. He’s the head of the Araktaki gang that’s been causing some mischief for the Tenryou Commission. Once the video fades to black, though, we hear a short clip of a boy speaking to his lord who says that it’s “a pity the Tenryou Commission has arrived”.

While it’s just a tease, fans are convinced it’s Ayato, including one prominent dataminer. Needless to say, though, everyone has now forgotten about poor Itto.

It’s an itto teaser yet people are freaking about ayato #aratakiitto #Ayato pic.twitter.com/bqNS567adg

CONGRATULATIONS TO KAMISATO AYATO FOR ONCE AGAIN TRENDING WITH 5 SECONDS OF A VOICE REVEAL, EVEN THOUGH HE IS STILL FACELESS!! pic.twitter.com/WS17v81M9Q

If you’d like to learn more about the potential addition to Genshin Impact’s cast, you can check out our Genshin Impact Ayato guide. He’s the brother of another character called Ayaka and is pals with Thoma, who we see in Itto’s teaser video.

Through in-game voice lines from Ayaka, Thoma, and Sayu, we learn that Ayato is the head of the Kamisato Clan and is kept rather busy with governmental affairs.

For more anime games, you can follow that link.

miHoYo, developer of Geshin Impact, has unveiled the abilities of the upcoming character Arataki Itto, along with a new teaser trailer. Arataki Itto is the latest playable 5-star character scheduled to arrive in the game during the ongoing 2.3 update. The leader of the Arataki Gang, Genshin Impact‘s Itto got a surprise character reveal on social media in October, supposedly in response to leaks that were coming out at the time.

Genshin Impact’s current 2.3 update is being well-received by players of the popular free-to-play game. The update is the first of the game’s patches to feature its new banner system. Rather than one banner featuring the new 5-star and 4-star characters for the respective update as well as another for reruns of previously released characters, the new system will add a second rerun banner that will be available alongside the first one. This means that during the 2.3 update, a total of three Genshin Impact character banners will be available. The two rerun banners will be released first while the new banner will be released later on.

Developer miHoYo revealed Arataki Itto’s abilities in a new blog post, alongside a character teaser trailer on the Genshin Impact YouTube channel. According to the post, Arataki Itto is a Geo claymore user whose damage primarily comes from his charged attacks due to his unique mechanic. He gains stacks of Superlative Superstrength from his normal attacks, elemental skill, and elemental burst. He can then perform a unique multi-hit charged attack by consuming the said stacks instead of stamina. His normal attack also has the unique trait of not immediately resetting its chain after the player sprints or uses Itto’s elemental skill, called Masatsu Zetsugi: Akaushi Burst.

Itto’s elemental skill sees him throw Ushi, described as the young akaushi bull and auxiliary member of the Genshin Impact Arataki Gang, at an opponent. The impact not only deals Geo damage but also gives Itto a stack of his Superlative Superstrength. Additionally, Ushi also remains on the field and draws the attention of enemies as well as gives Itto even more stacks whenever Ushi takes damage. Lastly, Itto’s elemental burst is called Royal Descent: Behold, Itto the Evil and not only puts Itto into an enraged state but also summons the Oni King’s Kanabou club. While Itto is in this state, all of his attacks deal Geo damage, his attack speed is increased, he gains Superlative Superstrength stacks during the first and third strike of his combo. On the flip side, Itto also takes more damage while he’s enraged.

As for the character teaser trailer, the animated video shows Itto and the other members of the Arataki Gang pulling off a mischievous stunt by taking over the performance of a stage play, even going as far as changing the script of the narration. Unfortunately, both their enjoyment and the audience’s is cut short when the Tenryou Commission, the organization led by Genshin Impact‘s Kujou Sara, arrives to arrest Itto and his crew. The trailer gives players a glimpse into the personality of Itto and the antics he and rest of the Arataki Gang may get up to.

Arataki Itto has been a character of interest since the original leaks, and the official trailer reveal and details from miHoYo have certainly cemented him as one of the most exciting characters to look into when his banner is released. Players will just have to wait until he’s available and hope they’re able to unlock him before they run out of Primogems or Wishes, but when it comes to dealing damage, the character has the potential to end up being one of the best Geo characters in Genshin Impact.

Genshin Impact is available on PlayStation 4, PC, iOS, and Android.