On March 20, Animal Crossing: New Horizons was released worldwide. The newest game in the popular Nintendo franchise was released at the perfect time, with folks needing an escape from the stresses of current events and also a fun way to connect with friends and loved ones while social distancing.

For those who have never played an Animal Crossing game, New Horizons follows the same basic premise of the other games in the franchise: You are dropped into a new place filled with cute little animal companions for company. In this case, you land on a deserted island, where you can catch local fauna (bugs & fish), plant trees, build furniture, tools, and amenities, and enjoy island life with your animal residents or bring your friends over for a visit! The game syncs to your calendar and clock, so depending on the time and season things happening on the island will change.

One fun feature in the game is the ability to make your own custom designs for items like wallpaper, flooring, and clothes. And hockey fans have definitely ran with making sure they can show off their team’s pride in-game.

RMNB’s Donya Abramo use the custom design editor to make her very own Braden Holtby jersey!

She also made an away variant, and a Sabres jersey as well.

Her inspiration came from user @TheMizCB on twitter, who had made their own Holtby jersey:

@russianmachine if anyone wants a Holtby jersey for New Horizons I can send y’all the QR codes! I also have a road and throwbacks! DM me! pic.twitter.com/EyKIovZSfG

definitely meant to include the picture my bad lmao i am 100% animal crossing n00b so i like. didn’t know how to make it the full sleeve actual jersey lmao pic.twitter.com/XlsFSiZRYJ

Designing caps related things over and over again pic.twitter.com/5ZwgJGwJjI

On Reddit, user u/Goomba_Face made a whole smorgasbord of NHL jerseys for your character to wear (the designs can be scanned into the game via QR code using the NookLink secion of the Nintendo Switch app on your mobile device). Including several throwback Capitals designs:

RMNB’s Rachel Cohen (it me!) also couldn’t wait for the game’s release. So using that hype as my inspiration, I drew every NHL mascot how I imagined they would look like a villager in Animal Crossing!

I am SO UNBELIEVABLY HYPE for Animal Crossing: New Horizons coming out next week so I’ve decided to take a crack at drawing all the NHL’s Mascots how I think they’d look as an AC Villager. 🍃 pic.twitter.com/wkHoPr2eNf

My favorites from the series include:

Harvey the Hound from Calgary

@HarveyTheHound_ was the NHL’s VERY 1ST MASCOT, entertaining fans of the @NHLFlames since 1983.

Harvey made headlines in 2003 when EDM coach Craig McTavish, fed up w/ Harvey’s taunting, tore off his signature red tongue! This pup is hockey tough tho, and was quickly patched up. pic.twitter.com/Hre7vzZ9hQ

During the 1952 NHL Playoffs, the tradition of throwing an
octopus onto the @DetroitRedWings‘ rink for luck was born.

Al the Octopus made his official debut in Hockeytown during the 1995 playoffs, and is named after the team’s arena manager, Al Sobotka. #LGRW pic.twitter.com/rFdmyi8O6h

“IT ME.” @GrittyNHL is the NHL’s newest mascot, emerging from his secret hideout in 2018 due to construction at the @NHLFlyers‘ arena.

An odd but always lovable guy, Gritty enjoys making lot of mischief with opposing teams, but loves his fans, aka “gritizens.” #FlyOrDie pic.twitter.com/xVve2bvhxd

Fin of the Vancouver Canucks

The original model for the Great Seal of the USA, @Caps_Slapshot is a bald eagle who has been Unleashing the Fury with the @Capitals since “landing gracefully somewhere between the penalty box and the blue line” in 1995.

The whole series is also available as a printed zine, with fun little factoids about each team’s mascot.

Are you showing off your hockey team’s pride in New Horizons?? If so, show us how! And in these turbulent times, we should all take to heart the wise words of the fortune teller Katrina and remember that the bad times… are just times that are bad.

You Can Poop In Animal Crossing: New Horizons – Kotaku

A remake of the 1999 Resident Evil 3, a playstyle that is similar to Resident Evil2’s remake in 2019, yep we landed at Resident Evil 3 (Nemesis). Resident Evil 3 stars Jill Valentine as she escapes from Raccoon City while being pursued by the unrelenting bioweapon Nemesis. Players can also participate in previously untold Umbrella experiments on the outskirts of Raccoon City in the included online asymmetrical multiplayer game Resident Evil Resistance, previously known as the working title Project Resistance.  obviously the Remake looks better, however, it’s really cool comparing these two versions. In case you didn’t know, Resident Evil 3 originally came out twenty years ago, in 1999 and as such, there has been quite a graphical evolution of RE3.

The PC version has better visuals based on new graphical and technical enhancements for deeper immersion. It is the third installment in the Resident Evil series and takes place in two parts, before and after the events of Resident Evil 2. The story follows Jill Valentine and her efforts to escape from a city infected with a biological weapon. Choices through the game affect the story and ending. The game uses the same engine as its predecessors and features 3D models over pre-rendered backgrounds with fixed camera angles. Originally planned as a spin-off featuring a different protagonist, Resident Evil 3 was designed to have more action-oriented gameplay than previous Resident Evil games. It features a larger number of enemies and introduces the Nemesis creature, which periodically pursues the player. Accompanied by a major marketing campaign, Resident Evil 3 received positive reviews and sold more than three million copies worldwide. Critics praised the game’s detailed graphics and the Nemesis as an intimidating villain, but some criticized its short length and story. 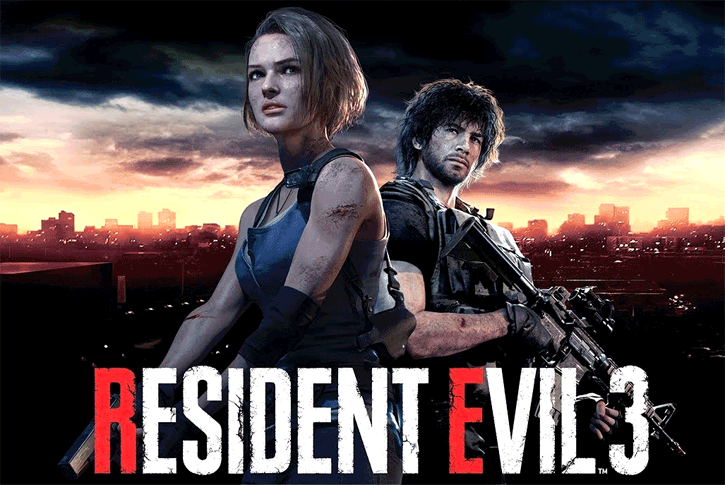 Chinese phone maker OnePlus will announce its latest flagship phones for the year, known as the OnePlus 8 and the 8 Pro, on April 14. Known for selling premium Android phones at hundreds of dollars less than its competitors like Samsung and Google, OnePlus will unveil the devices through a digital event.

As follow-ups to the OnePlus 7 and 7 Pro, the phones are confirmed to have 5G connectivity and 120Hz displays, a step up from 2019’s 90Hz screens. Because of these features, the phones are likely to be pricier than last year’s, something OnePlus CEO Pete Lau anticipated.

“We’ve always had a position in creating the best product possible at the best price point,” said Lau in a interview earlier this month. “The new technology does add costs so costs have risen in comparison to 4G products.”

Other rumors include a hole-punch screen for the front-facing camera, a Snapdragon 865 processor and a new teal color. A possible budget-minded variant called the OnePlus 8 Lite has been floated as well.

For more information, check back with CNET on April 14 as we will be covering the announcement and let us know if you’re planning to get a OnePlus 8 or 8 Pro.

OnePlus confirms an April 2020 launch for the 8 series – Notebookcheck.net

I became a professional writer and editor shortly after graduation. My degrees are in biomedical sciences; however, they led to some experience in the biotech area, which convinced me of its potential to revolutionize our health, environment and lives in general.
This developed into an all-consuming interest in more aspects of tech over time: I can never write enough on the latest electronics, gadgets and innovations. My other interests include imaging, astronomy, and streaming all the things. Oh, and coffee.

The Olympics and Paralympics have new dates – Canadian Cycling Magazine

Winnipeg lupus patients on edge amid shortage of drug at centre of COVID-19 trials – CBC.ca