Stretching like a celestial bridge across space, Arp 248 — also known as Wild’s Triplet — is a spectacular sight for keen-eyed astronomers.

The Hubble Space Telescope offers a new view of the mesmerizing trio in a photo released on Oct 31 that shows the dynamism of tidal tails at play, according to a statement (opens in new tab) from the European Space Agency, a partner on the mission. A tidal tail is an elongated trail of gas, dust, and stars formed by the mutual gravity of the two galaxies. In the new image, a tidal tail from one of the two foreground galaxies appears to connect the pair of galaxies, while the third galaxy in Wild’s triplet is just outside of the frame of the Hubble photo.

The two foreground galaxies in Wild’s Triplet are located about 200 million light-years from Earth in the constellation Virgo. The unrelated galaxy in the background is much farther away and isn’t interacting with the triplet. The system was first discovered by astronomer Paul Wild in 1953 while working with Fritz Zwicky at Caltech.

Related: The best Hubble Space Telescope images of all time!

The trio is included in both “A Catalogue Of Southern Peculiar Galaxies And Associations,” produced by astronomers Halton Arp and Barry Madore, and “Atlas of Peculiar Galaxies,” by Arp. These collections feature unusual galaxies, including Arp 248 alongside galaxies with odd numbers of arms, peculiar structures and more.

Hubble is working its way through the galaxies included in the catalogs. The Wild’s Triplet photo comes from its Advanced Camera for Surveys, which is searching for potential candidates for follow-up observation using more sophisticated instruments, like the James Webb Space Telescope and the Atacama Large Millimeter/submillimeter Array (ALMA) in Chile.

Given the overwhelming number of objects in the sky that scientists could study, projects such as Hubble’s tour of Arp galaxies are helpful in narrowing down targets for more in-depth observations, since the limited amount of telescope time available to astronomers makes that time very precious. Knowing in advance that something about a target sets it apart from the rest is a great way to narrow things down and make the best use of limited resources.

Gaze Slack-jawed at the Haunting Beauty of Galaxy NGC 1566, Captured by JWST

A new artificial intelligence algorithm created by a Toronto student is helping researchers search the stars for signs of life.

Peter Xiangyuan Ma, a University of Toronto undergraduate student and researcher, said he started working on the algorithm while he was in Grade 12 during the pandemic.

“I was just looking for projects and I was interested in astronomy,” he told CTV News Toronto.

The idea was to help distinguish between technological radio signals created by human technologies and signals that were potentially coming from other forms of life in space.

“What we’re looking for is signs of technology that signifies if the sender is intelligent or not. And so unsurprised to us, we keep on finding ourselves,” Ma explained. “We don’t want to be looking at our own noisy signals.”

Using this algorithm, Ma said researchers were able to discover eight new radio signals being emitted from five different stars about 30 to 90 light years away from the Earth.

These signals, Ma said, would disappear when researchers looked away from it, which rules out, for the most part, interference from a signal originating from Earth. When they returned to the area, the signal was still there.

“We’re all very suspicious and scratching our heads,” he said. “We proved that we found things that we wanted to find … now, what do we do with all these? That’s another separate issue.”

Steve Croft, Project Scientist for Breakthrough Listen on the Green Bank Telescope, the institute whose open source data was the inspiration for Ma’s algorithm, said that finding radio signals in space is like trying to find a needle in a haystack.

“You’ve got to recognize the haystack itself and make sure that you don’t throw the needle away as you’re looking at the individual pieces of hay,” Croft, who collaborated on Ma’s research, told CTV News Toronto.

Croft said algorithms being used to discover these signals have to account for multiple characteristics, including the position they are coming from in the sky and whether or not the transmission changes over time, which could indicate if it’s coming from a rotating planet or star.

“The algorithm that Peter developed has enabled us to do this more efficiently,” he said.

The challenge, Croft says, is recognizing that false positives may exist despite a signal meeting this criteria. What could be signs of extraterrestrial life may also just be a “weirdly shaped bit of a haystack,” he added.

“And so that’s why we have to go back and look again and see if the signal still there. And with these particular examples that Peter found with his algorithm, the signal was not there when we pointed the telescope back again. And so we sort of can’t say one way or another, is this genuine?”

Researchers have been searching the sky for technologically-generated signals since the 1960s, searching thousands of stars and galaxies for signs of intelligent life. The process is called “SETI,” or “the Search for Extraterrestrial Intelligence.”

But interference from our own radio signals has always proven to be a challenge. Croft says most pieces of technology have some kind of Bluetooth or wireless wave element that creates static, resulting in larger amounts of data needed to be collected.

“That’s a challenge but also computing provides the solution,” he said.

“So the computing and particularly the machine-learning algorithms gives us the power to search through this big haystack, looking for the needle of an interesting signal.”

Ma said that while we may not have found a “technosignal” just yet, we shouldn’t give up. The next step would be to employ multiple kinds of search algorithms to find more and more signals to study. 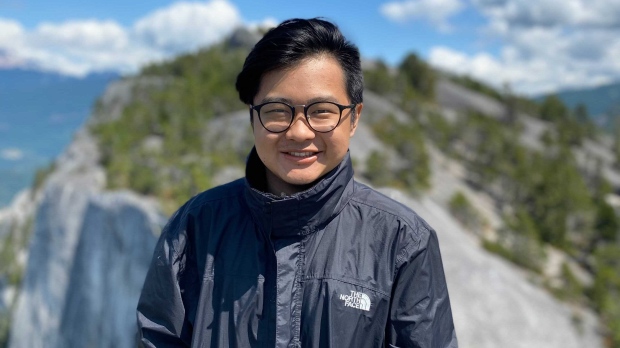 While the “dream” is to find evidence of life, Ma says he is more focused on the scientific efforts of actively looking for it.

This sentiment is echoed by Croft, who said he is most fascinating in working towards answering the question of whether humans are alone in this universe.

“I don’t show up to work every day, thinking I’m going to find aliens, but I do show up for work. So you know, I’ve got sort of some optimism.”

How to spot the green comet in Manitoba

Space enthusiasts in the province will get the chance to potentially see a rare green comet over the next couple of days.

The comet was discovered by astronomers in southern California last year and it was determined the last time it passed Earth was around 50,000 years ago.

Mike Jensen, the planetarium and science gallery program supervisor at the Manitoba Museum, said the time between appearances and the colour of the comet makes this unique compared to others.

“The last time it would have appeared anywhere within the region of visibility to Earth, we’re talking primitive humans walking the Earth,” said Jensen. “And then yes, its colour. Most people associate comets, they’re often referred to as ghosts of the night sky because they often have a bit of a whitish-blue appearance. This one’s got a bit of green to it. Comets are all made up of different types of material, this just happens to have a bit more of some carbon elements in it.”

Jensen notes the green tint on the comet will be subtle, comparing it to the subtle red that surrounds Mars in the night sky.

Wednesday and Thursday are the best days to see the comet as Jensen said that’s when it will be closest to Earth – 42 million kilometres away.

“That proximity to us means it does get to its best visibility for us. The added advantage is it’s also appearing sort of high up in the northern sky, which puts it amongst the circumpolar stars of our night sky. In other words, the stars that are circling around the North Star.”

Now, just because the comet is close enough to be visible doesn’t mean it will be the easiest to see in the night sky according to Jensen. He said there are a few factors that play into having a successful sighting.

First, he suggests getting out of the city and away from the lights, noting, the darker it is, the better. If people head outside city limits, Jensen recommends people dress warmly, saying comet watching in the winter is not for the “faint of heart.”

Secondly, he said even though it might be possible to see the comet with the naked eye, he still suggests bringing binoculars to improve people’s chances. He also recommends checking star maps before leaving to get the most accurate location of where the comet may be.

Lastly, even if all of that is achieved, Jensen notes people will have to battle with the light of the moon, as it is close to a full moon.

“I’m not trying to dissuade anybody from going out to see it, but certainly, there’s going to be some hurdles to overcome in order to be able to spot it on your own.”

If people don’t want to go outside to see it, he said there are plenty of resources online to find digital views.

Yogi, Paddington and Winnie the Pooh, move over. There’s a new bear in town. Or on Mars, anyway.

The beaming face of a cute-looking teddy bear appears to have been carved into the surface of our nearest planetary neighbor, waiting for a passing satellite to discover it.

And when the Mars Reconnaissance Orbiter passed over last month, carrying aboard the most powerful camera ever to venture into the Solar System, that’s exactly what happened.

Scientists operating the HiRISE (High Resolution Imaging Science Experiment), which has been circling Mars since 2006, crunched the data that made it back to Earth, and have now published a picture of the face.

“There’s a hill with a V-shaped collapse structure (the nose), two craters (the eyes), and a circular fracture pattern (the head),” said scientists at the University of Arizona, which operates the kit.

Each one of the features in the 2,000-meter (1.25-mile)-wide face has a possible explanation that hints at just how active the surface of the planet is.

“The circular fracture pattern might be due to the settling of a deposit over a buried impact crater,” the scientists said.

“Maybe the nose is a volcanic or mud vent and the deposit could be lava or mud flows?”

HiRISE, one of six instruments aboard the Orbiter, snaps super-detailed pictures of the Red Planet helping to map the surface for possible future missions, either by humans or robots.

Over the last ten years the team has managed to capture images of avalanches as they happened, and discovered dark flows that could be some kind of liquid.

They’ve also found dust devils twirling across the Martian surface, as well as a feature that some people thought looked a lot like Star Trek’s Starfleet logo.

One thing they have not found, however, is the little green men who were once popularly believed to inhabit the planet.

Why Live Casinos are Taking the Canadian Gaming Community by Storm