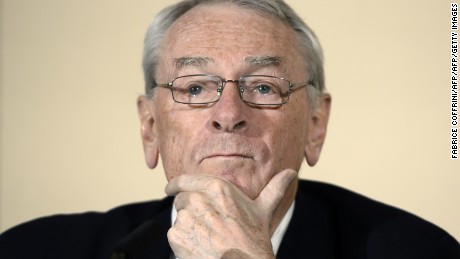 The Games are scheduled to take place in Japan from July 24 to August 9, but there have been calls to cancel or put off the event until later in the year or 2021 as the world continues to grapple with the pandemic, which has killed thousands globally.
Pound’s comments followed the International Olympic Committee’s executive board saying it is considering postponing — but not canceling — the Games. Pound said he was speaking for himself, not the IOC. He is the longest-serving IOC member but does not serve on the executive board.
The IOC board has said it is considering several options to deal with the ongoing outbreak, including modifying plans to allow the 2020 Tokyo Games to begin on schedule July 24 or changing the start date for the Games.
The IOC executive board ruled out canceling the Games, saying it would “destroy the Olympic dream of 11,000 athletes” and all those who support them, according to a letter to athletes from IOC President Thomas Bach.
Pound said: “I see no other rational interpretation of the statements made by the IOC yesterday. If there was to be a cancellation, that would have been easy to announce; if carrying on with the original plan, there was no need for a communication. That leaves postponement.”
Mark Adams, a spokesman for the IOC, told CNN, “It is the right of every IOC member to interpret the decision of the IOC (executive board) which was announced yesterday.”
The Olympics have never been rescheduled in peacetime. In 1916, 1940 and 1944, the Games were canceled because of world wars.

Other major sports events have been rescheduled 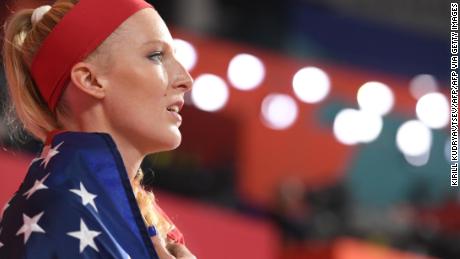 On March 17, Japan’s Olympic minister Seiko Hashimoto said the country was planning for a “complete” hosting of the Games, which she went on to explain meant an Olympics which “started on time and with spectators in attendance.”
But as countries attempt to limit the spread of coronavirus, Olympic organizers have been forced to concede it may not be possible for the Games to go ahead as planned.
Sports events around the globe, competitions once regarded as shatterproof, have already been suspended or postponed.
The NBA, Major League Baseball, the WNBA and the European soccer seasons are some of the billion-dollar sports leagues stopped by the coronavirus.
Euro 2020 — the European Football Championship — has been postponed until next year, while golf, horse racing and prestigious marathons have also been impacted.
For weeks, organizers had said Tokyo 2020 would go ahead as planned. But the pressure — both inside and outside the Olympic movement — for a change became overwhelming as wider society began shutting down in response to the virus.
Canada and Australia became the first countries to pull its athletes out of the Games while other national organizing committees, individuals and athletic groups urged the IOC to reconsider its plans, prompting a change of tone from the organizing committee.

After the Montreal Canadiens stunned the Pittsburgh Penguins to qualify for the 2020 NHL Playoffs, many of the plaudits went to Carey Price in net. While it’s deserved praise, many pundits and fans alike thought that the Canadiens stood no chance against the Philadelphia Flyers unless Price was god-like between the pipes. Two things are true with that after Friday’s game: Price has been out of this world through two games of this series as well, and also didn’t need to be in Friday’s 5-0 shutout.

It sounds strange to say given Price’s shutout, but the Flyers rarely seemed to put Price in a position of danger. Even their few good chances were casually brushed aside by the Montreal netminder. He was mostly great, but based on the play of the Flyers, he wasn’t the biggest factor in Montreal securing a huge victory.

Right from the outset, Montreal dominated possession of the puck. It took Philadelphia 17 minutes to register a shot on net, and in that time Montreal had built up a two-goal lead, and would add another early in the next period. In short, the Habs’ offence came to play in all facets.

Looking at the above chart, at no point in time did the Flyers mount an even remotely threatening attack, while Montreal jumped into the game and never took their foot off the gas.

This was the best we’ve seen the Canadiens in a long time, and certainly in this post-season. Their Achilles’ heel has been a lack of elite finishing talent, and in Friday’s game they just wore down the Flyers like a river erodes its banks. Sooner or later things break down, and in the case of the Habs it was in the form of goals against Carter Hart and Brian Elliott.

A saying I’ve said multiple times recently is that “goalies can’t score goals” in regard to Price having to do so much on his own. Yesterday at least, he ddin’t have to. Montreal had always put up impressive shot numbers during the season, and now they may be starting to find the back of the net.

The Canadiens can win this series against the Flyers, and they can do it without relying solely on their franchise goalie.

Boston Bruins goaltender Tuukka Rask has opted out of the NHL playoffs.

The team announced the change on Twitter on Saturday morning, less than two hours before their third game in their series against the Carolina Hurricanes.

“I want to be with my teammates competing, but at this moment there are things more important than hockey in my life, and that is being with my family,” Rask said in a statement. “I want to thank the Bruins and my teammates for their support and wish them success.”

The Bruins are currently tied 1-1 in their series against the Hurricanes.

Jaroslav Halak will take over starting goalie duties for the Bruins.

When the NHL first returned to play, Rask missed the start of the play-in due to COVID-19 concerns. After reports of a cough, he quarantined for two days in his hotel room before being allowed to hit the ice.

Rask hasn’t been shy about his criticism when it comes to the playoff environment in Toronto. While you’re trying to play as hard as you can, he said, the series “doesn’t really feel like playoff hockey out there.”

“There’s no fans, so it’s kind of like playing an exhibition game,” he said, adding that while there can still be scrums after the whistle, “there’s no atmosphere.”

Don Sweeney, the Bruins’ general manager, said Rask’s comments weren’t related to his departure but acknowledged that he was having a “tough time being away in this environment.”

“This is playoff hockey, let’s make no mistake about it,” Sweeney said during a media availability before Game 3 on Saturday. “Tuukka, in his own right, felt that he needed to be elsewhere rather than being here in this current situation.

“He’s the same goaltender that went to the Stanley Cup finals in a Game 7 last year … and he’ll be the same player when we get up and running again next year.”

Here are Tuukka Rask’s full comments on the atmosphere up in Toronto: <a href=”https://t.co/5qQU4BDA3N”>pic.twitter.com/5qQU4BDA3N</a>

And while Rask didn’t give any indication to the team that he was “absolutely” going to opt out, Sweeney said the decision didn’t come as a surprise.

“The priority for Tuukka at this point and time — and rightfully so — has to be his family, and we support that,” he said, adding that Rask’s family is healthy and safe.

The Bruins goalie has three daughters, one of them a newborn.

Rask is one of three finalists for the Vezina Trophy, awarded to the NHL’s top goaltender.

Alphonso Davies has arrived on the global stage.

The 19-year-old Canadian soccer star just wowed fans from around the world setting up a world-class goal in the Champions League quarter-final.

The former Vancouver Whitecaps midfielder who now stars as a left back for Bayern Munich in Germany, Davies’ assist on Bayern’s fifth goal was truly amazing.

Davies danced past two FC Barcelona players before blowing by a defender and setting up a teammate for Bayern’s fifth goal of the match. I repeat, he did this against FC Barcelona, one of the best teams on the planet.

Bayern won the match 8-2 and will play in the Champions League semi-final on August 19.

It’s been a superb season for Davies, who has taken his game to another level. A key player on Bayern’s Bundesliga championship squad, Davies is now widely considered one of the best left backs in the entire world.

Not only did Davies star on the world stage, he did so playing against one of his idols, Lionel Messi.

This is a dream come true for Davies, who said in 2018 he was most looking forward to playing in Champions League matches prior to making the move to Europe.

“At a very young age, every time you hear that [Champions League] song come on, you know something special is about to happen,” Davies told Daily Hive two years ago.

“Whoever made the Champions League is a brilliant guy… Having the top teams from Spain, England, Germany – all over Europe – to play against each other, it’s exciting to watch.”

He just made it more exciting.

The @MLS academy product Alphonso Davies, is the best left back in the World right now.

7 months after starting in the position full-time for Bayern.

Alphonso Davies breaking the internet and Nélson Semedo. All of the filth 🔥

Alphonso Davies is a generational talent.

That’s one of the best assists you’ll ever see! 🔥🔥🔥

Me wondering how Alphonso Davies just did that to Barcelona defenders…… #FCBFCB #UCL pic.twitter.com/ZKbaQuHznO

Four separate feints/dummies in one assist, from Alphonso Davies

Alphonso Davies has been better offensively than Lionel Messi today. He’s a defender.

Lisbon police have an APB on one Alphonso Davies for allegedly “swallowing a man’s soul.”

Alphonso Davies, take a bow! What a player!

The best player in the world … Getting helped up by Lionel Messi 😉 pic.twitter.com/YjoZcJ2ffc

'Canary in the coal mine': Greenland ice has shrunk beyond return, study finds – CBC.ca