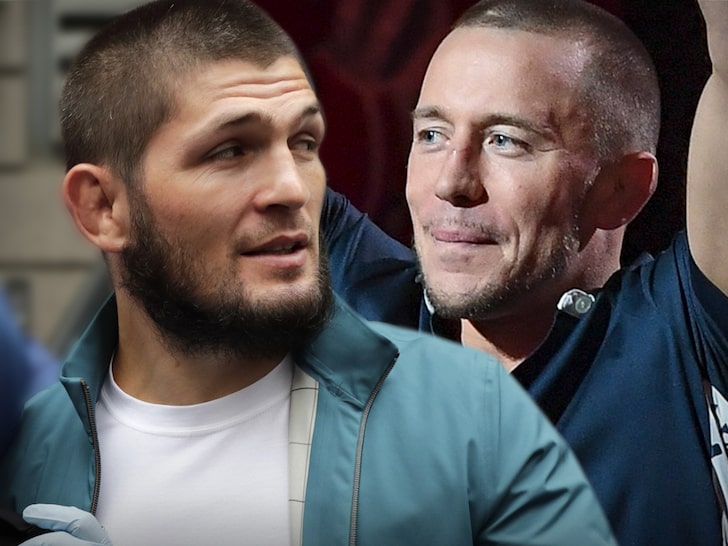 It’s starting to make more sense why Khabib Nurmagomedov so badly wants to fight Georges St-Pierre — it was his father’s plan.

Khabib’s dad, Abdulmanap Nurmagomedov, passed away back in July after battling COVID. Khabib and his dad were extremely close. Abdulmanap trained him since he was a little kid back in Dagestan. 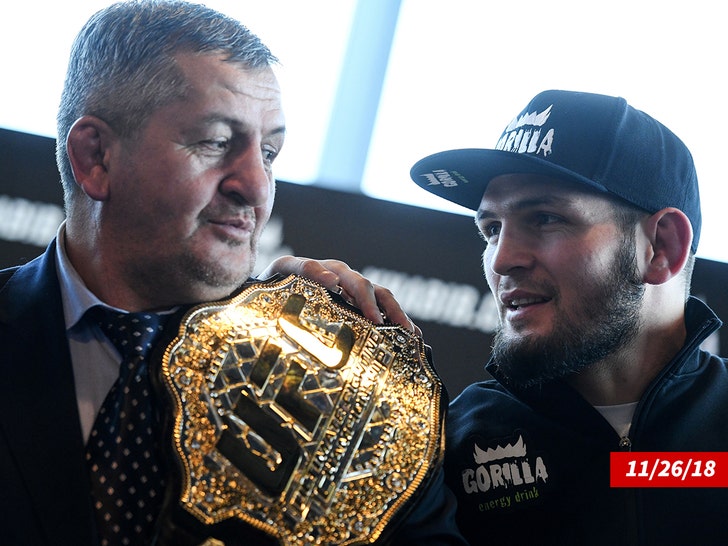 Khabib will step back in the Octagon for the first time since his father’s death on Saturday to take on Justin Gaethje at UFC 254 … but he’s talked publicly about wanting GSP as his next opponent.

We spoke with Khabib’s trainer Javier Mendez who tells us he was with Khabib and his father in Dagestan back in 2019, when Abdulmanap talked about his dream for Khabib to fight St-Pierre. 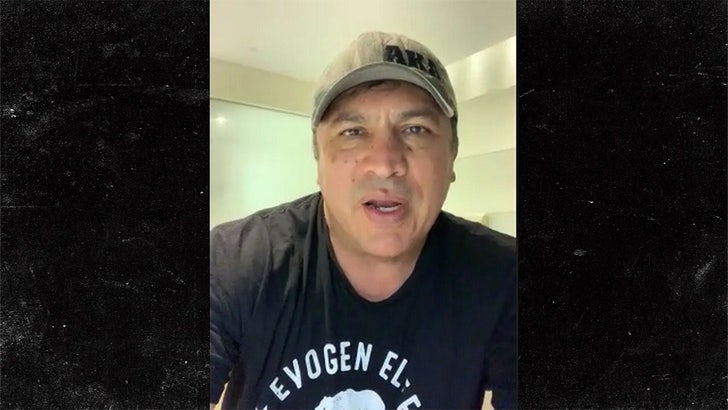 “I was present when they had that conversation,” Mendez says … “That was the one he talked about as the fight his father would want to see … him fight GSP at 155 pounds.”

“His father respected GSP probably more than anybody out of all the people he admired … and therefore he wanted his son to fight GSP at some point.”

In other words, it seems Khabib is calling out GSP in the hopes of honoring his father’s wishes.

In the meantime, Javier tells us he’s been incorporating Abdulmanap’s training techniques for the Gaethje fight — reminding Khabib to follow “Father’s Plan.” 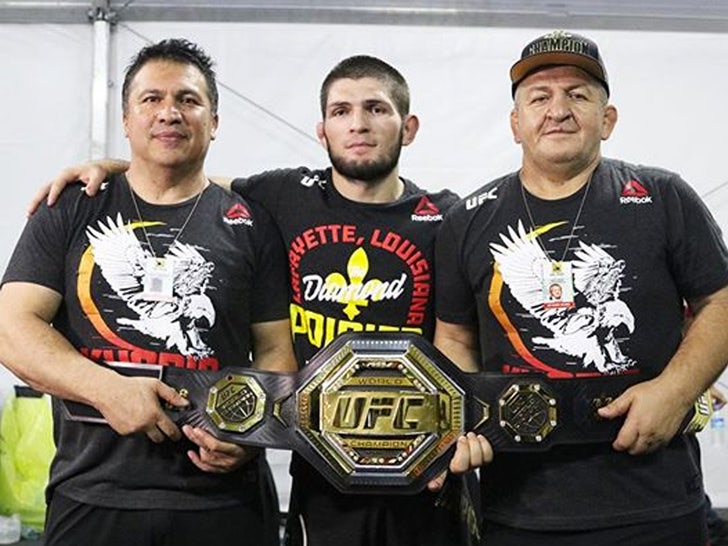 “I’ve always used ‘Father’s Plan’ because I want to honor the man who taught him everything,” Mendez says. 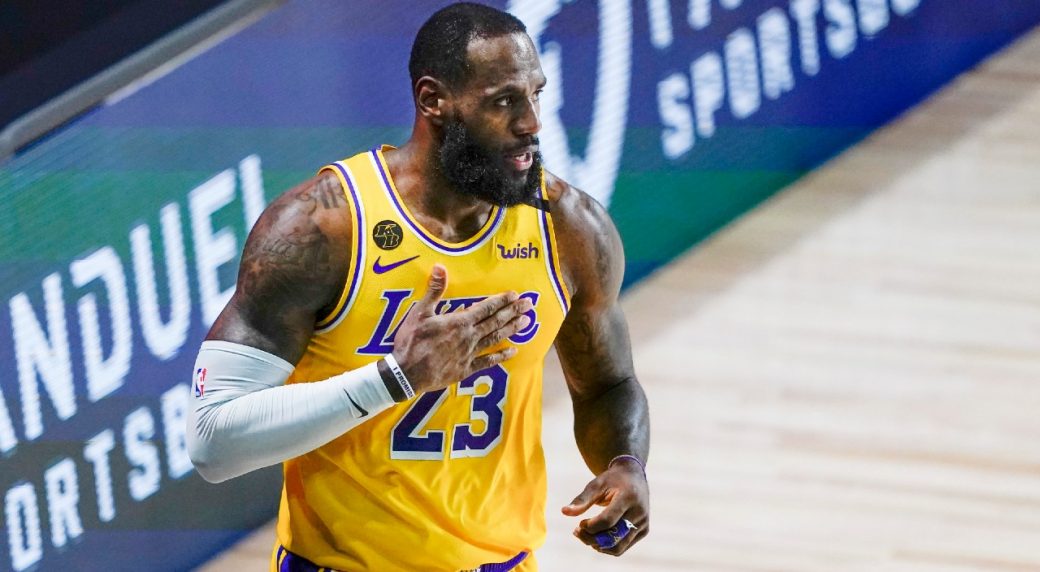 LeBron James has agreed to a two-year, $85-million maximum contract extension with the Los Angeles Lakers, according to Shams Charania of The Athletic.

The future Hall of Famer led the Lakers to their first title in a decade last season, earning his fourth Finals MVP honour as Los Angeles dispatched the Miami Heat in six games.

James left his hometown Cleveland Cavaliers, for the second time, signing with the Lakers as a free agent in the summer of 2018.

The soon-to-be 36-year-old is one of the most decorated players in NBA history, and arguably the greatest of all time, having won four titles and four MVPs, and been named to 16 all-star squads and six all-defence teams since he was drafted by the Cavaliers with the top pick in the 2003 draft. 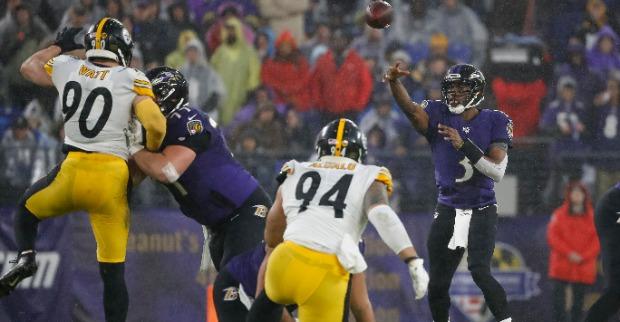 For the first time since Week 1 of the 2012 season, there will be an NFL game played on a Wednesday as the Baltimore Ravens visit the Pittsburgh Steelers with the incredibly unusual kickoff time of 3:40 p.m. ET on NBC from Heinz Field. Of course, this game has been postponed three times since last Thanksgiving Night due to a COVID-19 outbreak on the Ravens. Pittsburgh is a 10-point favorite on the William Hill Sportsbook NFL odds and bettors are backing the Steelers fairly heavy.

It almost might be easier to say which key Baltimore players will be able to go instead of those who aren’t. The team’s top two running backs, Mark Ingram and JK Dobbins, reportedly were going to be eligible to return but in fact WILL NOT. That means plenty of Gus Edwards.

The Ravens also could activate some off the reserve/COVID-19 list early Wednesday, but according to the team site seven Pro Bowlers remain on it as of Tuesday night. That includes quarterback Lamar Jackson, tight end Mark Andrews and outside linebacker Matthew Judon. Those guys are not playing. Neither is arguably the team’s most consistent receiver, Willie Snead IV.

Obviously, Jackson is the reigning NFL MVP. Both Judon and Andrews have played every game this season as well. Andrews leads the team in touchdown catches (six) and receiving yards (454) while Judon is tied with Calais Campbell for the team lead in sacks with four. Campbell is also on the list.

Defensive tackle Brandon Williams and quarterback Trace McSorley came off the list Tuesday. Williams hasn’t played since suffering an ankle injury on Nov. 15, though, and will not suit up, while McSorley presumably will back up Robert Griffin III. Otherwise, the team would have to call up undrafted Tyler Huntley from the practice squad.

Pittsburgh’s biggest name on the reserve-COVID-19 list is leading rusher James Conner, who reportedly tested positive, so the Steelers will use a committee of Benny Snell and Anthony McFarland to replace Conner. Pittsburgh is the 18th team in the Super Bowl Era to start 10-0 straight up and the previous 17 were 12-5 in their 11th game.

This will be the 38th Wednesday game in league history. Assuming the rest of the regular season is played as scheduled, this would be the first season ever with a game played every day of the week. Sunday, Monday, Tuesday and Thursday already have had games. There’s Wednesday here, Saturday games starting Week 15 and one game scheduled on Christmas Friday.

Who wins every NFL game this week? And which teams cover more than 50 percent of the time? Get picks here from the SportsLine Projection Model, which simulates every NFL game 10,000 times and ranked in the Top 10 on NFLPickWatch three of the past four years on straight-up NFL picks. 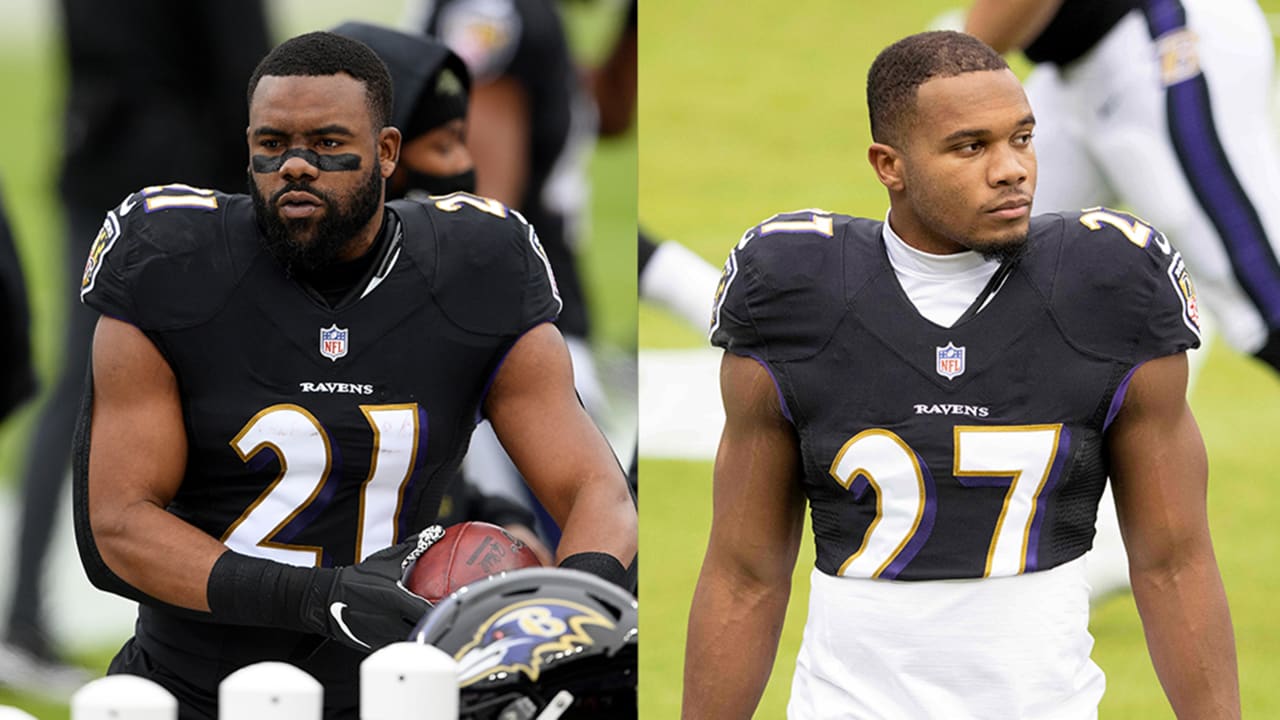 Baltimore Ravens running backs Mark Ingram and J.K. Dobbins are eligible to play Wednesday afternoon against the Steelers, but neither will be in Pittsburgh.

NFL Network Insider Ian Rapoport confirmed that neither Ingram nor Dobbins are expected to play in Wednesday’s 3:40 p.m. ET kickoff.

The running backs were eligible to come off the reserve/COVID-19 list per the protocol since it’d been 10 days since their positive tests, if they were asymptotic. Even though they were eligible, it was never a sure thing either would be activated. In the end, the Ravens will play without both.

Neither Ingram nor Dobbins flew with the team to Pittsburgh on Tuesday night.

Gus Edwards is expected to be the lead back of a Ravens offense led by quarterback Robert Griffin III﻿, who takes over for Lamar Jackson﻿, who is on the reserve/COVID-19 list. Justice Hill should also get run, and the Ravens can elevate rookie Ty’Son Williams off the practice squad.

The Steelers-Ravens game was postponed three times from its original Thanksgiving night slot. Teams must still go through point of care tests Wednesday before the game is officially cleared to play, Rapoport reported.

The One Thing About PS5 That Is Worse Than PS4 – Forbes