Former finance minister Bill Morneau says Canada was poised to make an economic recovery when the second wave of the COVID-19 pandemic hit — and he’s now worried about a “rocky” road ahead for some sectors of the economy.

In a recent interview, Morneau told CBC’s Rosemary Barton that Canadians should be prepared for more “difficult periods” during the pandemic and warned the government’s finances will be under much more stress than anyone thought possible at the outset of 2020.

“We were on the road to recovery. This is a really difficult setback. I suppose we expected that we were going to have a second wave but this is more challenging, I think, than we expected,” he said.

“It means the road to recovery will be uneven, it will be rocky … It’s going to be long.”

Morneau said his successor at Finance, Chrystia Freeland, will soon have to decide how best to backstop industries that are particularly endangered by the virus, while also maintaining “healthy economic competition in the future.”

“There’s going to be specific sectors of the economy that are not going to recover as quickly and some that are going to have challenges recovering at all,” he said, citing the airline and tourism sectors, among others.

While Ottawa has an economy-wide wage subsidy program to help businesses offset the cost of paying employees, the government has not produced any sector-specific support for the airline industry, which has been ravaged by travel restrictions and mandatory quarantines.

The full interview with Morneau will air on Barton’s new show, Rosemary Barton Live, which debuts today at 10 a.m. ET on CBC News Network and 11 a.m. ET (12 p.m. AT) on CBC TV.

Canada was able to reduce the COVID-19 case count over the summer months. Since September, with the return to school and work, the number of people contracting the virus has risen dramatically.

There are now many more cases being counted in some parts of the country than there were in the first wave this spring.

Manitoba reported a record 480 cases on Friday, with a five-day test positivity rate of 8.6 per cent — an eye-popping number that is well above those posted by some of the hardest-hit U.S. states.

In response, some provinces and territories have pushed closures on certain industries, like bars and restaurants and gyms, to help curb the spread.

But in most cases, the number of people in hospitals and intensive care units (ICUs) remains manageable, and Prime Minister Justin Trudeau has said he’s not yet prepared to plunge the country into another national lockdown.

Morneau resigned from his post as finance minister over the WE Charity scandal. He did so as some news outlets quoted unnamed government sources reporting friction between Morneau and Trudeau over how much Ottawa should spend to prop up a faltering economy. 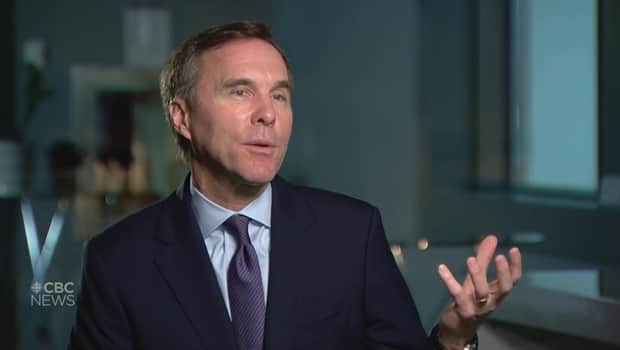 CBC Chief Political Correspondent Rosemary Barton sits down with former finance minister Bill Morneau to discuss the challenges of Canada’s COVID-19 economic recovery and why he’s running to be secretary general of the Organisation for Economic Co-operation and Development (OECD). 4:35

Morneau was accused of being too frugal in his fiscal approach, with some elements of the Liberal government pushing for much more government intervention.

Morneau told Barton that he had a solid partnership with the prime minister in the early days of the pandemic and both agreed to flow funds through the Canadian emergency relief benefit. He acknowledged, however, that there were strains on the relationship.

“I think we worked well together. There’s always going to be a lot of stress and strain … some days are tough,” he said.

“The pandemic — it was an intense and stressful time for everyone. And we worked hard and there was lots of pushing and pulling to get to the right answers.” 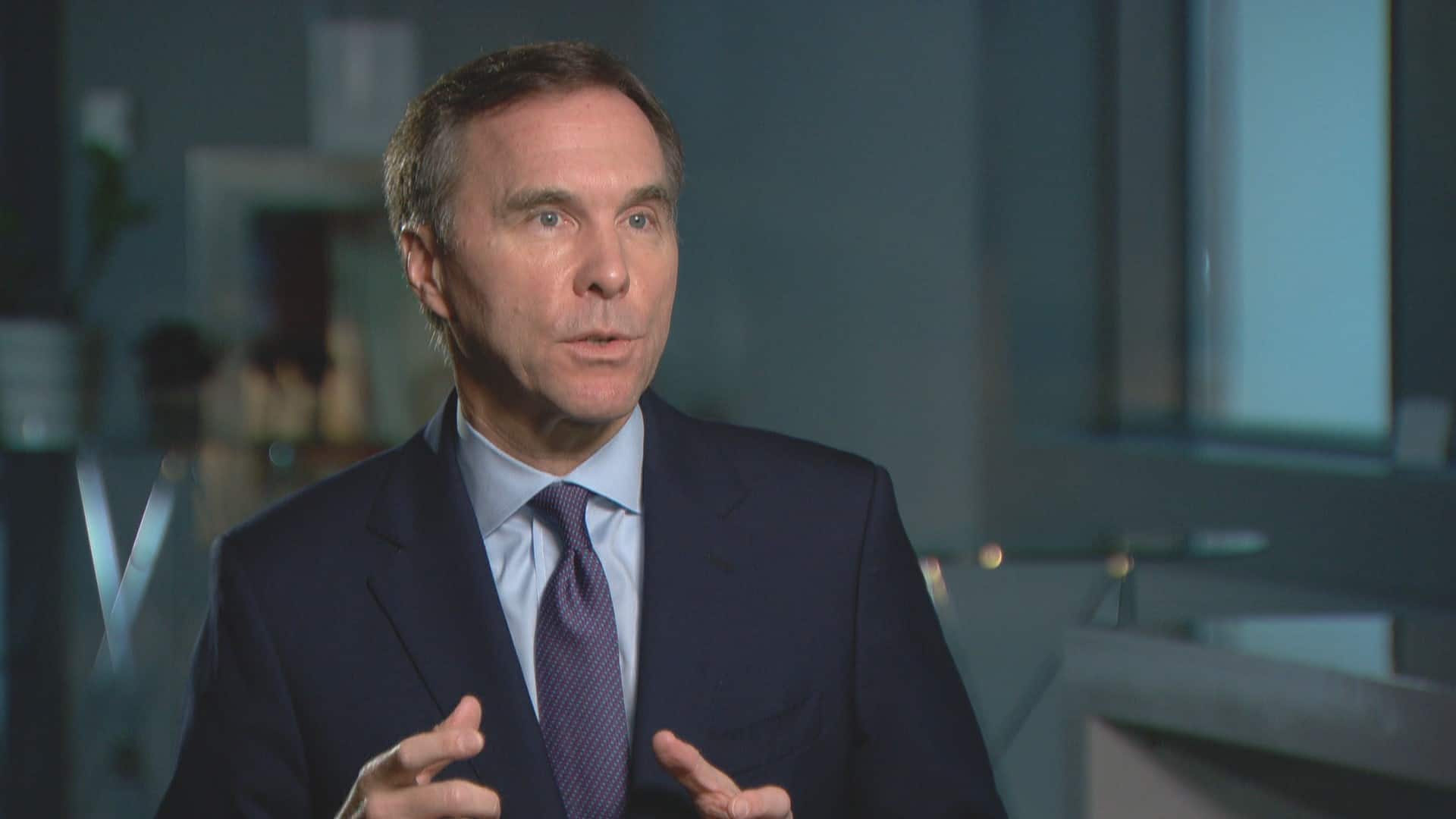 Bill Morneau opens up to CBC Chief Political Correspondent Rosemary Barton about the WE controversy, as well as reports that he was at odds with the prime minister and why he resigned as finance minister. 9:26

Despite the reports of friction around the cabinet table, Trudeau has endorsed Morneau for the secretary general position with the Organisation for Economic Co-operation and Development (OECD), an intergovernmental agency that promotes democracy and the market economy.

Morneau said he is running for the job to help co-ordinate the global economic response to COVID-19, to bolster the group’s work on climate change issues and to draft policies on how best to tax and regulate digital web giants like Facebook and Google.

He said he will bring his managerial experience — he was an executive at human resources firm Morneau Shepell — and his political bona fides as a former finance minister to the position. Some observers have raised doubts about the prospects of his candidacy, given his involvement in the WE Charity affair.

The 37 OECD member countries — largely Western nations — will decide in private who takes the job. The appointment will be announced in March 2021.

Morneau said he’s met with OECD representatives of the member countries in Paris and had a “favourable reception” to his candidacy.

As for what should be done on the domestic front, Morneau said Ottawa must continue to spend freely to help Canadians and businesses weather a pandemic that has badly disrupted social and economic life in this country.

The government’s debt will balloon as a result of all this new spending — something Morneau said is inevitable, given the enormous task before policy-makers.

The federal government hasn’t tabled a budget in more than 18 months — a Canadian record — but Freeland is preparing an economic update of sorts to be tabled in the coming weeks.

In his last update, published in July, Morneau projected the deficit would hit $343 billion this year — a massive figure largely attributed to pandemic-related support programs that have pushed federal spending to a level not seen since the Second World War.

The federal debt will easily tick over the $1 trillion mark next year.

“We have to have an economy when we come out of it,” Morneau said. “But it means there’ll be more stress than we could have even imagined a few months ago.”

According to the latest jobs report data, published by Statistics Canada in September, the country’s unemployment rate is at nine per cent. There are 720,000 fewer people working now than there were in the pre-pandemic period in February.

Canada’s economic growth rate has seen a marginal improvement since the depths of the national lockdown in March and April, but it is still well below what it was before COVID-19 hit our shores.

Statistics Canada said in August that the country’s gross domestic product (GDP) contracted at an annualized rate of 38.7 per cent in the second quarter — the worst performance for the economy since comparable data first started being recorded in 1961.

“Canada has done well, comparatively … but there’s a lot of road ahead of us,” Morneau said.

Helping Small Business And Getting The Economy Back On Track – StrathmoreNow.com

Helping Small Business And Getting The Economy Back On Track  StrathmoreNow.com