Oil and gas producer Ovintiv — formerly known as Encana — says it has slashed its workforce by 25 per cent as it prepares for more modest growth in the energy sector.

The company said its workforce will now total 2,100, including 1,900 employees and 200 contractors. The decision affects roughly 650 jobs.

Details about where the reductions have been made were not immediately available. The company said it is not providing regional breakdowns of any layoffs.

But a spokesperson said Wednesday the workforce reductions were near equal percentages across the company’s three corporate offices, which include Calgary, Denver, Colo., and Woodlands, Texas.

It’s the second major workforce reduction by the company in a little over a year.

In February, 2019, Encana announced it had cut its total workforce by 15 per cent and reduced its ranks of executives by 35 per cent. It was estimated at the time that the move affected roughly 470 jobs.

Thursday’s news comes amid reports of layoffs across the oil and gas sector.

The North American industry has been hammered by the economic impact of the COVID-19 pandemic, with demand for fuel plunging as an international price war flooded the market with cheap crude.

Earlier this spring, Ovintiv announced it would cut second-quarter spending by $300 million and said it was prepared to further reduce capital investments throughout the year.

The company has cut the number of rigs it operates in Canada and the U.S. — to seven from 23 — in a move it said reflected its expectation of future activity levels.

Ovintiv announced last fall that it was moving its corporate headquarters from Calgary to the United States. It had been previously called Encana, one of Canada’s oldest and largest energy companies.

Ovintiv stock was up more than eight per cent on the Toronto Stock Exchange on Thursday, climbing to $15.56 a share.

Jose Lima’s summer just got a whole lot better after the retiree won $100,000 by matching six of seven Encore numbers on a Lotto 6/49 draw last fall.

It took nearly 10 full months for the 69-year-old to realize the win as the ticket in question was in the pocket of a jacket he had lent to a friend.

Jose, a 69-year-old retired electrician, had forgotten his ticket in a jacket that he had lent to a friend and only discovered it when the jacket was returned to him! When he checked his ticket at a retailer, the terminal froze. “I thought I had won $1,000. Then OLG called and the other customers in the store started to congratulate me,” he shared, while at the OLG Prize Centre in Toronto to pick up his cheque. “It wasn’t until the validation slip came out that I realized I had won $100,000,” he smiled.

After he found out about his win, the father and grandfather called his kids and didn’t tell anyone else.

Jose has since used his winnings to purchase a cottage where he can spend his leisure time and relax, unwind and spend his time boating.

“I feel wonderful. It’s something that happens once in a lifetime, if it ever happens at all,” he concluded.

The OLG Prize Centre in Toronto has resumed in-person prize claims for winning-ticket holders of $50,000 or more by-appointment only. To best protect customers and staff, OLG has put in place appropriate health and safety protocols in accordance with guidelines from public health officials, which include physical distancing measures, the mandatory use of personal protective equipment (PPE) and the pre-screening of visitors before granting entry. Currently, OLG is reaching out to major prize winners ($50,000+) who have been unable to claim their prizes due to COVID-19 to schedule appointments for in-person prize claims. In the coming weeks, OLG will open appointments to anyone wishing to claim their prize in-person at the Prize Centre.

Encore offers 22 ways to win and can be played in conjunction with most lottery games for an extra $1. There is an Encore draw every day.

The winning ticket was purchased at Stamping Grounds on Second Line in Sault Ste. Marie.

$40 Could Be Magic Number for Some Oil Players – Rigzone News

The $40 per barrel level for West Texas Intermediate crude oil could trigger an uptick in activity among some oil market players, an informed market-watcher told Rigzone. Keep reading to learn about what specific activity could be on the rise, along with other developments to watch for this week in the oil market.

Tom Seng, Director – School of Energy Economics, Policy and Commerce, University of Tulsa’s Collins College of Business: Large U.S. oil producers, such as ConocoPhillips, have announced that they will begin to bring back oil production that was shut-in due to lower prices. Look for mergers and acquisitions activity to start to increase if prices can stabilize at or above the $40 level. The “bottom-feeders” who have waited to buy really “cheap” assets will have to contend with higher valuations now.

Tom Curran, Senior Energy Services and Equipment Analyst in Equity Research, B. Riley FBR, Inc.: Come 1 p.m. Eastern time on each of the next two Fridays, our attention will be fixated on the Baker Hughes rig count site. The weekly U.S. active frac spread count troughed at 45 in mid-May, pivoted into an uptrend, surging by 33 units to 78 as of June 19, 2020, and has vacillated in the 70s since, according to Primary Vision. Given our industry recovery thesis – which is that operators would first restart shut-in production and increase DUC (drilled but uncompleted) well executions, then pick up new well drilling, which should see a slower rise than completion activity – we believe a definitive floor is imminent for the weekly Baker Hughes U.S. land drilling rig count. In fact, a bottoming process may already be underway. The count’s downtrend has significantly decelerated since early June. For the last three weekly measures, Baker has reported 255, 254 and 251.

Barani Krishnan, Senior Commodities Analyst at Investing.com: Expect all eyes to be on virus stats for the coming week or two. Regardless of what the Trump administration says or wants us to think, the pandemic will decide the course of oil demand and the economy – not the other way around. 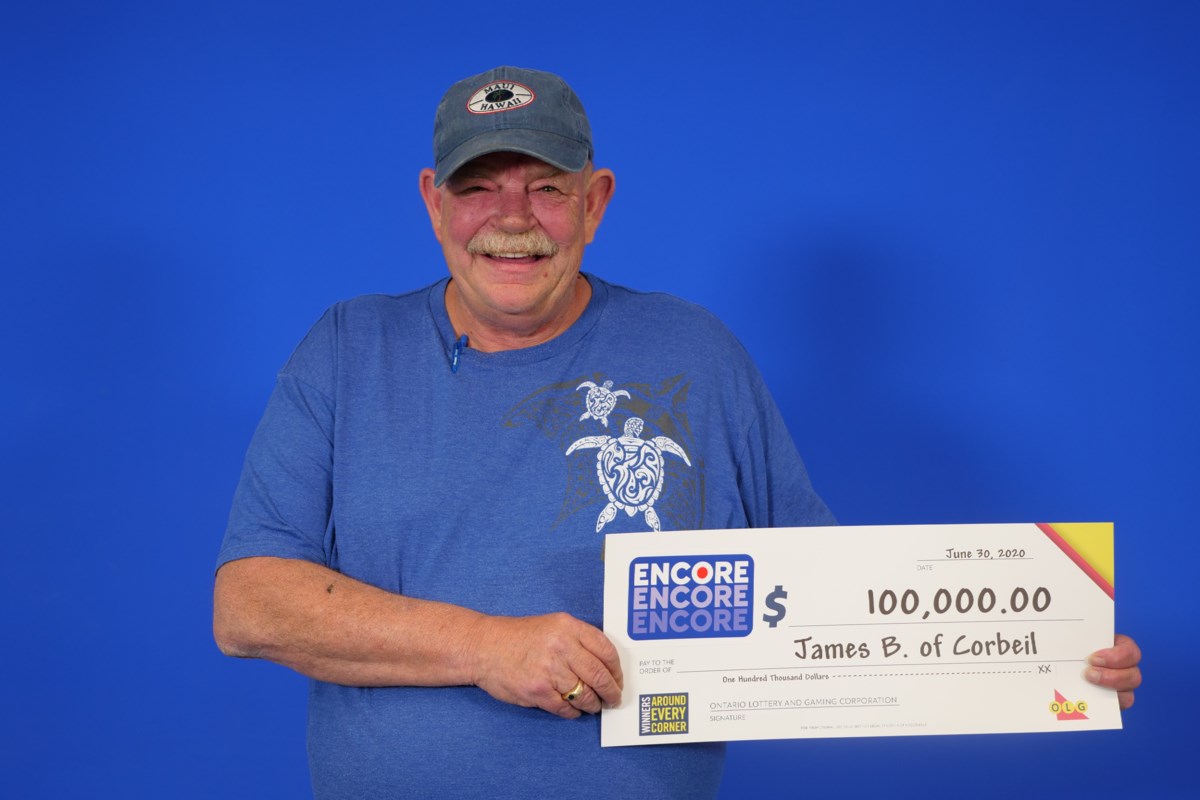 Saying “yes” to ENCORE paid off for James Braund of Corbeil. Jim matched the last six of seven ENCORE numbers in exact order in the April 14, 2020 LOTTO MAX draw to win $100,000.

“I was at the gas station where I purchased my tickets and the terminal froze when the retailer scanned my ticket,” he shared, while at the OLG Prize Centre in Toronto to pick up his cheque.

The retired public servant plans to take a family vacation with his kids and grandkids when the time is right. “My wife spent some time shopping today while I was here at OLG collecting my prize,” he remarked.

“This was amazing. You wake up in the morning to know you have an additional $100,000 in your bank account. It’s surreal,” he concluded.

The OLG Prize Centre in Toronto has resumed in-person prize claims for winning-ticket holders of $50,000 or more by-appointment only.

The winning ticket was purchased at MacEwan on Highway 94 in Corbeil.