An increased player count of 200 players for Battle Royale Quads, along with a new multiplayer map, and a deadly sniper rifle are the most significant additions. A new update also means Call of Duty fanatics looking into the updated game files to predict future in-game changes or events.

Apart from a few underground bunkers unlocking, nothing much has appeared on Verdansk during the last month. Now, new information has emerged hinting at the addition of a feature in Warzone that is popular across other battle royales. According to ModernWarzone, a credible Call of Duty leaker on Twitter, a train is coming to Warzone in the future.

The Call of Duty leaked recently tweeted out the new intel after the Season 4 Reloaded update hit servers. The information from ModernWarzone is based on updated game files. In his tweet, he assures the upcoming introduction of a train in Infinity Ward’s battle royale.

“Based on the new info from tonight’s update of ModernWarfare, we can pretty much confirm the upcoming addition of a train in Warzone“. According to him, this train will be stacked with loot. Predictably enough, it also has the potential to send players to the Gulag or back to the lobby as well.

Based on the new info from tonight’s update of #ModernWarfare, we can pretty much confirm the upcoming addition of a train in #Warzone 🚂

The train will feature loot throughout similar to the one in #ApexLegends. 💰

Before you try it, yes it can kill you.

Navigating trains are a fan-favorite feature of other battle royale games out there. Apex Legends has a train stacked with sweet loot that navigates across a portion of World’s End. PlayerUnknown’s BattleGrounds also has similar loot carrying trains that transit across Vikendi.

After the initial Season 4 update, leaks shed light on potential map changes in Warzone. Enthusiastic leakers had found the mentions of a new interior for Verdansk’s Stadium and a train in the game files.

ModernWarzone also thinks the upcoming Warzone train might be the basis for a multiplayer map. However, he hasn’t specified a time frame for the upcoming addition.

Looking like this will also be a multiplayer map for #ModernWarfare.

Currently, train tracks are laid out on a portion of the Warzone map, constituting a route. Moreover, with navigating trains being a popular feature of other battle royales, the addition of a train in Warzone seems feasible.

The new update has just gone live today, and more information from the game files will unfold as always. For now, nothing remains concrete, as ultimately Infinity Ward and Activision are the ones who decide to pump new content into the game with timely updates. Meanwhile, we’ll keep you posted with further developments.

Apple will release the second developer beta of iOS 14 today, coming two weeks after the official debut at WWDC 2020. iOS 14 brings new features such as widgets, the App Library, and more. iOS 14 beta 2 will bring further refinements to the new features, as well as bug fixes and performance improvements.

iOS 14 beta 2 is available to developers via an over-the-air update. To install the update, simply head to the Settings app, choose General, then choose Software Update. If you don’t immediately see iOS 14 beta 2 available for download, keep checking as the update is still rolling out.

Apple’s new software version won’t be complete until the fall, at which point it will be released to the general public. Testers should still expect performance and stability issues when running the iOS 14 beta on primary devices for the time being.

iOS 14 will be released to public beta users sometime this month, according to Apple. Today’s iOS 14 beta 2 release, however, is only available to developers. We’ll be sure to let you know as soon as iOS 14 is released for public beta testing too.

iOS 14 brings a variety of new features and capabilities to iPhone users, such as support for widgets on the home screen, picture-in-picture, App Library, and much more. Curious what Apple’s major software versions will do for your iPhone, iPad, Apple Watch, Apple TV, and Mac? Catch up on 9to5Mac’s coverage below:

If you spot any changes in iOS 14 beta 2, or the other new betas from Apple today, let us know in the comments below or on Twitter @9to5Mac. Stay tuned for our full hands-on coverage with today’s releases right here at 9to5Mac today and through the rest of the week.

An unhealthy dose of skepticism is required for today’s offering from the deities that oversee the world of technology leaks. A Twitter account by the name of Jimmy Is Promo purports to have images of Samsung’s new Galaxy Note 20 Ultra out in the wild. We can’t be sure why this particular account would have scored such a unit, but the hardware does seem to look a lot like the earlier leak from Samsung’s own website.

Note users, don’t get use to the S Pen location. It’ll move to the other side. So will the speaker. Both now Left of the Charge Port. #Note20 #GalaxyNote20Ultra

If — and it’s a big if — these images are genuine, it looks as if Samsung has made a couple of aesthetic tweaks compared to its predecessor. In a tweet, “Jimmy Is Promo” claimed that the S-Pen housing is now left of the charging port, compared to its usual bottom-right-corner placement. It also looks as if the volume rocker and sleep/wake button, which were on the left side before, has been switched over to the right.

These days, Samsung likes to launch new Note devices in the middle of August and we were expecting that to be the case this year. The only wrinkle is that the company has also promised a “virtual” event to coincide with IFA, the last big event in the annual tech calendar. That will happen in early September, which is likely too late to launch the new Note(s) unless COVID-19 has really forced Samsung into a delay.

2020, Note 20 Ultra, Note 20, Galaxy Note 20 Ultra, Galaxy Note, Samsung, news, gear
All products recommended by Engadget are selected by our editorial team, independent of our parent company. Some of our stories include affiliate links. If you buy something through one of these links, we may earn an affiliate commission.

The OnePlus Nord is the next smartphone from OnePlus, coming in to resuscitate the brand’s presence in the more affordable segments of the smartphone market in Europe and India. It has been five years since the launch of the OnePlus X, the company’s first phone outside of the flagship space and the Nord is expected to come in and provide more options to consumers looking to buy a new smartphone. Now, OnePlus has officially announced that they will be launching the OnePlus Nord on July 21 through the world’s first AR smartphone launch.

Spicing up online launches is not entirely new to OnePlus, as we have seen the company hold a virtual, VR launch for the OnePlus 2 back in 2015. With the Nord, OnePlus will pivot to AR for the launch and provide users a different kind of hands-on experience with the device.

“OnePlus Nord represents a new beginning for OnePlus, giving us an opportunity to share our technology with more people around the world. For this launch, we want everyone to sit back, relax, and experience our new phone for the first time right in the comfort of their living room. We feel that introducing this phone in a more personal and intimate way perfectly reflects our ambition to make the OnePlus experience more accessible to users.”

To experience the launch, download the OnePlus Nord AR App from the Play Store or the App Store. Install and launch the app to grant it requisite permissions for the AR experience and to complete the avatar setup. On launch day, i.e. on July 21 at 10 AM EDT/7.30 PM IST, launch the app and follow the on-screen instructions to start the immersive AR experience. The OnePlus Nord has been confirmed to come with a Qualcomm Snapdragon 765G SoC. The camera setup on the phone will have OIS. Further details have not yet been confirmed, but we expect more to be revealed in the coming days. 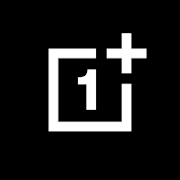