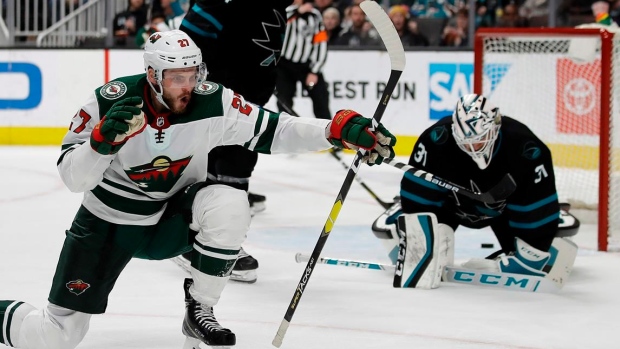 Galchenyuk, 26, scored eight goals and tallied 24 points in 59 games last season with the Pittsburgh Penguins and the Minnesota Wild.

He was drafted third overall by Montreal in 2012 and has 135 goals and 320 points in 549 career NHL games with the Canadiens, Arizona Coyotes, Penguins and Wild.

The Canadiens traded Galchenyuk to Arizona in 2018 for forward Max Domi. He played one season with the Coyotes, scoring 19 goals and tallying 41 points in 72 games before being traded to Pittsburgh for winger Phil Kessel. The Penguins then traded him to Minnesota last February in a package for forward Jason Zucker. 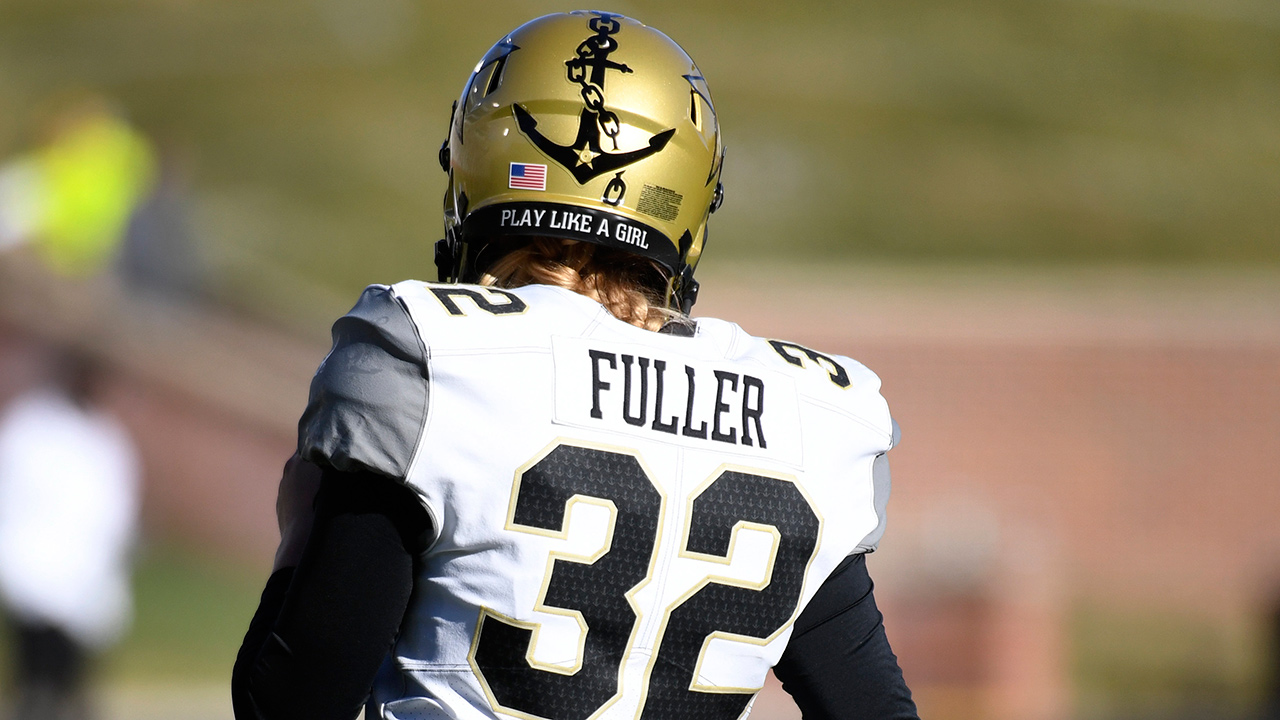 Sarah Fuller made college football history on Saturday for Vanderbilt University, becoming the first woman to play in a Power 5 conference game.

Fuller achieved the feat when she kicked off for Vanderbilt to open the second half of their game against Missouri. She was greeted on the sidelines by high-fives from her teammates after the play.

The kick was Fuller’s only play of the game as Vanderbilt was shut out by Missouri 41-0.

After the game, Fuller said she felt really calm before the kick and was excited to represent girls who want to play football or other sports.

“I just want to tell all the girls out there that you can do anything you set your mind to, you really can,” Fuller said in a post-game interview. “If you have that mentality all the way through, you can do big things.”

Fuller got the call to the Commodores football team after several special teams players were placed in quarantine for COVID-19. Head coach Derek Mason reached out to the soccer team at Vanderbilt to look for reinforcements.

“Sarah, her nickname is Champ,” Mason said ahead of Vanderbilt’s game on Saturday. “Her teammates on this team call her Champ because she’s won two SEC titles. To see her in practice, the guys were impressed the first day she came out.

“She was fearless. She plays football the way she plays soccer. So for us, it’s a blessing in disguise.”

Donning “Play Like A Girl” on the back of her helmet, Fuller took the field ahead of the contest wearing No. 32 – her soccer jersey number.

She was also seen speaking with her family in the stands before the game.

Before Fuller, no woman had suited up in any Southeastern Conference (SEC) games or for any of the other Power Five conferences, including the Atlantic Coast Conference (ACC), Big Ten Conference, Big 12 Conference and Pac-12 Conference.

In 2003, University of New Mexico’s Katie Hnida became the first woman to score in a NCAA Division 1-A, college football’s highest level.

Hnida was among those on social media celebrating Fuller’s historic kick.

Sarah Fuller squibbed it exactly where she was supposed to (watch Vanderbilt’s coverage guys all funneling short right) and left it un-returnable for Mizzou. Probably one of Vandy’s best executed plays of the day in all honestly pic.twitter.com/7cEY8j9rnN

So lucky to not only watch @SarahFuller_27 make history w/ my 2 girls but w/@KatieHnida & @April_Goss on zoom!!

What Sarah Fuller is doing today is a great highlight in what has been a difficult year in college football. Anybody who wants to belittle this accomplishment doesn’t deserve our energy today.

Regardless of what happens during this game, I am proud of @SarahFuller_27. When the staff told me she wanted to do this, I didn’t think about history being made. I simply thought about how amazing it is to see these student-athletes step up for one another.  #AnchorDown

What a year for women in football. 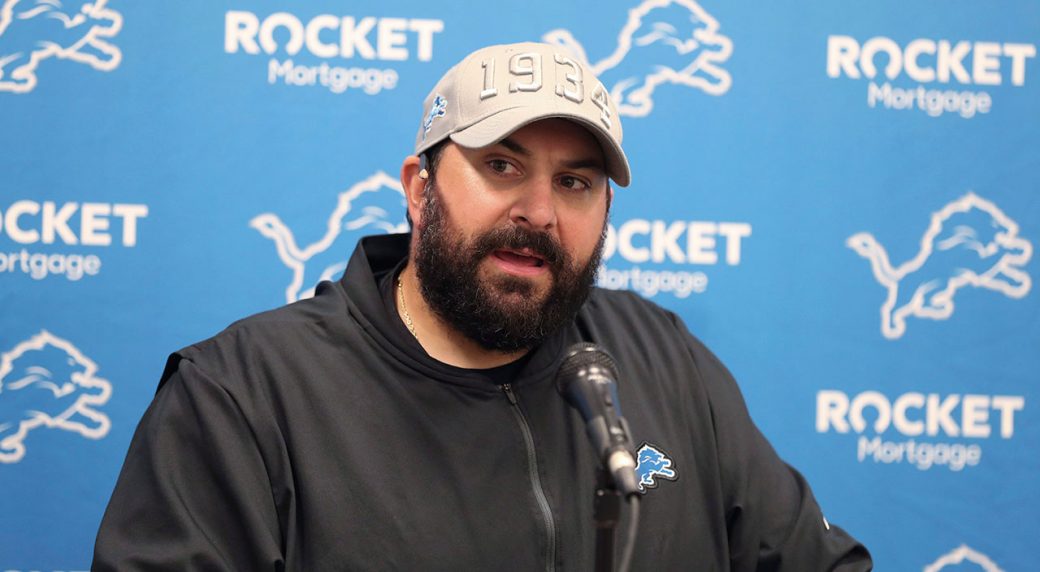 The Lions made the moves Saturday, surprising no one.

According to NFL Network’s Ian Rapoport, offensive coordinator Darrell Bevell will take over as the interim coach.

Detroit (4-7) lost consecutive games for the third time this season, collapsing in a 41-25 loss to Houston at home on Thursday after getting shut out for the first time in 11 years in its previous game at Carolina.

The setbacks dropped Patricia to 13-29-1 in two-plus seasons and Quinn’s mark fell 12 games under .500 over five seasons.

Quinn, who was part of the Patriots’ personnel department for 16 years, was given his first shot to run an NFL front office in January 2016. He retained coach Jim Caldwell and Detroit reached the playoffs but then fired him the next season after another 9-7 record wasn’t enough to earn a spot in the post-season.

When Quinn let Caldwell go with a 36-28 record over four seasons and an 0-2 mark in the playoffs, he said the move was made to find a coach to take the team to the next level.

Patricia did that, but it wasn’t the level he or Quinn needed to keep their jobs.

Detroit was 6-10 under Patricia in 2018, won just three games last season and was barely better this year.

Patricia was on Belichick’s staff for 14 seasons, including six years as defensive co-ordinator, before Quinn gave him his first shot to be a head coach at any level. Patricia was incessantly peppered with questions about his job being in jeopardy, dating to the 2019 season, and refused to engage in the conversation with reporters.

“We know that we’ve got a lot of work to do,” Patricia said after falling to 0-3 on Thanksgiving with the Lions. “So, that’s my focus right now.”

Rogers Centre, formerly SkyDome, aka SexDome, may be umm, going down – Deadspin

The end of the Rogers Centre is nigh, according to a report in the Toronto Globe and Mail as Rogers Communications is in negotiations to demolish the 31-year-old stadium and build a new one.

The stadium, which opened in 1989, was built as a modern update to the multi-purpose, AstroTurf stadiums of the 1970s. It soon seemed antiquated as the opening of Oriole Park at Camden Yards in 1992 led to a wave of retro, natural grass stadiums being built. SkyDome was the first park to have a fully functional retractable roof (Montreal’s Olympic Stadium also was built with a retractable roof, but, umm, it had … issues), and Mike Lupica once derisively referred to the place as “Disneyland.”

Skydome also featured a Hard Rock hotel in the stadium, which led to it being the only baseball stadium where fans and players could simultaneously circle the bases.

SkyDome featured one of baseball’s most dramatic home runs – Joe Carter’s series-winning blast in 1993 off Mitch Williams. But before that, two fans were seen doing the nasty.

Some baseball fans think the Toronto Blue Jays’ retractable roof SkyDome home should be renamed SexDome after fans watched a couple make love in a hotel suite that overlooks the playing field.Tuesday night, during the team’s 4-3 loss to the Seattle Mariners, those with binoculars could see an older man and a buxom, blond woman having sex in their suite. Although the lights in the suite were off, the couple’s room was illuminated by a bank of television lights in the SkyDome.

The incident Tuesday follows one several weeks ago where a male guest in the hotel, built into the SkyDome itself, masturbated in the window of his suite in front of thousands of Blue Jays fans.

That was not the end of the live sex shows at the SkyDome, renamed the Rogers Centre in 2005. In 1996, during a Blue Jays-Red Sox game, 31,000 fans were treated to what was described as a 30-minute sex show.

“It’s a good thing they finished before the game ended or I don’t think anyone would have seen the game,” Blue Jays first base coach Alfredo Griffin said.