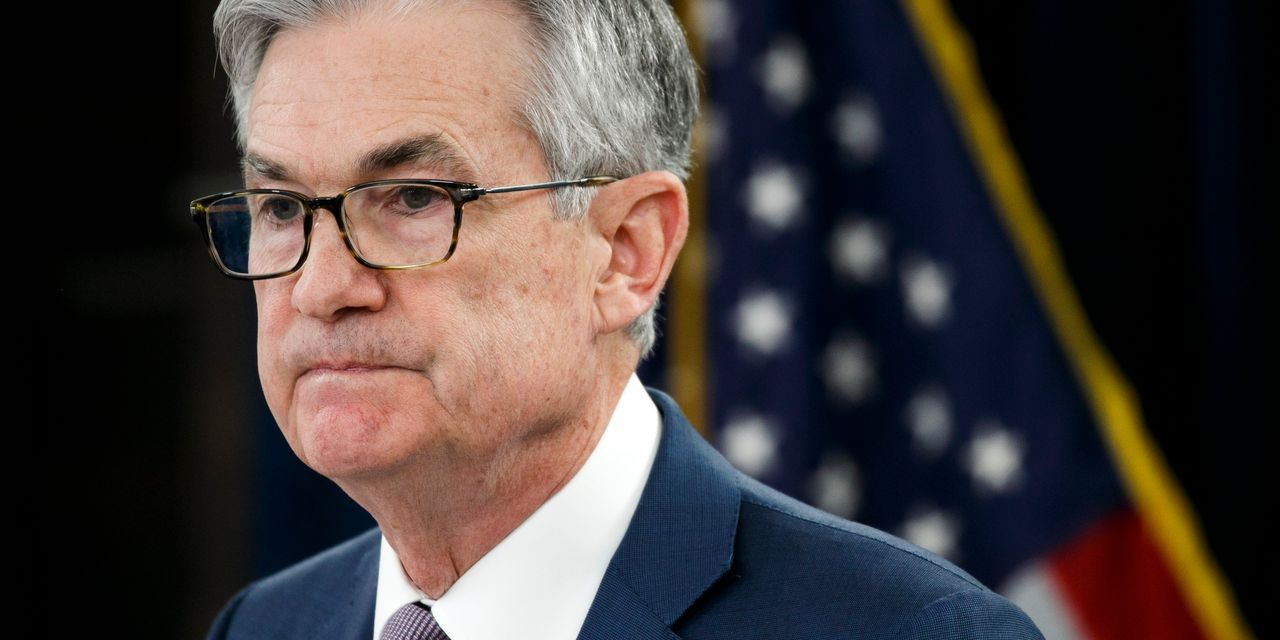 The Federal Reserve is now officially spent. Saving the U.S. economy from this point forward is now up to someone else.

On Sunday, the Fed used the last of its conventional monetary ammunition to counter the economic crisis triggered by the new coronavirus. It cut its short-term interest-rate target a full percentage point to between 0% and 0.25%.

Quebec Premier François Legault expressed optimism about the possibility of getting Quebec’s economy back on track, after taking a hit due to the COVID-19 pandemic.

Non-essential businesses have been shuttered for weeks in an effort to contain the spread the virus, which has had an impact on the economy.

Legault said he was encouraged by COVID-19 projections — made public on Tuesday — and believes Quebec is leaning towards a best-case scenario because of its social-distancing measures.

Public health officials project the number of cases will peak around April 18 and Legault said he was hopeful businesses could start opening next month.

“But we have to restart the economy without restarting the pandemic,” he warned.

Quebec’s public health director Dr. Horacio Arruda said social-distancing measures will continue be as important as ever. He also stated that most gatherings will still be forbidden in order to avoid a resurgence of the virus.

Legault said re-imagining the workplace should be top of mind.

“I think it’s important that managers, owners of different businesses, that they start thinking about a new way to work in the next weeks or months,” he said.


On Monday, the government announced a $100-million employee training program to help businesses adjust to a new reality. The idea is to ensure employees are trained to use new technologies and can learn new workflows.

Other measures put forward by the government to boost the economy include the Panier Bleu, an online platform to encourage Quebecers to buy locally, as well as various subsidies for businesses and individual workers alike.

Legault said government officials are also working with various company representatives to see how businesses will be able to re-open, provided the “figures stay good in the next few days.”

It’s a reminder that everyone has a crucial role to play in the pandemic.

“I know it’s tough, tough to continue all our efforts, but as we say in English: April showers bring May flowers,” he said.

— With files from Global’s Raquel Fletcher

Expert weighs in on Kenney’s economic plan for Alberta, suggests PST could be an answer – Global News

While Jason Kenney’s televised address to the province on Tuesday night gave details on how the COVID-19 pandemic in the province could play out in terms of cases and deaths, some political scientists say the comments the premier made in regards to the economic future of Alberta didn’t provide a lot of specifics.

One political scientist in the province said there is one option for the government to increase revenue: implementing a provincial sales tax (PST).

“[We’re] in a situation where the oil and gas sector has completely collapsed in terms of prices, and the revenue picture is going to be looking very unstable going forward,” said Chaldeans Mensah, an associate professor of political science at MacEwan University.

Mensah said the pandemic has completely changed the circumstances of the province, and that while the UCP had campaigned on a platform of fiscal conservatism, there needs to be a way of balancing the books going forward.

“The only way available is to look at a modest PST, to provide options for the government to be able to fund programs.”


Kenney said in his Tuesday night address that the social distancing and closure orders in the province would be in place at least until the end of May. He also said that the province would eventually roll out a “relaunch strategy” to get the economy moving again, involving mass testing to get those with immunity back to work, and increasing border screening.

However, once the premier addressed the situation with the global oil markets, experts said there was a lack of clarity on how the province could move past this.


“[Kenney] talked about a budget deficit that will triple to about $20 billion dollars, [he] talked about negative prices for energy — where we may have to pay people to take it — and there was no sense of how we’re going to get out of that,” said Bratt.

In his address Tuesday, Kenney said he could not “overstate how grave the implications of this will be for jobs, the economy and the financial security of Albertans.

“Much of this is due to the COVID-19 recession, but it has been made worse by a predatory price war led by Saudi Arabia and Russia, who are trying permanently to damage North America’s energy industry.”

Bratt said that while Kenney did reference the Keystone XL pipeline project as an important energy investment made by the government, as well as the work being put into collaborating with its federal counterpart and the U.S in regards to the energy sector, when it came to the province’s economic future, “he didn’t go into the same degree of details, the same strength of numbers as was on the health side.”


While the PST has been a difficult policy option for governments in the past, the COVID-19 situation has put the government into a spot that would be tricky to get out of without it, Mensah said.

“It’s the time to really put aside the ideology of fiscal conservatism,” Mensah said. “I think there’s room for a modest PST, to generate revenue in these uncertain times. You could even put a sunset on the PST— you could have it for five years or so, for the revenue to start to improve.

“I think Albertans, given the [pandemic] situation, would welcome the [PST] situation politically. The times we are in call for drastic measures.

“The government really has to re-calibrate here and come up with an alternate approach to the province’s finances,” he said.

Kenney has shut down PST idea

However, on March 9, just over a week before Alberta declared a health emergency due to COVID-19, Kenney shut down the idea.

“I cannot imagine a dumber thing to do in the midst of a time of economic fragility, an oil price collapse and a global recession, than to add a multi-billion-dollar tax on the Alberta economy and on Alberta families,” he said.


READ MORE:
Jason Kenney predicts unemployment in Alberta could rise to 25% amid COVID-19

1:17
Jason Kenney says government will not implement a PST

Jason Kenney says government will not implement a PST

“You’re talking about a PST that would generate several billion dollars of revenue. That would take several thousand dollars out of the pockets of Alberta families at the worst possible time.

“This government is not going to take thousands of dollars out of people’s household budgets at a time of real economic challenge,” Kenney said.

On Wednesday, a spokesperson for the premier said in a statement that Kenney’s previous comments on the idea of a provincial sales tax still stand.

Cases of COVID-19 have spiked and mass layoffs have been handed out in Alberta since March 9, when there were just seven confirmed cases in the province. Just under a month later, on April 8, there were 1,423.

CNN Poll: Views of economy plummet as financial hardship from coronavirus hits half of Americans – CNN

The shift is the steepest worsening of public perceptions of the economy in polling dating back to 1997.
The findings follow a near-total shutdown of the American economy in the wake of the coronavirus outbreak. Last week, a worse-than-expected unemployment report and two weeks of astronomically high counts of people filing for unemployment benefits highlighted the speed with which the impact of that shutdown has spread. The poll finds about half of Americans report financial hardship due to the outbreak.
Despite all of that, the changed view of the current economic picture has not dampened the public’s optimism about where the economy will be a year from now. About two-thirds, 67%, say they expect it to be in good shape in one year, about the same as felt that way in December.
As views on the economy have slid, President Donald Trump’s approval rating for handling the economy has also ticked down. In March, 54% said they approved of Trump’s handling of the economy; that slips to 48% in the new poll. It’s the first time that figure has fallen below 50% since September.
The 60% overall who say the economy is in poor shape is the worst since 2014, and the size of the change in the last month nearly doubles the previous largest change between CNN polls regardless of the length of time between when they were conducted — a 16-point increase in the share calling the economy “poor” between January and March of 2008.
The worsening views of the economy come across party lines — the percentage describing the economy as “good” is down 33 points among Republicans, 28 points among independents and 27 points among Democrats — and most demographic divides. It is sharper among those with college degrees (down 44 points among college grads vs. a 23-point drop among those without degrees) and higher incomes (down 40 points among those with incomes of $50,000 or more annually vs. 18 points among those with lower incomes).
Overall, 67% say they see the economic problems caused by the virus as a temporary obstacle to economic growth rather than a permanent change in the American economy. That sentiment is much stronger among Republicans, 91% of whom say it is a temporary change. Among Democrats, 52% feel that way while 46% say it is a permanent change to the economy.
About half say that the outbreak has caused their household financial hardship, with one in six saying that hardship has been severe. Nearly 3 in 10 who have incomes under $50,000 per year and roughly a quarter of younger Americans and people of color say they are facing severe financial hardship due to the outbreak.
Overall, most feel that the action taken by the government thus far has not done enough to help those who have lost jobs or wages during the outbreak (55%) or to help small businesses (53%). And 44% say it hasn’t gone far enough to help people like them.
There is a wide partisan divide on whether the bills passed by Congress in response to the virus have done enough to help small businesses or those who have lost jobs or wages. About three-quarters of Democrats say the bills have done too little for each of those groups, while only about a quarter of Republicans feel the same way. Most independents say they have not gone far enough.
The CNN Poll was conducted by SSRS April 3 through 6 among a random national sample of 1,002 adults reached on landlines or cellphones by a live interviewer. Results for the full sample have a margin of sampling error of plus or minus 3.7 percentage points.

And now the good news about media-fueled ‘panic’ – Asia Times