(Bloomberg) — The U.K. remains the most attractive place for foreign investment in financial services in Europe, despite the ongoing pressures of Brexit and the economic fallout from the coronavirus pandemic.

About 40% of investors believe the U.K. will be more desirable for foreigners pouring money into financial services after Covid-19, compared to 8% who said the same for Europe as a whole, according to consultancy firm EY. The U.S. was the largest source of financial services investment into the U.K., accounting for about a third of projects, it said.

Foreign banks oversee almost half of all banking assets in the U.K., according to 2015 figures from the nation’s banking regulator. Yet the exodus from London to the continent has been far smaller than some expected after the Brexit vote, with firms moving about 1,000 people by last September, compared with EY’s prediction of 7,000 moves.

London remained the dominant European city for foreign direct investment in 2019 with 67 projects, followed by Paris and Madrid with 29 and 24 respectively.

“While it’s unclear at this early stage how future projects will be impacted by the pandemic, investor sentiment from April this year suggests U.K. financial services is in a strong position to adapt to the changes,” said Ali.

UCP government to use grants to attract petrochemical investments to Alberta – Globalnews.ca

The UCP government has introduced a new incentive program it believes will attract billions of dollars worth of investment in the petrochemical sector, employing tens of thousands of Albertans.

The Alberta Petrochemicals Incentive Program will offer direct grants to companies that decide to invest in Alberta. Companies will qualify if their facilities are up and running by 2030.

“The sky is the limit for the benefits this industry can provide to Alberta,” Associate Minister of Natural Gas and Electricity Dale Nally said while announcing the program.

“Beginning now, we’re going to set our sights much higher.”

The new program won’t be a competition. All projects that meet requirements set out by the province will be eligible to receive funding. Those details are still being worked out, and it’s not known how much money the government will end up paying out.

“From our perspective, if we’re getting return on investment that we need, and we’re getting billions of dollars of infrastructure development happening — and of course resource revenues for Albertans — then we’re not going to put a hard stop on it,” Nally said.

That answer isn’t good enough for NDP Leader Rachel Notley, who believes an announcement without details can’t be considered a clear plan.

“This minister had almost nothing to do for the last 15 months, and to bring forward an announcement like this, with so little information, I ask the question, what has he been doing?”

While in government, the NDP brought forward a number of petrochemical diversification programs itself, including one that uses royalty credits to attract investment. The second phase of that program is still ongoing.

The industry itself believes this new program will be successful, and could attract $30-billion worth of investment over the next decade.

“Our members are looking at tens of billions of dollars of projects right now,” said David Chappell, the board chair of the Resource Diversification Council. He is also a senior vice-president with Inter Pipeline.

“As companies spend tens and hundreds of millions of dollars on projects, before they decide whether they go ahead or not, they can count on this in their economics.”

According to the Chemistry Industry Association of Canada, the chemicals sector in Alberta is already worth more than $12 billion, and directly or indirectly employs more than 58,000 people.

Benefits of investing in a Registered Education Savings Plan RESPs

Investing in the registered education saving plan is a safe way to save funds for the said purpose. Let us consider why you should invest in RESPs.

Aided by the government – The federal government, through the Canada Education Savings Grant, adds 20% per dollar to your savings, with an annual limit of $ 500. The maximum limit for a lifetime is $ 7,200 per child. In the case of families with a lower income, choosing to invest in such funds can be a great deal. Henceforth, anyone eligible as per the rules and regulations can apply for it.

Taxable in the hands of the beneficiary –

When the beneficiary/child enrols for any post-secondary education program, they are eligible to get access to payments (also known as – educational assistance payments) from their funds. These payments are composed of a specific investment income and government grants.

Also, the tax on these assistance payments remains taxable on the hands of the person registered as the beneficiary. It is a strong possibility that the students do not have their income and are likely to fail to pay tax on such payments. However, the RESP withdrawal transactions are kept charge free. Learn more about taxes and RESPs here.

Easy setup – Easy access and set up is another great benefit of investing in the registered education savings plan. Almost anyone can set up an individual account for their child. The funds can grow faster when additional contributions come from friends and other family members when the contributions make the funds sustain for long.

Longevity – There are chances that the beneficiary may choose to defer their education plans once they pass high school. Since the funds in RESPs are accessible for a period of 36 years, they can utilize the funds whenever they feel like giving it a start. However, it is always advisable to go through the rules to ensure that there are no specific restrictions on this.

How do RESPs work?

RESP is an account that enables you to initiate investing for your child’s post-secondary education. In each case, the government contributions are subject to taxation only if they are withdrawn or paid for the beneficiary. As long as the recipient takes enrollment in any academic program, the fund is for the beneficiary.

The fund is to aid expenses for part-time or full-time studies in any academic program. It can be for trade, school, college or university. However, this payment entirely depends upon the RESP contribution made by the account holder into the RESP account. Also, the required contributions should be regularly made into a Registered Education Savings Plan to gain government grants.

It is important to note that as long as there is an appropriate confirmation of admission or enrollment in an educational program, the accumulated funds are for his purpose. Also, you can support the miscellaneous expenses for the education of the beneficiary using this fund. Hence, most certainly, almost anyone can open an RESP account for a child, naming them as the beneficiary.

Since it is a government-aided fund, there are various benefits of it. However, there are several downsides to an RESP that should be known to anyone who intends to open an account in it. For example, if the child decides not to attend the college or university, the government will gets back its funds. However, the account holder can keep the funds belonging to his share, or any money made out of it. 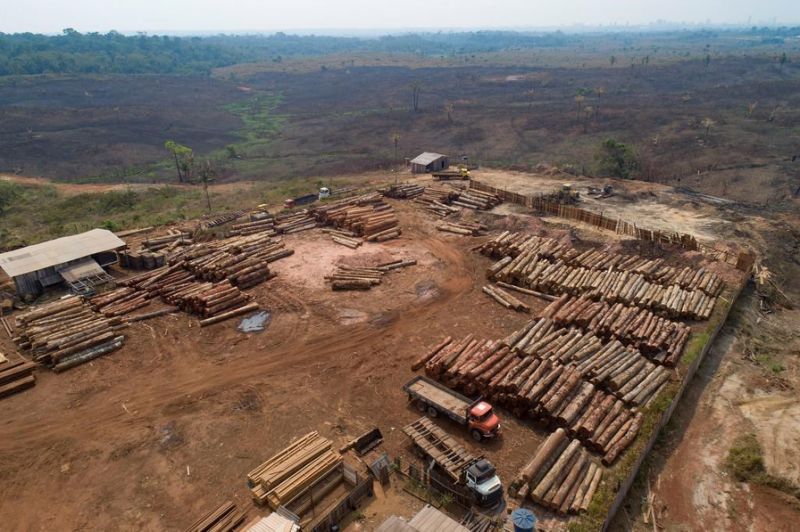 RIO DE JANEIRO — Brazil’s government on Thursday proposed that global asset-managers adopt protected areas in the Amazon rainforest in order to curb illegal deforestation ahead of the season farmers traditionally use fire to clear land and brush.

Vice-President Hamilton Mourão, who heads the government’s council on the Amazon region, held a video call with representatives of investment firms and said he hopes for financial support from them to support environmental protection projects. Last month, mainly European investment firms sent a letter expressing concern over rising deforestation and demanded forceful action against illegal activities in the Amazon. The 34 firms that have now signed onto the initiative have a total $4.6 trillion in assets under management.

“The Adopt a Park program will permit each of these national and foreign companies to choose one of the 132 conservation units in the Amazon and start financially supporting them, for monitoring, prevention and recovery,” environment minister Ricardo Salles said in a press conference in Brasilia after the virtual meeting. The funding, for example, could pay for security to prevent people from entering the areas.

President Jair Bolsonaro took office in 2019 with pledges to unlock the riches of the vast Amazon and has repeatedly opposed large territories being reserved for Indigenous peoples. His government faced international criticism last year when deforestation in the Amazon reached it worst level in 11 years. As a result, some members of European legislatures have said they would vote against ratification of a free-trade deal between the European Union and the Mercosur customs union that includes Brazil, which was signed in June 2019 after two decades of negotiation.

Deforestation in the Amazon increased 22% in the first five months of this year compared to the same period of 2019, the government agency that monitors the rainforest reported June 6. Data for the full month of June has yet to be released.

In the video call on Thursday, investors told Brazilian authorities they are monitoring deforestation rates, the prevention of forest fires and enforcement of Brazil’s forest code, among other issues important for their assessments, according to a statement from Storebrand, one of the financial institutions at the meeting.

“We are evaluating, and having a dialogue with the government is a way to try to minimize the risk of divesting,” Jeanett Bergan, head of responsible investments for Norway’s largest pension fund, KLP, said by phone from Norway. “We hope the dialogue can bring forward positive results and progress, we won’t see the same as last year with all the forest fires, and maybe see positive results coming out of this after awhile. It’s a positive first step and we need to continue the dialogue and hopefully we’ll all see some results on the ground.”

Bergan added that KLP’s participation in any Brazilian program would require more details and information.

KLP has about $53 million invested in 58 Brazilian companies. It has already divested from Brazilian meatpacker JBS, mining giant Vale and power company Eletrobras for reason related to either corruption, the environment or human rights.

Brazil already receives money from wealthy nations, namely Germany and Norway, to fight deforestation in the Amazon rainforest. Norway alone has donated $1.2 billion to Brazil’s Amazon Fund since its creation in 2008. However, both European nations suspended contributions last year, citing continued deforestation and questioning whether the government wants to stop it.

Foreign affairs minister Ernesto Araújo said the government is trying to improve the nation’s image as a responsible environmental steward. Brazil’s government announced Thursday that it has started conversations with Germany and Norway to restart co-operation to protect the Amazon.

The government’s understanding, Mourão said, is that the two main donors to the Amazon Fund want to see deforestation dropping before resuming contributions.

“We will gradually corner those who commit crimes so that deforestation is reduced to an acceptable amount,” he said.

'Vaccine nationalism' could lead to the coronavirus devastating public health and the economy, experts warn – CNBC