Also in this series:

Looking back to those early “cancel everything” days of the pandemic, we can be forgiven for guessing the performing arts would transition to screens and find bored audiences in abundance. That was before we all came to understand the ravages of Zoom fatigue.

As our work and social lives shifted to digital interfaces, it seemed we had limited brain cells left over to watch something “live” but mediated by pixels. After staring at a computer for eight hours a day, the idea of sitting in front of a screen during your off hours felt like a strange form of imposition.

Some art forms fared better than others. Film, already streaming into people’s phones, computers and television screens, pivoted pretty easily. Festivals went digital, and major film studios soon followed, flooding the internet with more movies than any human person could watch in a single lifetime. The literary arts also did reasonably well; book sales were up.

But art galleries were running at a fraction of their usual capacity. Wandering through an empty gallery was something of a surreal and occasionally quite forlorn experience. And for art forms that relied on the frisson of live performance, things were even tougher. The notion of watching a three-hour opera or a dance performance on your laptop was often a hard sell.

Like most humans, the more guilt I feel about something, the less apt I am to want to do it. Events that on paper sounded interesting — a panel discussion or an art exhibition, on Zoom or some other form of digital format felt strangely enervating. After a few moments of talking heads on a small screen I just wanted to slink away. Which, online, is very easy to do. No barging past people, banging into their knees and whispered apologies. You simply blink out of existence and no one is the wiser. 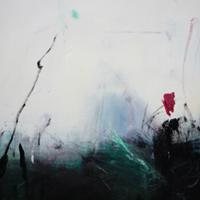 Down but Not Out: The Eastside Culture Crawls On

Fortunately, the creative community is, well, creative. The imperative to discover innovative new ways of presenting shows was galvanizing for lots of organizations. Music on Main’s series “As Dreams Are Made,” which paired one audience member and one musician, was a genuine success story.

Some larger organizations didn’t even try the digital route. The Metropolitan Opera and Broadway simply closed up shop for the year and sent everyone home.

In Vancouver, the casualties have yet to become clear. Different organizations have adopted different strategies. Some may weather the storm and others may not. Personally, I am holding out hope for a renaissance of sorts. When the pandemic finally recedes and people are freed from solitary confinement, they might flood theatres and concert halls, desperate for the experience of crowded receptions, overpriced wine and long bathroom lineups.

I’ve read that when audiences watch a live performance together in a theatre, their heart beats synch up. Maybe it’s no surprise to see what the pandemic has taught us. There’s no digital substitute for real life. A craft exchange is giving local artists who have been cooped up in their homes something to do together.

“Our members can bring in any piece of craft, whether it be artwork or a functional piece, so you could bring in something like a mug as well, you write your name on them, we arrange them and return you a surprise piece of crafty,” the director says.

They are dropping the projects like pottery, paintings, and textile work off from February 10-13. The gifts will then be handed out to other crafters in the exchange.

“I am sure we are going to see some really gorgeous mugs, and bowls, and things like that, but also weavings and tapestries. Most people in craft work in textiles, ceramics, metal, glass, there is a bunch of wood.”

Craig is seeing the crafters’ excitement over the blind exchange

“We are really excited to see what comes out. There is such a variety.”

While sign up is not necessary, she is anticipating many members will be excited to share their crafts and get something in return.

The idea to exchange goods stems from missing regular interactions. Craig says many artists often work together and for some, being isolated means they are missing the ability to share creative ideas. A lack of in-person crafting fairs also meant artists could not see what others were making.

“Our crafters are really excited to do some blind trades, and it is also a nice way of connecting with folks from afar. We normally see a lot of our members quite often at openings and this like that, and I think it is a way of remembering all these folks that you see from time to time and have relationships with.”

One of the bonuses of exchanging crafts between crafters is the level of respect for the art. Craig says crafters are a generous community who typically exchange products and teach others skills. Craig says it has been difficult for some who are used to the interactions and is hopeful the exchange will help with connections.

“I am hoping they get a sense of community. We have a really strong cultural community in Manitoba, and I think that has been the hardest part for everyone is to not be as connected with that community.”

Craig is hoping the blind exchange creates a sense of excitement and encouragement within the group.