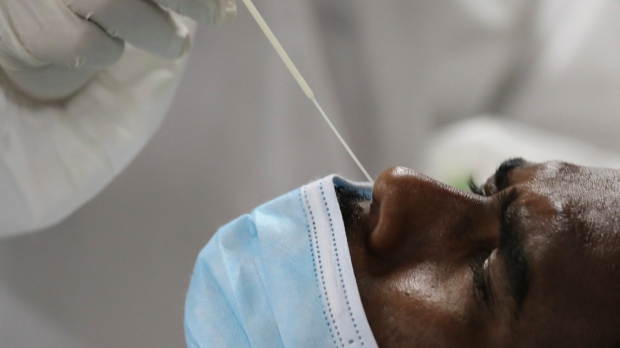 Meanwhile, the number of people hospitalized with COVID-19 rose by four in the past 24 hours. There are now 27 people in area hospitals with the disease. Of those, 16 are receiving treatment in area intensive care units, an increase of three from Sunday’s report.

Since the pandemic began, health officials have confirmed 4,404 variant of concern cases in Waterloo Region.

On Sunday, health partners across Waterloo Region administered 3,586 COVID-19 vaccine doses on Sunday – the lowest daily total since May 30.

Over the weekend, Waterloo Region passed the 700,000-mark for vaccine doses administered. Some 703,799 jabs have now been put into arms since the vaccine rollout began.

More than 80.5 per cent of the eligible population have received one dose, while more than 58.8 per cent of residents 12 and older are fully immunized.

Fewer than 200 new daily infections have been reported for eleven straight days.

With files from CTV Toronto.

Benga Mining says will appeal rejection of Canada coal mine