The audiophiles over at In-Ear Fidelity have just published their first impressions of Apple’s New AirPods Max wireless headphones, which carry a hefty $779 CAD price tag in Canada. Read on to find out whether these headphones are truly worth the money.

The author starts off by noting that he’s neither an Apple fanboy nor a hater. “I hate macOS, love iOS, hate the AirPods, and am lukewarm towards the AirPods Pro,” he writes while adding that contrary to popular belief, Apple is no amateur in the audio world.

“For the sheer amount it has, the APM’s (AirPods Max) bass is very well-done,” notes the author, who tested the headphones with the Samsung Galaxy Z Fold2. “The bass emphasis is focused mainly in the sub-bass (sub-150Hz frequencies) and so is well separated from melodic instrumental frequencies”.

As to whether they are worth the high price tag or not, here’s what he thinks:

In the “intangibles”, the APM does very little to justify its $550 price tag. My personal benchmark for resolution/detail for this kind of sound signature would be the $700 Audeze LCD-2 Classic, and the APM is not even close. Let’s not even talk about the Sennheiser HD800S… frankly, doesn’t even belong in the same conversation much less a comparison point in a formal review.

He concludes by noting that in terms of performance, the AirPods Max is closest to “a decent $100 closed-back studio monitor; the AKG K371, the Shure SRH440, the Audio Technica ATH-M40X/M50X, maybe even the Beyerdynamic DT770 Pro” and that they are not at all worth more than $300.

Requests for refunds on Cyberpunk 2077 met with inconsistent response – GamesIndustry.biz 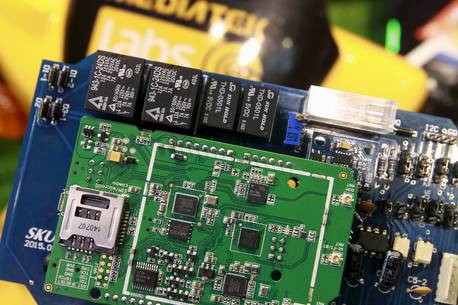 Taiwan’s MediaTek appears to be one of the first high-volume customers for the technology and is among a handful of companies with modem technology to connect phones to mobile data networks, competing against Qualcomm Inc and Samsung Electronics Co Ltd. The new chips announced Wednesday, called Dimensity 1100 and 1200, build on MediaTek’s efforts to go after higher-priced handsets where Qualcomm’s Snapdragon chips have historically had stronger market share.

After announcing its latest Mi 11 flagship smartphone a few weeks ago, Xiaomi started selling the device earlier this month. Now, the Chinese company is gearing up to launch a new variant in the lineup, dubbed Mi 11 Pro.

Now, the latest report coming from popular leaker ‘Digital Chat Station’ reveals that the upcoming Mi 11 Pro will have support for 120x zoom through its rear-facing camera setup. This seems to be pretty much in line with what has been rumored so far.

Instead of the triple-camera setup on the Mi 11, the Pro variant will come with a quad-camera configuration on the back panel. Also, the company seems to have ditched the design of the vertically-aligned sensor found on Mi 10 Pro to a 2×2 grid design.

As for the other specifications, reports indicate that the Mi 11 Pro smartphone will have the same display as the Mi 11. It will feature a 6.81-inch 2K curved display offering a 120Hz refresh rate, 515PPI pixel density, and a peak brightness of 1500nits. Additionally, the device is also expected to have support for MEMC and SDR to HDR conversion.

Given that it’s a flagship offering from Xiaomi and Qualcomm Snapdragon 888 is the most advanced chipset out there in the market, the device will be powered by the Snapdragon 888 chipset, the same as the Mi 11. We also expected to see multiple versions of the phone based on the memory configuration.

In the software department, the phone is likely to be running the latest Android 11 operating system along with the company’s own MIUI custom user interface on top. More information about the device is expected to surface online ahead of its official launch, which will take place after the Spring Festival in China, after mid-February.

UP NEXT: Samsung Galaxy A12 launched in the UK; Galaxy A32 5G and Galaxy A02s coming later


Canada’s Prime Minister Justin Trudeau sought to reassure Canadians that vaccine deliveries would pick up again in a few weeks and that the overall goal, to have every willing Canadian vaccinated by September, would remain on track.
But it was Ontario’s Premier Doug Ford who bluntly voiced the frustration of many provincial leaders as Pfizer continues to cut its vaccine delivery schedule to Canada.
“We got to be on these guys like a blanket, I’d be outside that guy’s house. Every time he moved, I’d be saying, ‘Where’s our vaccines?’ Other people are getting them, the European Union is getting them, why not Canada? That’s my question to Pfizer, we need your support,” said Ford during a Tuesday news conference.
Canada’s supply of the Pfizer/BioNTech vaccine comes from the European allotment and not from nearby manufacturing facilities in the US, since the Trump administration made it clear vaccines would not be exported.
“There’s a plant, a Pfizer plant, six hours in Kalamazoo, Michigan, with the Americans,” Ford said. “My American friends help us out, we need help once again as we did with the PPE. You have a new President, no more excuses we need your support, and we look forward to your support and that’s a direct message to President (Joe) Biden, ‘help out your neighbor.'”
Ford made a direct plea to President-elect Joe Biden for a million vaccines for Canada.
The incoming Biden administration is unlikely to release vaccine doses for export in the short term as Biden transition officials have stated they are uncertain of the current supply of vaccines available in the US.
Canadian government officials made it clear Tuesday that the shortfall in deliveries from Pfizer would result in a “major reduction” in vaccinations in the coming weeks.
“There will be a considerable impact across all provinces,” said Major Gen. Dany Fortin, the Canadian commander in charge of the vaccine rollout, adding, “the overall impact over the next month is in the range of a 50% decrease of expected allocation.”
The pandemic curve in Canada is beginning to show signs of bending downward after weeks of lockdowns. But hospitalizations remain high, and officials say the overall death toll during this second wave could eventually be more dire than the first.
“We’re all contributing to reducing the burden on the health system, supporting our health care workforce in the difficult task of planning and implementing mass vaccine rollout and giving vaccines a longer runway to begin to work as access expands to reach all Canadians,” said Dr. Theresa Tam, Canada’s chief public health officer during a Tuesday news conference.
Tam added on average, about 140 virus-related deaths are reported in Canada each day.