Among the many rumors floating around on the web, we’ve narrowed down what looks to be most legitimate.

The PlayStation 5 has a V-shaped top, which appears to be a reference to the Roman numeral for five. The design manages to look both futuristic and nostalgic, like something out of a 1980s science-fiction film. It’s not as slim and minimal as the PS4 or even the Xbox One X; its bulkiness is a callback to older tech. 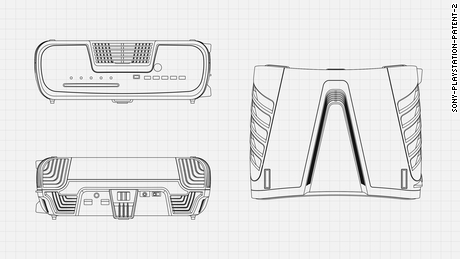 If the final product ends up looking similar to the prototype, that would be a departure from previous PlayStation designs. Sony did not return a request for comment on the leaks.
“I think we can expect a significantly different PS5 design at launch,” said Piers Harding-Rolls, a director of research and analysis of games at IHS Markit. “It’s possible some of the design cues may transition over.”

In other aspects of the new video game console, Sony has kept things the same. On Monday at the CES consumer electronics show in Las Vegas, Sony Interactive Entertainment president and CEO Jim Ryan revealed the PlayStation 5’s new logo, which bears a striking resemblance to the console’s previous logos.
Even the decision to stick to calling the new console PS5, rather than PlayStation Series 5 or something unusual, was par for the course for Sony.

We know that the PlayStation 5 will be using AMD’s graphic chips.
The PlayStation 5 is expected to have faster load speeds and improved audio. It will support hardware ray-tracing for better graphics and it has an SSD hard drive for accessing games faster.

Sony has said the PlayStation 5 will feature a redesigned controller. It will include haptic feedback and improved tactile sensations, such as rumbling and shaking, so users can better feel what’s going on within a game.
“With haptics, you truly feel a broader range of feedback, so crashing into a wall in a race car feels much different than making a tackle on the football field. You can even get a sense for a variety of textures when running through fields of grass or plodding through mud,” Ryan, the CEO of Sony Interactive Entertainment, wrote in the post. “One of our goals with the next generation is to deepen the feeling of immersion when you play games.”

When it’s coming and how much it will cost

Sony confirmed last October the console would launch in 2020 for the holiday season, nearly six years after the arrival of the PS4. The company has declined to share how much the PlayStation 5 will cost, but Harding-Rolls predicts the PS5 will likely cost around $499, if not more.
That should make it competitive with Microsoft’s Project Scarlett, the next-gen Xbox console, which will also launch for the 2020 holiday shopping season. 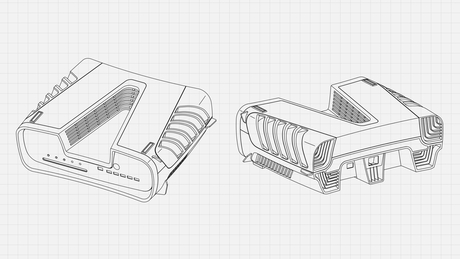 But that pricing and launch timing means the PS5 will almost certainly lose to the Nintendo Switch in sales this year, as Nintendo has the benefit of selling throughout 2020, and the Switch models cost between $199 and $299. Harding-Rolls predicts that the Nintendo Switch will sell 20.2 million units while the PlayStation 5 will sell 6.5 million and the Xbox Series X 4.5 million this year.
Joost van Dreunen, managing director at SuperData, a Nielsen company that analyzes the video game industry agreed that pricing was important.
“I anticipate the first-year sales for the PS5 to be similar to that of the PS4. However, this depends for a large part on Sony’s willingness to price it competitively,” he said, adding that he believes Sony doesn’t have much room to charge more than $399 for the PS5.
With the Electronic Entertainment Expo set for June this year, and plenty of opportunities for Sony to make more announcements like the one on Monday, we should be learning more about the PS5 soon.

Google will soon read websites to you – CNBC

Twitch says no passwords were leaked in security breach – Engadget


No Twitch passwords were exposed in the livestreaming service’s recent major security breach, according to the company. In an update on the incident, Twitch said it’s confident systems that store hashed login credentials weren’t accessed, nor were ACH/banking details. Twitch previously noted it doesn’t store full credit card numbers.

With Minecraft Live 2021 happening today, the internet will be flooded with an influx of Minecraft news and announcements. As part of the event, gaming chair company Secretlab has announced a brand-new collaboration with none other than Mojang Studios. That’s right, the TITAN Evo 2022 chair from Secretlab is gaining a brand-new special edition flavor, this time modeled after one of Minecraft’s most infamous and legendary mobs: the Creeper.

Available in three different sizes, the Minecraft Edition of Secretlab’s latest gaming chairs is the first special edition from the company to be wrapped in its signature SoftWeave Plus fabric. This unique fabric promises to offer excellent comfort and durability in one package, and has apparently been requested by the community in a special edition chair for ages. Beyond the choice of fabric, this chair includes everything that makes the TITAN Evo 2022 platform special, but themed to look like a Minecraft Creeper.

Alongside the Creeper face proudly embossed on the front, the chair also features a unique pixellated texture along the sides and a handful of Minecraft logos that appear alongside the expected Secretlab logo. It certainly looks the part, and Secratlab’s reputation as some of the best gaming chairs around hopefully means this chair will be worthy of the price tag.

The Secretlab TITAN Evo 2022 Minecraft Edition chair is now available to check out on Secretlab’s site. Be sure to tune into Windows Central for the rest of our Minecraft Live 2021 coverage, as we’re keeping track everything being announced.

We may earn a commission for purchases using our links. Learn more.


Here’s everything announced during Minecraft Live 2021


Here’s everything we know about ‘The Wild Update’ for Minecraft

Warner Bros. has released the first story trailer for its Suicide Squad: Kill the Justice League game at the virtual DC FanDome event.

Developed by Rocksteady, the studio behind the Batman: Arkham trilogy, Suicide Squad: Kill the Justice League follows the titular team of supervillains as it’s assigned to, as the title suggests, take out the Brainiac-controlled Justice League.

The game was first revealed in a cinematic trailer at last year’s DC FanDome with a 2022 release window, although no gameplay was revealed. The new trailer similarly doesn’t feature gameplay, so it’s unclear exactly how it will play. Rocksteady has previously confirmed it will support one to four players via co-op.

That said, we did get three minutes of in-game footage in the new “Ticking” trailer. In the footage, we see more of Harley Quinn, Deadshot, Captain Boomerang and King Shark from the first trailer, as well as first looks at Amanda Waller, the Suicide Squad’s boss, as well as Justice League members like The Flash, Superman, Green Lantern and Wonder Woman.

Interestingly, we only get a look at the Batmobile instead of Batman himself, which is especially notable considering Kill the Justice League is set in the Batman: Arkham universe. It’s unclear what role Batman may play or whether he’ll be voiced by veteran actor Kevin Conroy as he was in the Arkham trilogy.