Refiners around the world have been announcing permanent closures of refinery capacity this year after the pandemic crushed fuel demand worldwide, and significant overcapacity still remains, the International Energy Agency (IEA) said on Thursday.

In the past few months alone, refiners have announced more than ten permanent closures of refineries, with the highest capacity planned for closure, 1 million bpd, in the United States, according to the IEA.

“There were capacity shutdowns planned for 2020-2021 prior to COVID-19, but the bulk of the new announcements reflect pessimism about refining economics in a world suffering from temporary demand collapse and structural refining overcapacity,” the agency said in the report, as carried by Reuters.

Refiners in the United States are idling refinery capacity and cutting jobs to cope with the losses stemming from the demand crash in the pandemic.

Refiners are also shutting down permanently or converging oil refineries as the demand crash from the pandemic continues to crush refining margins.

Several refiners and oil majors have recently announced permanent closures in the United States and Asia, while analysts believe that some high-cost refineries in Europe could also be shut down over the next few years as margins for processing crude into fuels are expected to remain depressed.

Shell said this week it would halve the crude oil processing capacity of its largest wholly owned refinery in the world, Pulau Bukom in Singapore, as part of its ambition to be a net-zero emissions business by 2050 or sooner.

Also this week, Petroineos, a joint venture of Ineos and PetroChina, said it plans to permanently close some units at the 210,000-bpd Grangemouth refinery, the only refinery in Scotland, which will cut the facility’s refining capacity to 150,000 bpd.

What provinces and territories have said about their COVID-19 vaccine plans – CBC.ca

The federal government is laying plans for the procurement and distribution of COVID-19 vaccines, inking contracts with seven potential manufacturers and saying six million doses could arrive in the country in the first quarter of 2021.

But various provinces have started spelling out their plans as well. Here’s a look at what they’ve said so far:

The province’s chief medical officer of health says he will release a detailed plan for the distribution of a COVID-19 vaccine once Ottawa shares more information.

Dr. Robert Strang said Friday there is no certainty yet about the availability of a vaccine, but expressed hopes an initial supply will trickle into Nova Scotia early in the new year.

Strang said a detailed provincial plan, to be released once the federal government has shared more specifics on its end, will include tight control of the supply and clear rules dictating who can be first in line for immunization.

He said he’s waiting for more federal guidance on issues ranging from priority groups to transportation and storage logistics.

The province will be ready to start rolling out its vaccine plan as of Jan. 1, say senior politicians.

Premier François Legault said Thursday that public health officials have already settled on the list of priority vaccine recipients, but did not release details. Legault said the province is also working to put the necessary infrastructure in place to support a vaccine rollout.

That includes obtaining refrigerators capable of maintaining the extremely low temperatures needed by one of the most promising potential vaccine options, currently in development through pharmaceutical giant Pfizer.

Premier Doug Ford is among those leaders calling on Ottawa to provide more clarity as officials scramble to develop a provincewide vaccination strategy.

Early speculation on the number of doses the province could receive was put to rest earlier this week when federal Health Minister Patty Hajdu said such details were still in the works.

Hillier said on Friday he hopes to have a plan developed by year’s end, while Ford urged Ottawa to provide detailed information on potential vaccine delivery.

“We need a clear line of sight into the timelines of the shipments,” Ford said. 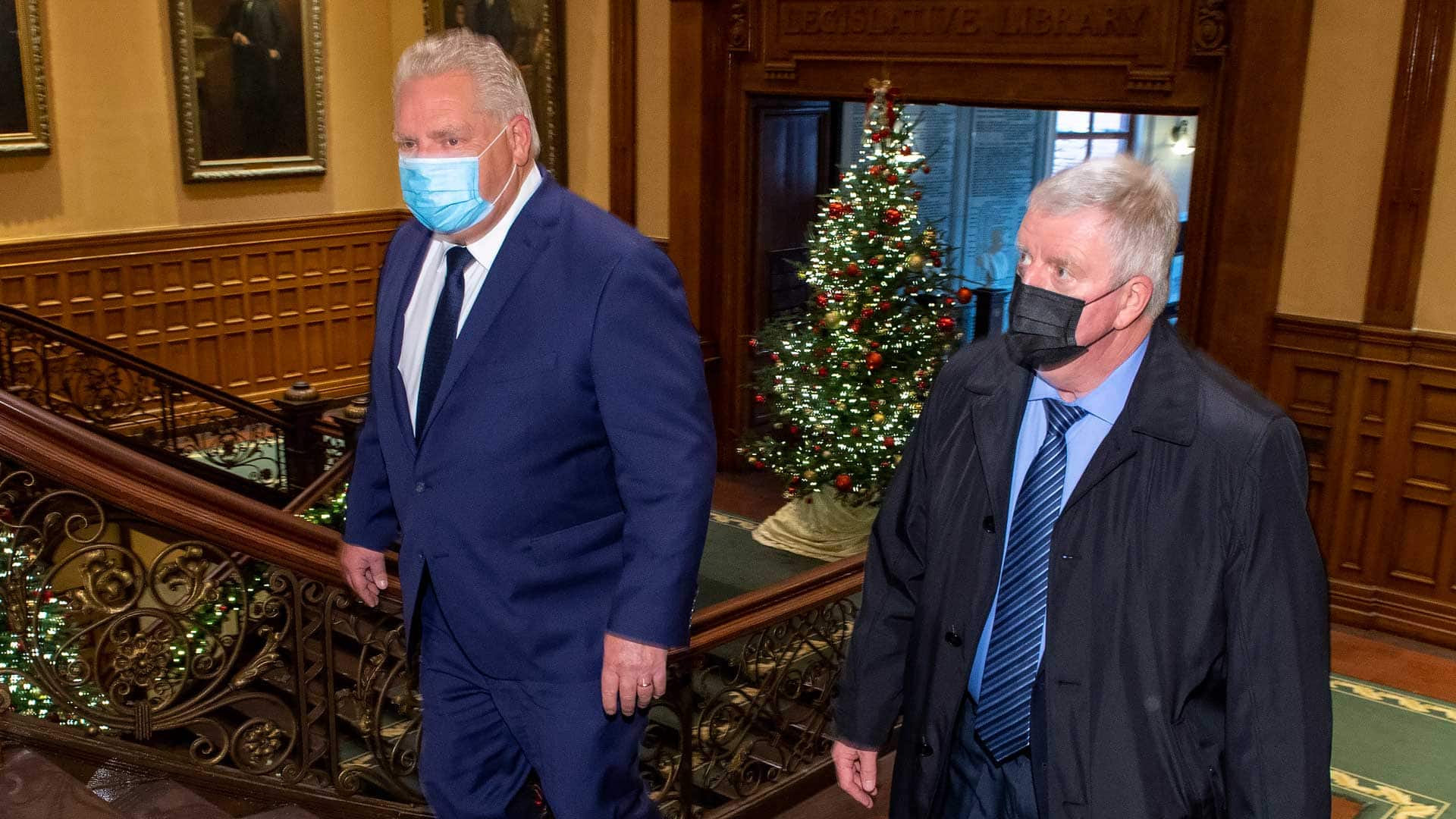 Ontario reported a record-high 1,855 new cases of COVID-19 on Friday. The head of the province’s vaccine task force says he aims to be ready for vaccine distribution by the end of the year, though the vaccine may not yet have arrived. 5:04

The province’s top medical official has said she expects to receive 680,000 doses of COVID-19 vaccine early in the new year, a figure not yet confirmed by the federal government.

Dr. Deena Hinshaw has also said a number of hurdles and unknowns remain as the province works to devise its vaccination scheme.

“These [vaccine] numbers, of course, depend on many factors,” Hinshaw said on Nov. 18.

“They depend on the final pieces of the trials that are underway going well. They depend on ensuring that the safety and the effectiveness of the early vaccines can be assured. All of those checks and balances must be cleared.” 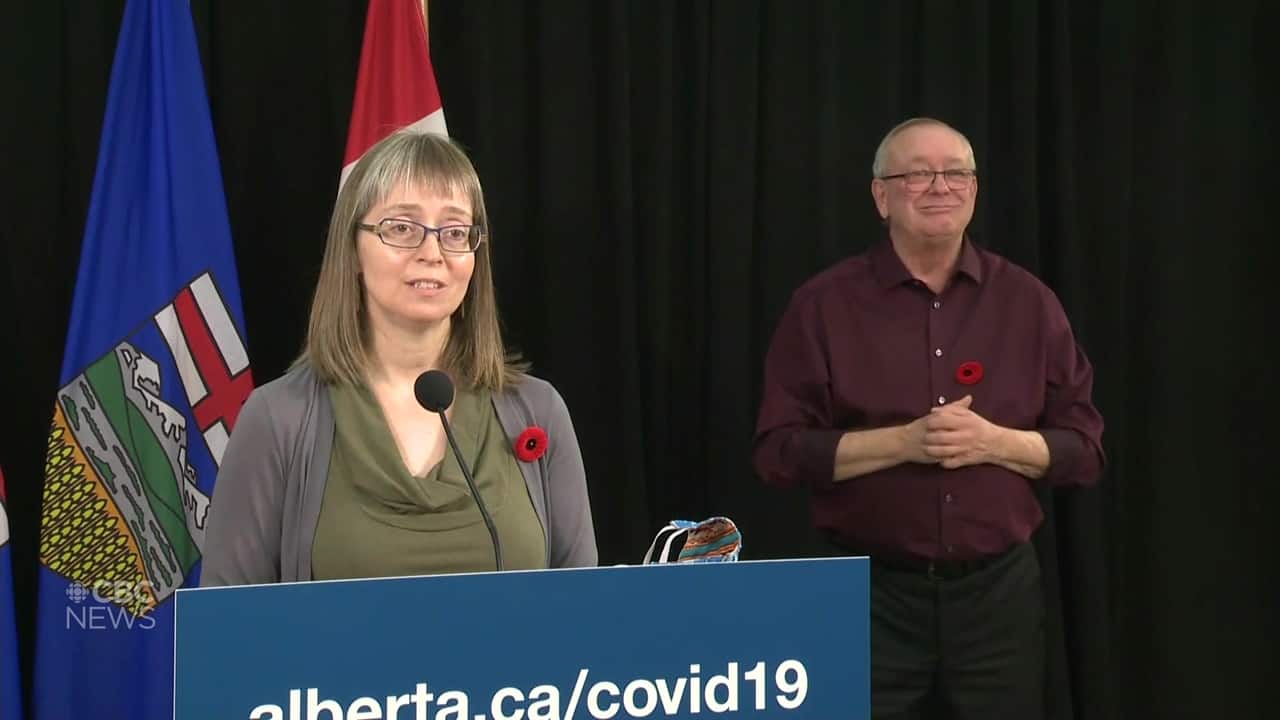 Alberta’s chief medical officer of health says although a potential COVID-19 vaccine may be getting closer it is still “a lifetime away” and Albertans need to continue to follow health guidance. 1:50

On Friday, Hinshaw said the province is working with Ottawa to get vaccine, but it is “a bit of a moving target” on when vaccines might be available.

“But our goal is that whenever vaccine is available, we will be ready to start immunizing individuals on that highest priority list.”

Provincial health officials announced on Wednesday that a vaccine strategy for the province is already in the works.

Dr. Bonnie Henry, the province’s top doctor, said Dr. Ross Brown of Vancouver Coastal Health will join the group working to organize the logistics around the distribution of vaccines.

Henry said front-line workers as well as those in long-term care homes will likely have priority for vaccinations.

She cautioned that while the province has contracts with vaccine makers, there can be challenges with offshore manufacturing. 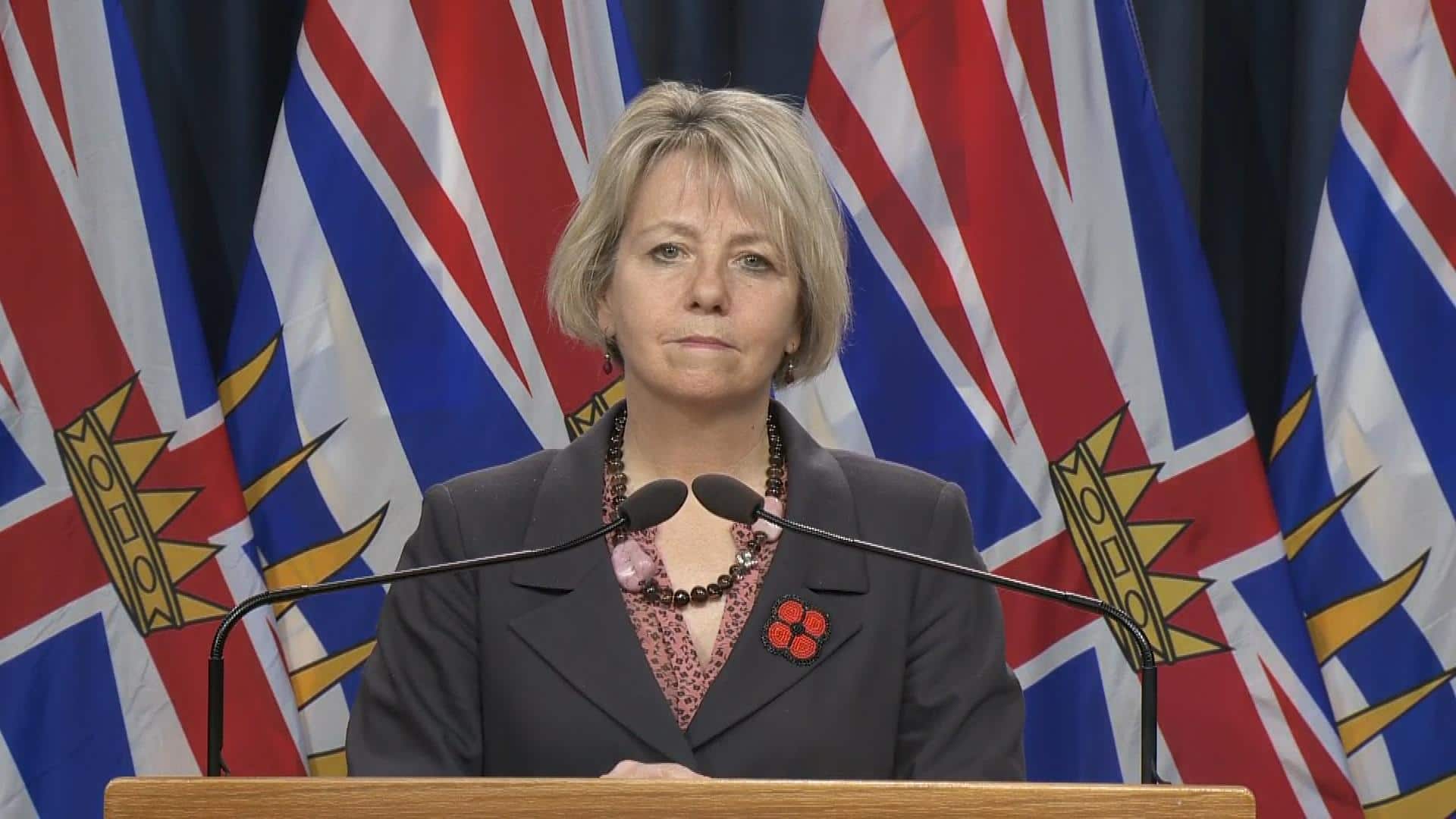 “It’s very much focused on who is most at risk and how do we protect them best,” Henry said. “There’s a lot of discussion that needs to happen.”

Henry said the province hopes to have vaccines in hand by January.

Premier Sandy Silver told the legislature on Wednesday that the territory has been in discussions with various levels of government on a vaccine rollout plan.

He said the goal will be to provide vaccines to elderly people and health-care providers.

Silver said rural and remote communities should also get priority status in northern regions, a fact he said he’s emphasized with federal authorities.

The premier said he has joined the other provincial and territorial leaders in pushing for a national strategy to distribute the vaccine.

“How confusing would it be for 13 different strategies right across the nation?” he said.

Silver said the Pfizer vaccine could cause logistical problems for remote communities because of its cold-storage requirements, but those issues may not apply to other vaccines under development. 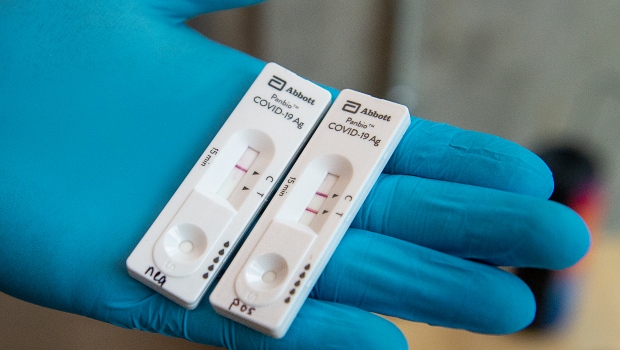 TORONTO —
Ontario health officials are reporting more than 1,800 new COVID-19 cases after the province processed a record-breaking number of tests over the past 24 hours.

The province confirmed 1,855 new cases of the novel coronavirus on Friday. It’s the highest number of cases ever recorded in a single day in Ontario. The previous record high was on Saturday when officials logged 1,588 cases.

Officials said the province completed 58,037 tests over the past 24 hours, which is the highest number of tests processed since the pandemic began and the first time the province has surpassed its 50,000 capacity limit. The previous record-breaking number was on Oct. 8, when the province processed 48,488 tests in a 24-hour period.

The ministry of health said the province’s positivity rate on Friday now stands at about 3.7 per cent when including duplicate tests and errors.

Health officials also reported 20 new deaths on Friday. Seniors continue to be the age group hardest hit by the pandemic. According to the province’s epidemiology report, 13 of the 20 deaths were people living in long-term care homes.

Since the pandemic started in January, of the 3,595 people who have died in Ontario due to the disease, 2,494 were over the age of 80.

Provincial health officials deemed 1,451 more cases to be resolved as of Friday, bringing the total number of recovered patients in Ontario to 94,366.

The total number of lab-confirmed cases of COVID-19 in Ontario now stands at 111,216, including the deaths and the recoveries.

The province released updated COVID-19 projections on Thursday that showed that in the worst-case scenario, Ontario could see more than 9,000 new cases of the disease per day by the end of the year.

There are 541 people currently in Ontario hospitals due to COVID-19, with at least 151 of those patients in an intensive care unit and 101 of them breathing with the assistance of a ventilator.

Thursday’s projections also suggested that more than 200 COVID-19 patients will be admitted to Ontario intensive care units in December “under any scenario.”

Toronto and Peel Region entered the province’s lockdown phase on Monday, which forced most non-essential businesses, including gyms, malls and personal care services, to close for at least 28 days.

Most of the new cases of COVID-19 reported on Friday involve people under the age of 80.

In total, Ontario has processed more than 6.1 million tests since the pandemic began in January. There are 54,241 COVID-19 tests still under investigation. 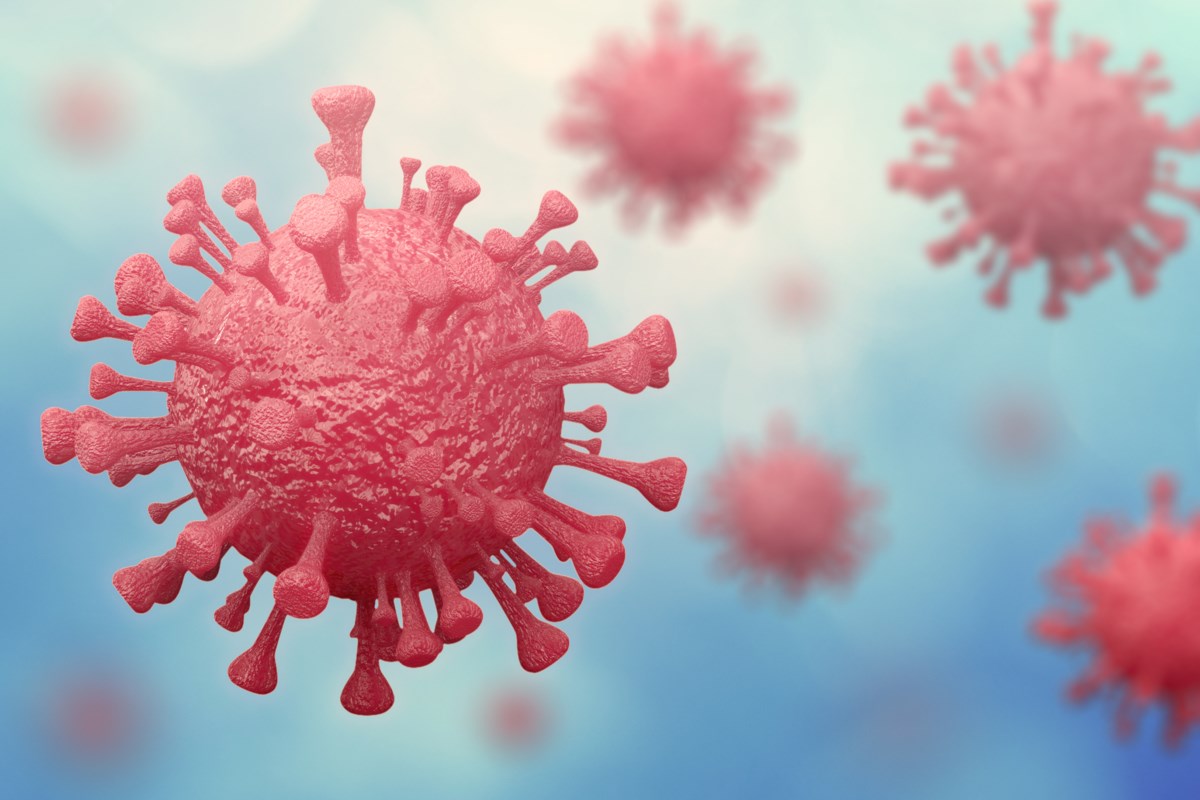 Anyone who worked or visited the following locations on the specified date and time to immediately visit covid-self-assessment.novascotia.ca/ to book a COVID-19 test, regardless of whether or not they have COVID-19 symptoms. People who book testing because they were at a site of potential exposure to COVID-19 are required to self-isolate before their test and while waiting for test results. You can also call 811 if you don’t have online access or if you have other symptoms that concern you.

Please remember:
Do not go directly to a COVID-19 assessment centre without being directed to do so.

All Nova Scotians are advised to continue monitoring for COVID-19 symptoms and are urged to follow Public Health guidelines on how to access care. Up to date information about COVID-19 is available at novascotia.ca/coronavirus
*************************

Art is good medicine in these trying times – ThePeterboroughExaminer.com

What provinces and territories have said about their COVID-19 vaccine plans – CBC.ca