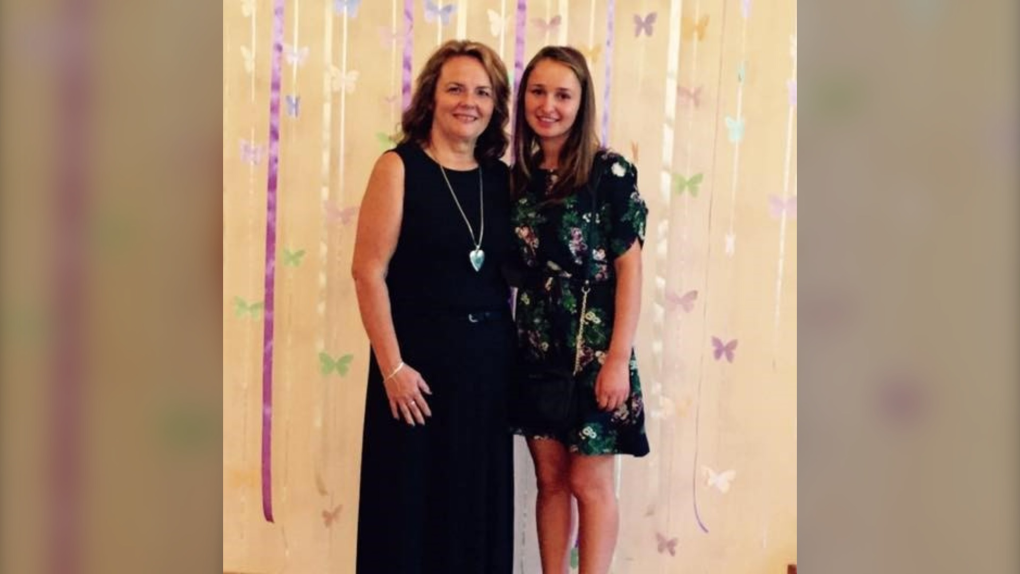 As Ukrainian President Volodymyr Zelensky played a video of the horrific atrocities occurring during the Russian invasion of Ukraine to the U.S. Congress, on the opposite side of the world in Kyiv, Russian forces reportedly shot and killed 10 civilians, the group waiting in line for bread.

Usovich fled Odesa more than a week after the war began; by March 4, she had trekked to Romania.

“In our city, many of checkpoints. It was difficult to leave. We couldn’t get to the border by bus and we walked 60 kilometres. We stayed at the border [for] four to five hours. It was a long way,” she said.

The 28-year-old journalist is one of 30 Ukrainian refugees who fled the country with help from a Kemptville, Ont. church.

“I got involved with at risk girls in Ukraine back in 2005,” Stephanie Gilmer said.

Gilmer, a member of SouthGate Church, spent nearly two decades travelling between Canada and Odessa creating a support system for orphaned girls in Ukraine. When the war broke out, her first thoughts were of them.

“I wanted to make sure that the people that I know and love were safe,” Gilmer said.

With help from her congregation, Gilmer and members of SouthGate Church raised more than $20,000 for refugees fleeing Ukraine; the funding helping to get 30 people out of the country, with plans to bring five people to Canada in the near future and another seven could arrive afterwards.

“I feel extremely blessed that I’m able to offer them the opportunity to come and to work with my church and to work with Stephanie and all the people who have donated because I couldn’t have done all this by myself,” Rachinda Bates, a SouthGate Church congregation member who will be housing two Ukrainian refugees said.

“I have two women and a child that are going to move in with me and I am just thrilled to do that,” Gilmer said.

Usovich is one of those two women. Anxious to leave her home behind, she’s also eager to reunite with the woman who helped her find safety; not for the first time.

“I can’t explain what I feel, I’m just very thankful. She helped me a lot before war and now she continues to help me and my friend. I know if we go to Canada, we have friends and we have support,” Usovich said.

Usovich, along with two other refugees in Poland, are currently waiting on the Canadian government to process their applications to come into the country. Originally expected March 15, the women and the families receiving them eager for their arrival but unsure when it will come.

Opportunity for Your Homeland