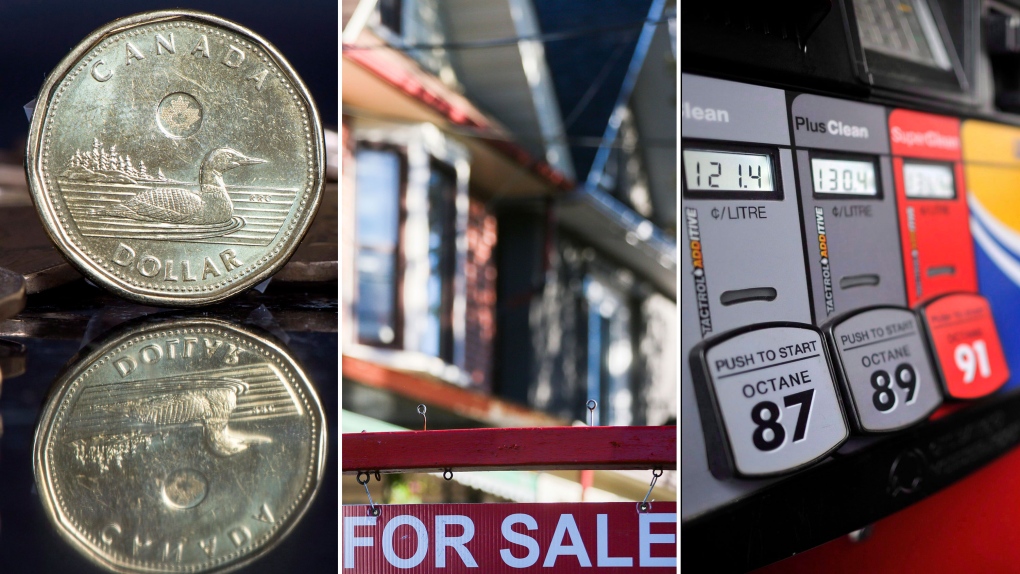 From minimum wage increases in some provinces to Canada’s ban on foreign property buyers, the new year will usher in a number of New laws and rules coming to Canada in 2023.

Changes coming into effect in 2023 also include higher payroll deductions for Canadian workers, the introduction of federal carbon pricing in three Atlantic provinces, and new medication-prescribing powers for Ontario pharmacists.

Here are some of the New laws and rules coming to Canada in 2023 you need to know about:

New laws and rules coming to Canada in 2023 NATIONWIDE:

The employee and employer CPP contribution rates will increase to 5.95 per cent from 5.70 per cent in 2022, the Canada Revenue Agency announced in November.

In a separate notice, the federal government said that changes to employment insurance rates will result in workers paying a maximum annual EI premium of $1,002.45 in 2023, compared to $952.74 in 2022.

The Canadian Federation of Independent Businesses says the CPP and EI contribution increases mean that every Canadian worker will see up to $305 less in annual take-home income next year.

As of Jan. 1, 2023, foreign commercial enterprises and people will be prohibited from buying residential properties in Canada for two years. Parliament approved the ban last summer in an effort to address housing shortages and affordability issues, but many people will be exempt from the new rule, including those with temporary work permits, refugee claimants and international students who meet certain criteria.

The federal government’s carbon pricing is set to increase from $50 per tonne to $65 per tonne on April 1, 2023.  The Canadian Taxpayers’ Federation says that will increase the current 11.05 cents per litre carbon price to 14.31 cents per litre of gas – costing a family “about $10.88 every time they fuel up their minivan.”

The taxpayers’ federation also says clean fuel regulations set to take effect on July 1, 2023 are expected to increase the price of gas.  Those regulations will require gasoline and diesel producers and importers to reduce the carbon intensity of their fuel.

If you plan on making a contribution to your Tax-Free Savings Account – or opening a TFSA for the first time — the annual limit for 2023 will be $6,500 – a $500 increase from the previous year and the first limit increase since 2019.

As of mid-January 2023, Canadians who face mental health challenges as a result of fulfilling their jury duties – such as seeing disturbing evidence during trials, for example – will be allowed to discuss their jury work with a mental health professional. Discussing trial information is normally forbidden, but the passing of Bill S-206 makes the exemption for jurors who need to seek professional support.

A separate piece of federal legislation will allow jury selection to be done via videoconferencing as of Jan. 14, among other changes to the criminal justice system meant to streamline the process.

As of Jan. 1, 2023, trucks and buses travelling between provinces and territories must have electronic devices that log the number of hours drivers spend on the road, instead of relying on paper log books.

As of Jan. 3, 2023, there will be a mandatory three-day consumer protection period for real estate purchases in order to give homebuyers an opportunity to secure financing and arrange home inspections, the provincial government said.

New laws and rules coming to Canada in 2023 PROVINCES:

As part of its inflation relief efforts, the provincial government is rolling out affordability payments in 2023 to those who are eligible.

Similarly, families with annual household incomes below $180,000 can apply to get a total of $600 for each dependent child under 18 years of age.

The provincial government is also adjusting personal income tax rates for inflation and says many Albertans will see the benefits of that “on their first paycheques of 2023.”

From Jan. 1 to July 1, 2023, Alberta will drop the provincial fuel tax, making filling up a tank of gas cheaper. The collection of the 13-cent-per-litre tax had been previously paused to help Albertans cope with high cost of living, but was then reinstated.

In mid-December, the provincial government announced a new disability income support program that it says “will provide better supports and services for Manitobans living with severe and prolonged disabilities.” The program will be launched in two phases, with the first beginning on Jan. 1, 2023.

For the 2023-24 school year, the Saskatchewan government is introducing a centralized online schooling system, which it says “will provide Kindergarten to Grade 12 classes to any Saskatchewan school student who chooses to study online,” no matter where they live.

As of Jan. 1, pharmacists in Ontario will have the power to prescribe medications for 13 types of “common ailments,” without the need for the patient to see a doctor.

Starting March 31, 2023, the province will begin transitioning seniors and those on social assistance to cheaper, generic prescription medications covered by the Ontario Drug Benefit (ODB) plan.

The provincial government said certain drugs covered by the ODB will be switched to Health Canada-approved “biosimilar” versions of the medications. There will be a transition period to allow ODB recipients to discuss the changes with their health-care providers.

Naloxone required in some workplaces

Starting on June 1, 2023, Ontario workplaces deemed at risk of staff witnessing or experiencing an opioid overdose will be required to have Naloxone kits on site. Naloxone is a type of medication widely used to reverse opioid overdoses.

Quebec’s Law 25 is bringing a number of changes to the province’s privacy laws in 2023, including new rules on how consumers’ personal information is collected and the right of individuals to have their names and information de-indexed online in certain cases. Tech company Didiomi has a breakdown of what Law 25 entails.

No more work permits for some international students

A massive municipal reform plan will reduce the number of local governments in New Brunswick from 104 to 78 and amalgamate various local ‘service districts’ into 12 new rural districts, among other changes.

The province says the changes will lead to better local representation and a fairer municipal tax structure.

Changes to how kids learn French in school

Nova Scotia and two other Atlantic provinces will see federal carbon pricing imposed on them as of July 1, after the pricing plans they submitted were rejected by the federal government.

As of April 1, 2023, all short-term rentals in the province – including those operated out of private homes – will be required to register every year with the N.S. Tourist Accommodations Registry and include their registration number in online booking platform listings.

P.E.I. will be among the Atlantic provinces where the federal carbon pricing will be applied as of July 1, 2023. The federal environment minister said the rebate payments to P.E.I households will amount to $240 every three months.

As of January 2023, the provincial personal income tax exemption will be raised by $750 to $12,000 – a measure the government says is intended to allow residents to keep more money “in their own pockets.”

Federal carbon pricing will be imposed on the province as of July 1, 2023 – a move the Newfoundland and Labrador government has called disappointing.

However, the federal environment minister has said that Newfoundland households will receive carbon pricing rebates of $328 every three months.

The territory’s new Animal Protection and Control Act will be enforced in 2023. The legislation covers a wide range of issues related to all types of animals, from higher standards of care to more enforcement tools for local governments to deal with feral animals.

Changes to how minimum wage is adjusted

As of Sept. 1, 2023, the minimum wage will be adjusted annually using a new formula that takes into account the Consumer Price Index – a tool used to measure inflation – for Yellowknife and the average hourly wage in the territory. The minimum wage is currently $15.20 per hour.

New laws and rules coming to Canada in 2023

What to expect from Doug Ford’s government in 2023