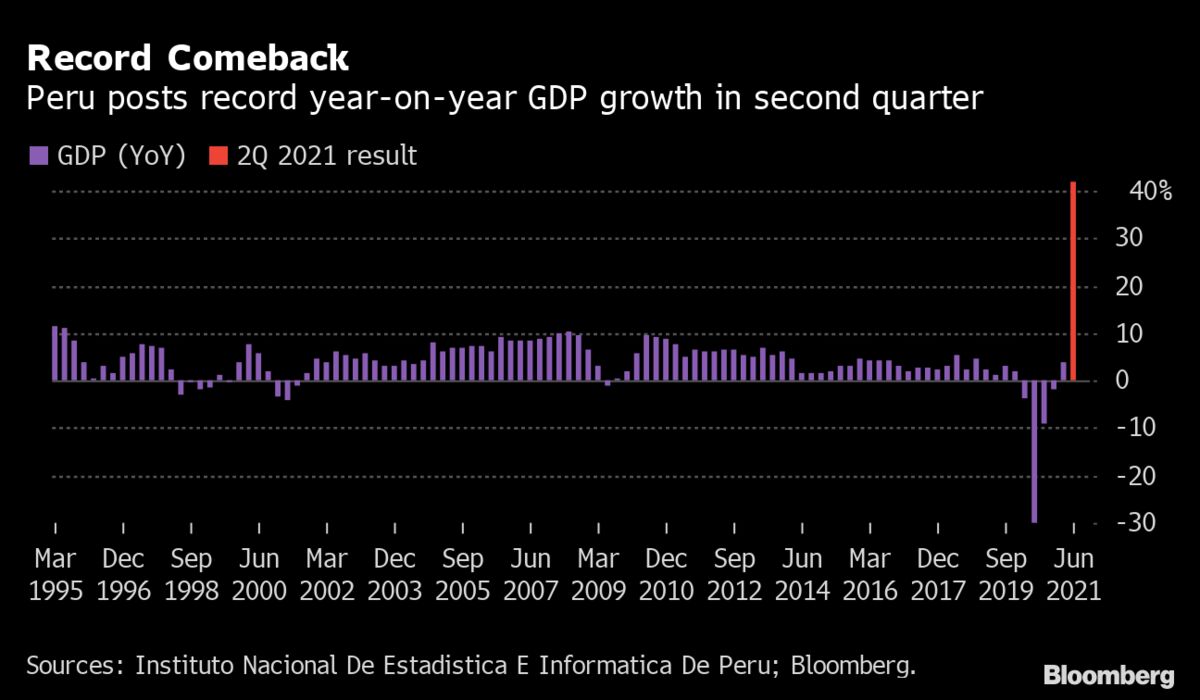 Peru’s economy rebounded in the second quarter, shrugging off political and financial volatility as it recovers from one of the world’s deepest slumps last year.

Gross domestic product grew 41.9% in the three months through June from the same period a year earlier, the national statistics institute said Monday. The result was higher than the 41.5% median estimate of analysts surveyed by Bloomberg.

"Our economy is in a free fall": Lebanese community worries as crisis deepens – CTV News Atlantic