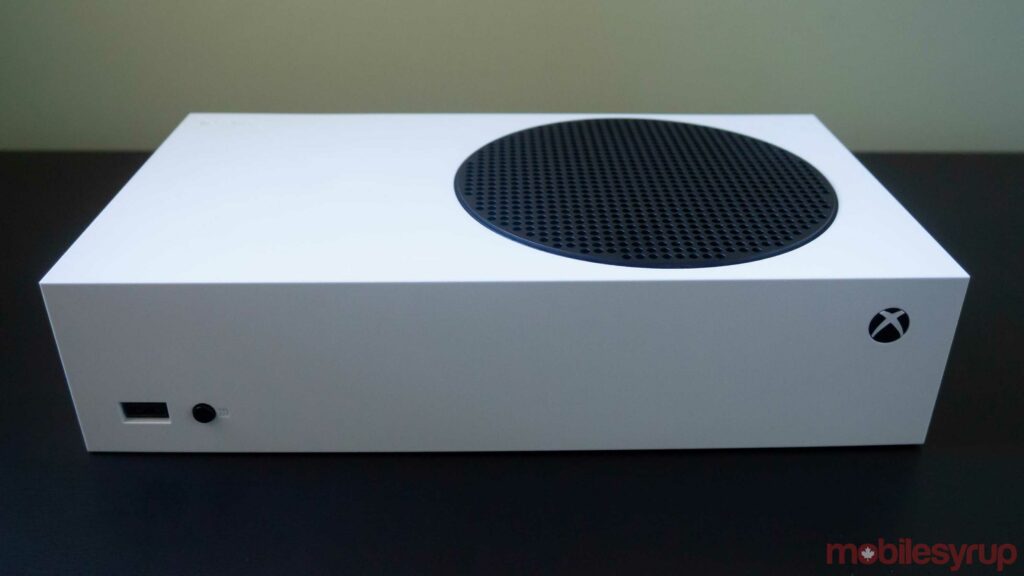 It looks like Amazon Canada has a few Xbox Series S consoles in stock.

You can check out the console on Amazon’s website where it retails for $379 CAD.

As of the time of writing the Xbox Series X is still out of stock at Amazon.

Introducing the next generation of Mac – Apple Newsroom

Here’s a comparison of the top Sony headphones deals for Black Friday 2020, including all the top discounts on Sony wireless & noise cancelling headphones 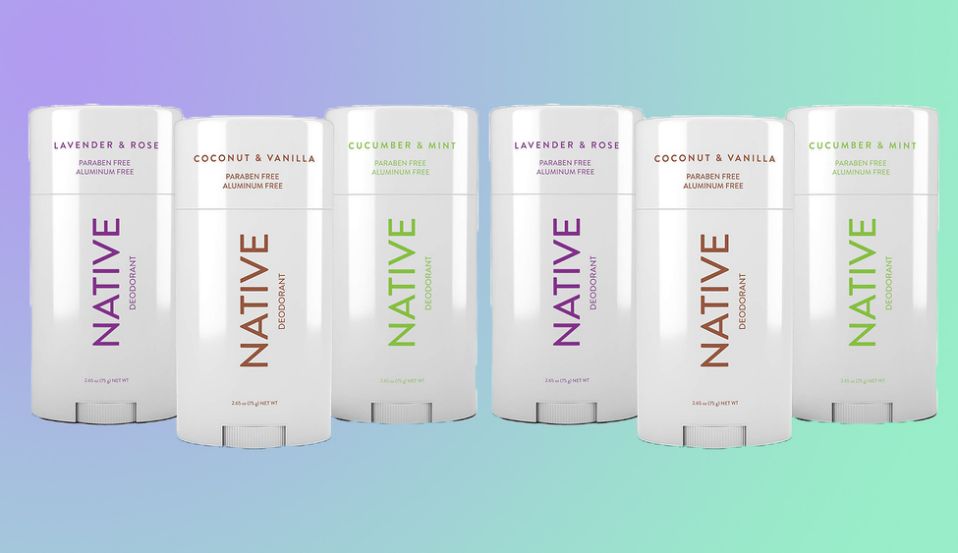 Toronto FC ready to refocus on future as long, hard season comes to an end

One of Toronto FC’s biggest stars isn’t thinking about whether or not he’ll be named the league’s most valuable player this season. After all, while some other nominees are still fighting for Major League Soccer’s top prize, Alejandro Pozuelo and his teammates are already back home. “For me, the MVP, it’s not important,” the 29-year-old Spaniard said on a video call Friday. “I feel no good when we lose in the first round (of the playoffs).”Toronto appeared poised for a long playoff run after finishing the regular-season campaign with a 13-5-5 record, second best in the league. But the club’s year came to an abrupt end Tuesday when it lost 1-0 in overtime to expansion side Nashville SC in East Hartford, Conn.Three days later, the result is still “bitter,” and the players feel some guilt because they know they could have gone further, said goalkeeper Quentin Westberg. “It stays and it sticks and it’s going to be hard to wash off,” he said.The disappointing finish punctuated a long, hard season that saw Toronto’s players and staff face unprecedented challenges, from injuries and a condensed schedule to months spent on the road and games in empty stadiums. The uncertainty of 2020 has been difficult for everyone, said midfielder Jonathan Osorio, including professional athletes who saw seasons come to a screeching halt in March as the COVID-19 pandemic took hold in North America. “You’re dealing with a lot of things that happen so quickly but so slowly at the same time,” he said. “It was tough.”TFC played just one game in front of fans at BMO Field before the hiatus. When play resumed, it was in a bubble near Orlando, Fla., with the MLS is Back tournament, followed by an all-Canadian nine-game series in Toronto, Montreal and Vancouver. Then, in mid-September, border restrictions forced all three Canadian clubs to move south. TFC set up a temporary home in East Hartford.“You had to have a lot of patience this year, I think. It was tough,” Osorio said. “It was tough to get your body ready for games and then stop for long periods of times and then start again so quickly. An overall tough year for everybody.” A wave of injuries also impacted Toronto. Star striker Jozy Altidore and veteran defender Justin Morrow both missed time, and captain Michael Bradley was twice sidelined, first by an ankle injury and then by a knee sprain. Going through surgery, rehab and training was difficult, Bradley said.“It’s a frustrating year from a personal standpoint,” said the 33-year-old midfielder. “It was a crazy year. That’s not meant in any way to be an excuse. It’s just reality.”Pozuelo revealed Friday that he, too, had dealt with a leg injury through the final two or three weeks of the season. He did not detail the nature of the injury but said he and the club kept it quiet because he wanted to continue playing. “This is no excuse,” he said. “I play a lot of games because I want to play. And I feel good (to) play.”Pozuelo saw action in all 23 of Toronto’s regular-season games, and was on the field for the full 120 minutes of Tuesday’s playoff loss.He led TFC in scoring with nine goals and 10 assists, and was tied with two other players for most assists in MLS through the regular season. The MLS pandemic-condensed schedule, which saw most teams play two games a week, was hard on the athletes’ bodies, Pozuelo said.“In football, I learned that we cannot play every three or four days because we kill the players,” he said. “It’s difficult. It’s difficult to play every two, three, four days.”Now that the season has ended, Bradley is looking forward to training consistently and pushing himself physically. He said the off-season will be the first time all year that he’s been able to work out for more than four or five weeks in a row. “I feel good. I feel strong,” he said. The prospect of an indefinite off-season kept TFC centre back Omar Gonzalez up Thursday night. It’s hard to know how to prepare when you don’t know when you’ll play your next game, he explained. “We have to be ready to fight for another trophy at the beginning of the year, whenever it comes,” he said. “So we have to be ready. I want to be ready for my teammates, for my team.” After everything the club went through in 2020, being ousted from the playoffs in the first round hurts, Gonzalez said, particularly because TFC is a club that sets its standards high. But he hopes the season of adversity will hold some lessons moving forward. “It’s definitely a year that we’ll look back on and take a lot from,” Gonzalez said. “Because I think we have a lot of strong people on this team. And I think there’ll be a lot of growth from this year.”This report by The Canadian Press was first published Nov. 27, 2020.Gemma Karstens-Smith, The Canadian Press

On of the best Black Friday headphones deals we’ve seen so far is still available – for now, anyway. Right now, you can get the Sony WF-1000XM3 Wireless Earbuds at their lowest ever price in the US and the UK, but you’ll need to act fast as they’re likely to sell out quickly.

The Sony WF-1000XM3 wireless earbuds are quite simply some of the best earbuds you can buy right now and a perennial favorite here at TechRadar.

Rated highly in both our review and buying guides, they’re a great option for those who want an understated, sleek, feature-packed set of noise-cancelling earbuds that still manage to come in at a reasonable price. While the noise-cancelling might not reach the lofty levels of excellence featured on their Sony WH-1000XM4 over-ear cousins, they still square up to anything offered from the likes of Apple and Bose – and with great battery life to boot.

While the latest Sony headphones haven’t been discounted in the UK just yet, you can still get a £100 saving on the WH-1000XM3 noise-cancelling headphones, bringing the price down to just £219.

Sony WH-1000XM4: $278 at Amazon
Amazon has dropped the price of TechRadar’s top-rated headphones by $72. That’s $20 lower than the Lightning deal found during Prime Day 2020, but you’ll need to be quick if you want to grab the noise-cancelling cans at this price. You may find cheaper headphones on Black Friday, but you won’t find any better than the WH-1000XM4.View Deal

Sony WH-1000XM3 wireless headphones: $214.99 at Focus Camera
Give your ears a treat with Sony’s excellent, top-of-the-line wireless and noise-cancelling cans, while also saving yourself loads of cash in the process thanks to this top early Black Friday deal from Amazon. View Deal

Sony WI-C310 Wireless Earbuds: $18 at Amazon
Save over 50% on these Sony wireless earbuds, which come with 15 hours of battery life, inbuilt microphones for making calls, and 9mm drivers for crisp, clear sound.View Deal

Sony WH-XB900N noise-cancelling headphones: $123 at Amazon
This is an incredible 50% discount on these bassy headphones from Sony, which come with 30 hours of battery life, intuitive touch controls, and active noise cancellation.

Sony WH-XB700 EXTRA BASS Wireless Headphones: $78 at Amazon
Looking for something a little cheaper? These Sony cans don’t come with noise cancellation, but they do boast a 30-hour battery life, a compact on-ear design, and built-in Alexa.View Deal

Sony WF-XB700 Wireless Bluetooth Earbuds: $68 at Amazon
Need some cheap wireless earbuds? Check out this fantastic deal from Amazon, which cuts the price of the Sony WF-XB700 by over $61. These sweat / water-resistant buds come with a nine-hour battery life and support for Google Assistant and Alexa.View Deal

Sony WH-1000XM3 wireless headphones: £219 at Amazon
This isn’t the lowest deal we’ve ever seen, but with over £100 off the original RRP, Amazon is giving you the chance to pick up Sony’s excellent, top-of-the-line wireless and noise-cancelling cans for a fraction of the price.
View Deal

Sony WF-XB700 Wireless Bluetooth Earbuds: £59 at Currys
Need some cheap wireless earbuds? Check out this fantastic deal from Currys, which cuts the price of the Sony WF-XB700 by £70. These sweat / water-resistant buds come with a nine-hour battery life and support for Google Assistant and Alexa.View Deal

Sony WH-CH510 wireless headphones: £29.99 at Amazon
If you’re just after a super cheap pair of over-ear headphones, these Sony cans should do just the trick – and they cost even less than usual right now. There’s a £20 price drop on the WH-CH510 headphones right now – with an impressive 35 hours of battery under the hood, quick charge, a mic for quick hands free calls, and even voice assistant compatibility.
View Deal

Sony WH-XB900N noise-cancelling headphones: £119.99 at John Lewis
With up to 30 hours of battery life, intuitive touch controls and digital noise cancellation, you’re picking up a pretty sophisticated set of headphones for a great price here. The WHXB900Ns are more geared towards bass heads, so if you’re after that thumping low range you’ll be particularly at home here.
View Deal

Not in the US or UK? We’ve rounded up the best Sony headphone deals in your region below: