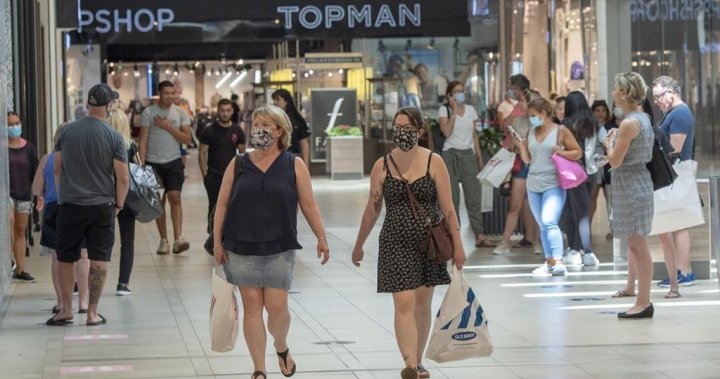 Statistics Canada says the pace of economic growth slowed in August as real gross domestic product grew 1.2 per cent, compared with a 3.1 per cent rise in July.

The August figure was stronger than the average forecast of 0.9 per cent for August provided by economists polled by financial data firm Refinitiv.

But in a preliminary estimate, Statistics Canada says growth for September slowed to about 0.7 per cent.

The agency says overall economic activity was still about five per cent below the pre-pandemic level in February.

Pandemic has devastated India's economy and left its children vulnerable to exploitation as cheap labour – CBC.ca

Ajay Tomar regularly scans the platforms of the New Delhi Railway Station, the busiest in India, running through a checklist in his head.

The social worker is trained to spot signs of children being trafficked into forced labour. One telltale sign is seeing one or two kids are surrounded by a group of adults, the children isolated. He always glances at their hands to check if they are worn, a clue the child has been working illegally.

Child labour is illegal in India for anyone under 14 except in special circumstances, such as working for a family business. But it’s a problem that has been exacerbated by the coronavirus pandemic, with indications pointing to a sharp increase in the number of children being exploited as cheap labourers.

India’s last census, in 2011, showed the country had nearly 8.2 million child labourers between the ages of five and 14, mainly in the country’s poor rural states, such as Bihar and Uttar Pradesh. Children’s rights groups say that number improved significantly this past decade but fear the pandemic will reverse much of that progress.

India’s swift and severe lockdown to stop the spread of COVID-19, imposed in March with mere hours’ notice, made a desperate situation worse and created “fertile ground” for traffickers, according to Sudarshan Suchi, CEO of Save the Children India.

It abruptly shut all of the country’s schools and forced migrant labourers out of work, Suchi said, and once the measures started to ease, industry turned to the cheapest labour available to make up the shortfall: children.

Schools in many parts of the country remain shut

Reopening orders vary from state to state, but schools across the country are still closed or operating at a much-reduced capacity, and children in some of India’s poorer communities are not in class because they don’t have access to online learning.

On the heels of its deadliest month from COVID-19 cases, Delhi’s Deputy Chief Minister Manish Sisodia said schools would remain shut until a vaccine is available.

In other states, such as Gujarat, classes were set to resume in late November before authorities, spooked by a rise in infections, decided to hold off.

As a result, Suchi said, his crews have seen a “marked increase” in child labour in urban and rural areas, where children are often pushed into working at garment factories, car repair shops or garbage dumps, where they pick out plastics to earn a few cents.

“The vulnerability is at its highest right now,” he said.

Suchi also worries the damage has already been done, since once children from poorer communities leave class for work, it’s much harder for them to return.

WATCH | In pandemic, children have become source of cheap labour in some parts of India: 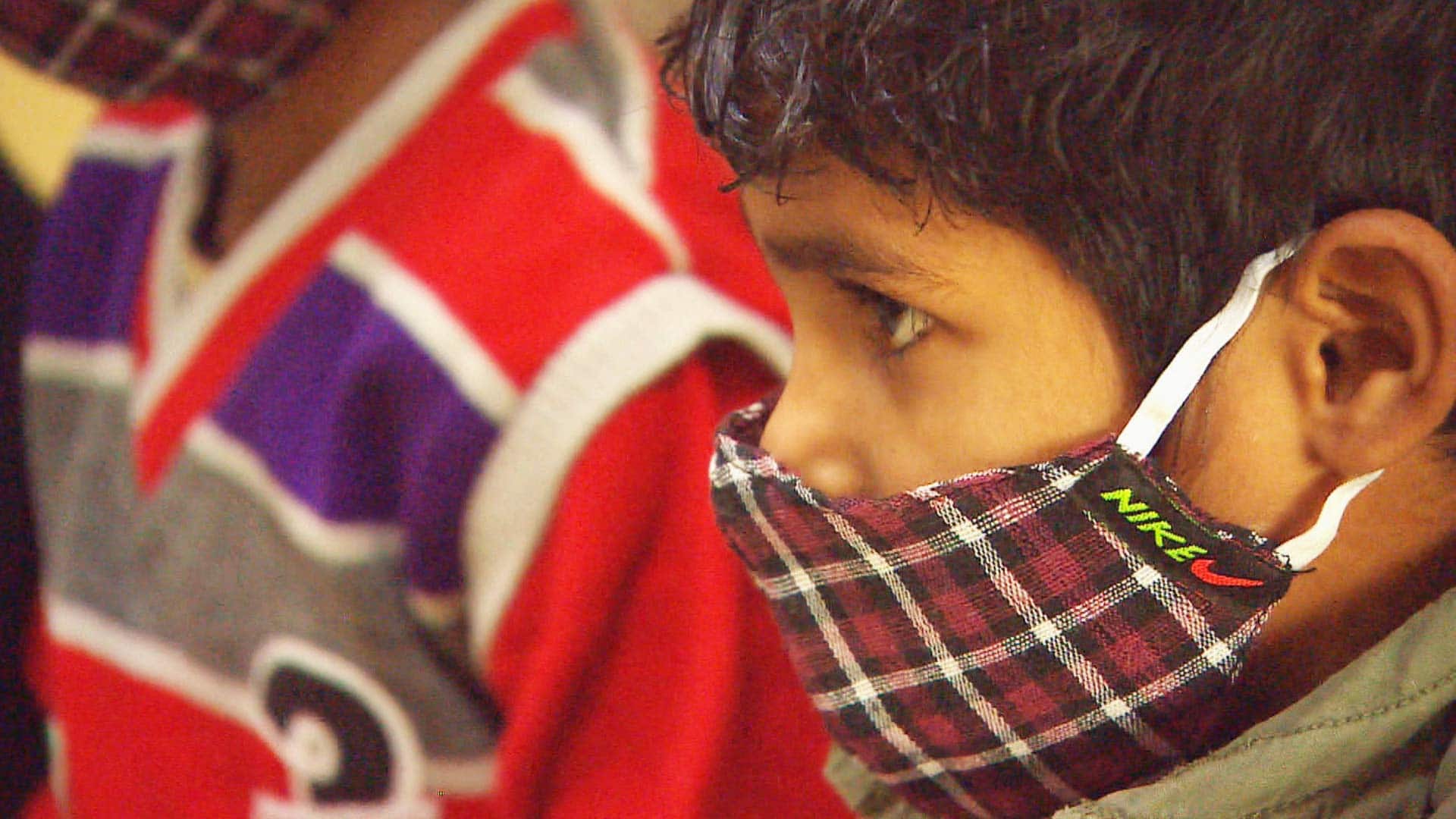 In India, with a COVID-19 case count second only to the U.S., it’s children who’ve become the cheapest and easiest sources of income for families ravaged by economic fallout. 2:32

Tomar, who works for the Delhi-based non-governmental organization Prayas, has been seeing more of that vulnerability, too, as families turn to children to help scrape together enough money to survive.

“We find kids here who have come to work … with their fathers and mothers,” Tomar said.

While he was speaking to CBC News, Tomar’s fellow social workers on the railway rescue team were interviewing a preteen boy who tried to run away from the two adults who had forced him into manual labour. One of them was his cousin; the other his brother.

The boy eventually told the social workers that his relatives forced him to work 14 days in a row at a bicycle-chain repair factory near the New Delhi train station until he got so tired he tried to travel back to his home state of Bihar, hundreds of kilometres away, to see his mother. His captors tailed him to the station, where Tomar’s team noticed the group and intervened.

Tomar said the fact the boy’s brother was involved in forcing him to work is all too common.

“We find out every day that families are almost all OK [with it],” said Tomar. “We can’t say anything to them. They are vulnerable, marginalized people.”

Chaman Shagufta, who works as a counsellor with the same organization at a children’s shelter in one of Delhi’s poorest neighbourhoods, knows that all too well.

She often has to tease the stories out of the children and track inconsistencies before handing their files over to India’s child welfare authorities, who determine if a child should be allowed to return to their family or be sent to a shelter.

Shagufta’s rapid-fire questions, punctuated by terms of endearment, are effective in getting two young boys picked up at the New Delhi Railway Station on their way to Maharashtra from the poverty-plagued state of Bihar to tell part of their story.

“Before the lockdown, we were in school,” said one boy.

He insisted he was 15, but Shagufta was unconvinced, suspecting the boy was closer to 12.

“It’s very much a probability that they have come for work since schools are locked down and nobody is studying,” she said.

Many parents know children are being sent off to work, she said, and reason that they may as well “earn something” during the shutdown period.

It’s a sign of the dire straits families are in in an economy that has contracted 24 per cent between April and June of this year, according to government GDP figures.

Children are most at risk under those circumstances, said Amod Kanth, the former Delhi police officer who founded the NGO Prayas.

“I prefer to call them ‘nowhere children,’ he said. “They are not on the radar. They are not visible. They are not accounted for because they happen to be drifting, traveling, migrating.

“They suffer more compared to others in the pandemic.”

In another children’s home operated by Prayas, Poonam waits patiently for a quick visit in the hallway outside the large room where her three eldest children are getting an art lesson from social workers.

The 30-year old mother of four boys lives in one of Delhi’s poorest slums and told CBC News the eight months since the start of India’s lockdown order were the hardest she’s had to endure.

“It was tough,” she said. “My children were starving.”

Her husband, an addict, had already left her and she was also caring for her own mother, who has health problems.

Desperation pushed her to send three of her sons, ages 5, 7 and 11, to beg on the streets outside a local temple and at busy intersections while she ran her vegetable stand, making about 150 rupees (less than $3 Cdn) a day, she said.

Only, fewer people were out buying vegetables and the struggle to find enough money for the family to eat was crushing.

The boys were spotted begging a month ago and taken in by social workers, who alerted the authorities and started the child welfare committee process to determine whether the three can be sent home.

They are living temporarily at the Prayas shelter, and Poonam desperately wants to keep it that way.

“It’s too hard. They will die if they come back to me,” Poonam said, her voice breaking with emotion.

KUWAIT (Reuters) – Kuwaitis voted in legislative polls on Saturday with the Gulf state mired in its worst economic crisis in decades, which poses a challenge for the government’s often stormy relationship with a parliament blamed for blocking reforms.

More than 300 candidates, including 29 women, are vying for 50 seats in the Gulf’s oldest and most outspoken assembly with legislative powers. Critics say it has stalled investment and economic and fiscal reform in the cradle-to-grave welfare state.

Campaigning, which took place mostly on social media and local TV channels due to COVID-19 restrictions, has focused on the economy, corruption and demographics in a country where foreigners make up the bulk of the workforce.

“Kuwait needs development. The streets are broken and there is no development and no economy … and coronavirus has affected everything in every way,” said Ibrahim, a government employee, after voting in Kuwait city.

Turnout is expected to be lower than in past elections due to concerns about COVID-19 which, along with low crude prices, has battered state finances in the wealthy oil-producing nation.

A low turnout could strengthen the hand of tribal, Islamist and other candidates who can rally supporters to head to polling centres, analysts said.

“Kuwaiti opposition who boycotted (previous) polls are moving to run and vote, and this could strengthen their presence,” said Kuwaiti political analyst Mohamad al-Dosayri.

Frequent clashes between the cabinet and the assembly have led to successive government reshuffles and dissolutions of parliament. Kuwait’s emir, who has the final say, picks a prime minister who selects a cabinet.

The current government is due to resign after the elections.

Sheikh Nawaf al-Ahmad al-Sabah took the reins as emir in September following the death of his brother.

Kuwait’s economy, which is worth nearly $140 billion, is facing a deficit of $46 billion this year. A government priority is to overcome legislative gridlock on a bill that would allow Kuwait to tap international debt markets.

Sheikh Nawaf has called for unity to face challenges at home and in a region experiencing heightened tension between Kuwait’s larger neighbours Saudi Arabia and Iran.

Under the old electoral system, voters were allowed to cast ballots for up to four candidates, which the opposition says allowed alliances that partly made up for the absence of political parties, which are officially barred.

The system introduced in 2012 allows votes for only a single candidate, which the opposition says makes alliances difficult.

At al-Waha School in Jahra City, a polling station for men, voters in Arab robes protected themselves with face masks and hand sanitizers before putting their votes into the ballot box.

About 20 female observers watched a male judge checking the identity of women voters at the Bahsira school for girls before they cast their ballots.

Kuwaiti opposition figures have proposed electoral reforms and a pardon for dissidents, many in self-exile.

“There have been some reforms in the judiciary and the Emiri Diwan,” or court, said a Kuwaiti politician who asked not to be named. “We heard echoes of more reforms after elections.”