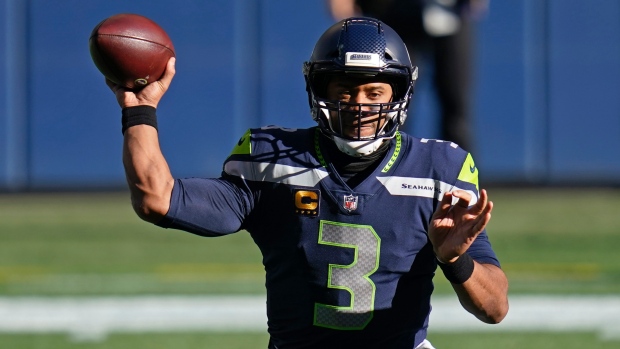 SEATTLE — For the first time this season at home, the final seconds were relatively calm for the Seattle Seahawks. No stress. No anxiety. Just a few kneel downs.

Russell Wilson, DK Metcalf and Bobby Wagner did enough earlier for the Seahawks to finally avoid a crazy finish at CenturyLink Field.

Wilson threw four more touchdown passes, two to Metcalf, and the Seahawks rebounded from their first loss of the season with a resounding 37-27 win over the San Francisco 49ers on Sunday.

Wilson and Metcalf tormented San Francisco and its banged up secondary as the top-scoring offence in the league continued to pile up points. The Seahawks (6-1) have scored at least 30 points in six of seven games.

And for the first time this season at home, the outcome was decided long before the final moments. Seattle opened the year with three home wins over New England, Dallas and Minnesota all of which decided in the final moments.

Thumping their division rivals must have felt downright relaxing, even with the Seahawks having five starters inactive for the game.

“I think it says a tremendous amount that it didn’t matter who was playing,” Seattle coach Pete Carroll. “The guys just stepped up and did their job and busted your tails to get it done.”

Wilson hit Metcalf on a pair of first-half touchdown passes, but it was a 2 1/2-minute sequence midway through the third quarter when Seattle blew the game open.

Wilson found rookie DeeJay Dallas on a 2-yard TD pass after San Francisco went three-and-out to open the second half for a 20-7 lead. Dante Pettis fumbled the ensuing kickoff on a big hit from Cody Barton. Six plays later, Wilson evaded pressure in the pocket and zipped a 6-yard TD pas to David Moore for a 27-7 lead.

Seattle added one more score on a 1-yard TD run by Dallas with 3:33 left after the 49ers pulled within 10.

Wilson finished 27 of 37 for 261 yards and has 26 TD passes on the season, one behind Tom Brady for the most in the first seven games of a season.

“I don’t think there is anybody better in terms of what he can do and how he’s done it,” Wilson said. “And he’s only in his second year.”

The momentum from two straight wins for San Francisco (4-4) evaporated in a hurry as more injuries continued to pile. Jimmy Garoppolo was just 11 of 16 for 84 yards and an ugly interception in the first quarter. Garoppolo went to the locker room early in the fourth quarter with an ankle injury and was replaced by Nick Mullens.

Running back Tevin Coleman returned for the first time since early in the season, only to leave at halftime with a knee injury. George Kittle made a terrific 25-yard catch early in the fourth quarter, but limped to the locker room with a foot injury.

“It still hurts each time,” 49ers fullback Kyle Juszczyk said. “Even though it seems to happen over and over again, guys dropping every game, it still hurts every time.”

Mullens led San Francisco on three TD drives in the fourth quarter. He capped the second with a 16-yard TD pass to Ross Dwelley with 4:16 left, but the 2-point conversion failed after replay ruled Jerick McKinnon was touched down short of the goal line.

Mullens was 18 of 25 for 238 yards and two touchdowns. Seattle’s league-worst defence had shut down the 49ers for three quarters before giving up 20 fourth-quarter points.

“I was frustrated with the whole offence, starting with myself. This wasn’t a very good day for us,” 49ers coach Kyle Shanahan said.

Seattle sacked Garoppolo three times — two by Wagner — a week after failing to record a QB hit on Arizona’s Kyler Murray. The Seahawks held San Francisco to 116 total yards in first half and just 1-yard of offence in the third quarter.

“I just felt like we need to stop talking and just do the work and let our play show,” Wagner said.

Metcalf’s big day took off when he added another clip to his highlight reel catching a short pass and racing 46 yards for a TD on the final play of the first quarter. On Metcalf’s second TD, Moseley was flagged for interference but couldn’t keep Metcalf’s size and strength from still making the catch.

Metcalf’s previous career highs came in last year’s playoff win over Philadelphia when he had seven catches for 160 yards.

The Seahawks played without five starters and one key backup. Chris Carson, Carlos Hyde, Jamal Adams, Benson Mayowa, Ugo Amadi and Mike Iuptai were all inactive due to injuries.

49ers: have a quick turnaround and will host Green Bay on Thursday night.

Seahawks: travel to Buffalo and a showdown with the Bills next Sunday. 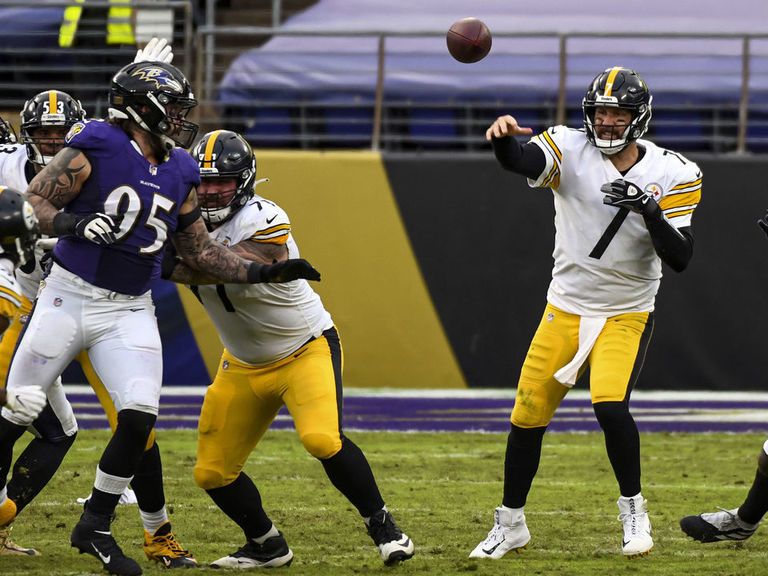 The Baltimore Ravens–Pittsburgh Steelers game on Tuesday has been postponed for a third time due to COVID-19 concerns and is now set for Wednesday at 3:40 p.m. ET, the NFL announced.

The AFC North showdown was originally scheduled for Thanksgiving but was pushed to Sunday before being moved to Tuesday.

The Steelers’ game against the Washington Football Team, which was scheduled for Sunday as part of the Week 13 slate, will now be postponed to Monday, Dec. 7, at 5 p.m. ET as a result. The San Francisco 49ers will also play the Buffalo Bills on Monday Night Football.

The league also postponed the Ravens’ game against the Dallas Cowboys. The Week 13 matchup, which was initially set for Thursday night before being moved to Monday, has now been pushed to Tuesday, Dec. 8, at 8:05 p.m. ET.

The postponements initially stemmed from a virus outbreak on the Ravens. The team placed 20 players on the reserve/COVID-19 list, including quarterback Lamar Jackson.

Running backs Mark Ingram and J.K. Dobbins, two of Baltimore’s players on the reserve group, will now be eligible to play Wednesday, according to Tom Pelissero of NFL Network.

The Ravens brought players in for a walkthrough Monday night after the NFL reportedly canceled their morning practice.

Some Ravens players are still concerned about playing the delayed game, a source told Mark Maske of The Washington Post.

If the game takes place on Wednesday, it’ll be just the sixth game in NFL history to be played on that day, according to Ben Volin of the Boston Globe. It last happened in the 2012 season opener between the New York Giants and Cowboys. 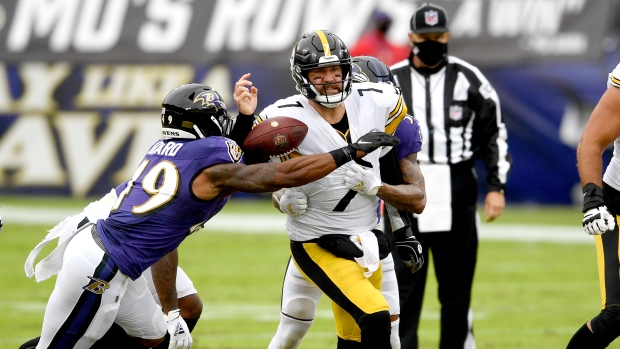 The Baltimore Ravens’ struggle to contain an extended outbreak of the coronavirus forced their rescheduled game Tuesday night against the unbeaten Pittsburgh Steelers to be moved back to Wednesday afternoon.

It’s the third fix to a matchup originally slated to be played Thanksgiving night. The game will remain on NBC, but at 3:40 p.m. ET.

Also, the Steelers’ home game in Week 13 against Washington has been moved from Sunday to Dec. 7 at 5 p.m. The Ravens home game against Dallas will be on Tuesday, Dec. 8 at 8:05 p.m. on Fox and NFL Network. It was originally set for Thursday night, then moved to Dec. 7.

Ravens-Steelers was moved back one more day for medical reasons, but now Baltimore gets some time for workouts. The NFL has permitted the Ravens to return to their facility on Monday night under doctors’ supervision, which is similar to what happened when the Tennessee Titans had a coronavirus outbreak earlier this season. The Titans got three days of workouts in that scenario.

The NFL announced the most recent switches Monday after the Ravens placed starters Matthew Judon, Willie Snead and Mark Andrews on the reserve/COVID-19 list.

Although Baltimore also had four players return from that list, the team will still be severely short-handed when this game is finally played. But it will get back running backs Mark Ingram and J.K. Dobbins from the COVID-19 list; they tested positive on Nov. 23

The addition of Judon, a standout linebacker, and Andrews, the leading receiver on the team, brings to seven the number of 2019 Pro Bowl players that Baltimore has placed on the COVID-19 list over the past week. But Ingram will be eligible to play at Pittsburgh, leaving 12 active players and one practice squad member on the list — including 2019 league MVP quarterback Lamar Jackson.

There was a bit of other good news for Baltimore, which activated linebacker Jayson Ferguson, offensive lineman D.J. Fluker and defensive tackle Broderick Washington from the COVID-19 list. Defensive back Iman Marshall was also activated, although he’s been on IR since tearing his right ACL in August.

The contest pitting two longtime rivals was originally scheduled for Thanksgiving night before a rash of coronavirus cases among the Ravens forced the game to be postponed to Sunday. As Baltimore continued to stack up positive tests, the game was moved back to Tuesday night.

The Ravens (6-4) will face the Steelers without several of their top playmakers, including Jackson, Andrews, and defensive linemen Calais Campbell and Brandon Williams.

The loss of Andrews and Snead will further hinder backup quarterback Robert Griffin III, who will be taking snaps from a third-string centre after Patrick Mekari and Matt Skura were placed on the COVID-19 list on Wednesday.

Andrews is a Type-1 diabetic, which makes COVID-19 potentially more dangerous. His loss should have an impact in that he leads Baltimore in receptions (38), yards receiving (454) and touchdown catches (6).

Judon owns Baltimore’s franchise tag. He is tied for the team lead with four sacks and has 34 tackles.

Snead has 17 catches for 230 yards and two touchdowns over the past four games.

The NFL’s last Wednesday game was the 2012 season opener between the Giants and the Cowboys, which was moved from a Thursday night because of a conflict with the Democratic National Convention, which was scheduled to have President Barack Obama speak on Thursday night.

“We understand that every team is going through something like this,” Steelers defensive end Cam Heyward said. “Not to this extent, but we have to be ready for any situation. I think (coach Mike Tomlin) has laid out the plan. It’s up for us to follow it and it’s up for us to bounce back with it.”

Added Steelers tackle Zach Banner, who was injured in the season opener: “I’m gonna be healthy by the time we play this game.” 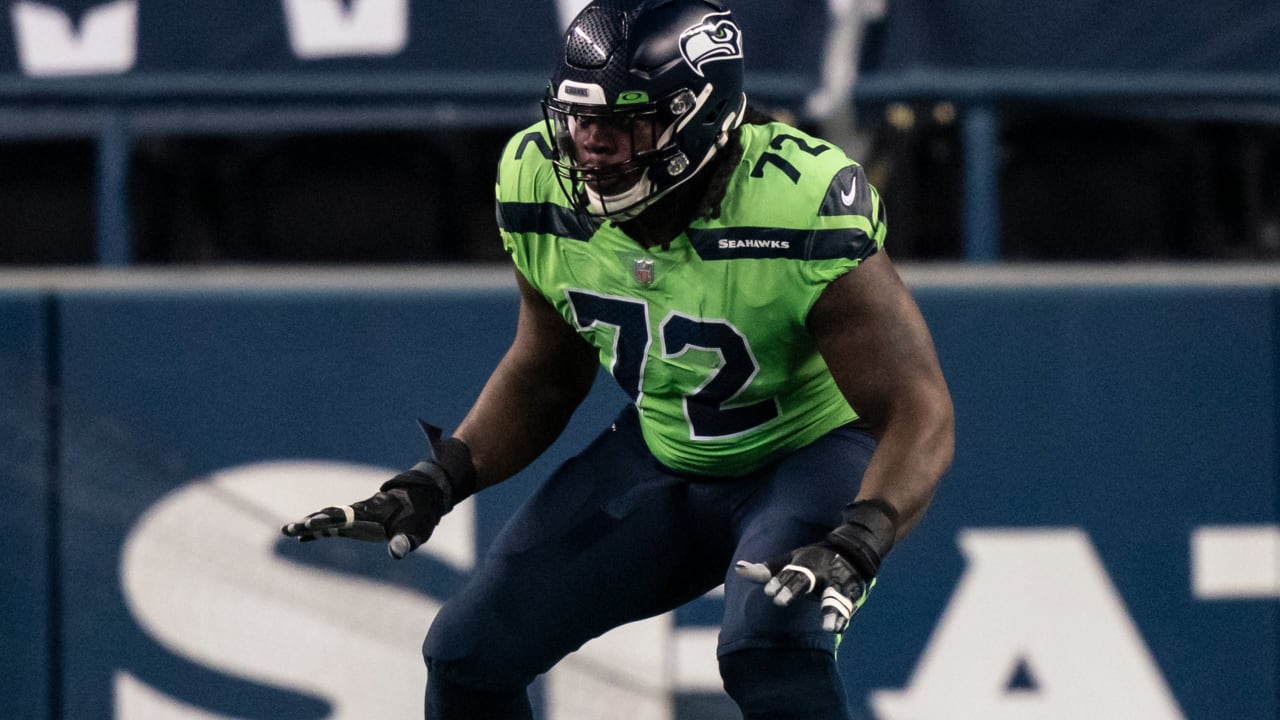 Editor’s Note: Below are the official inactives for today’s Seattle Seahawks at Philadelphia Eagles game.