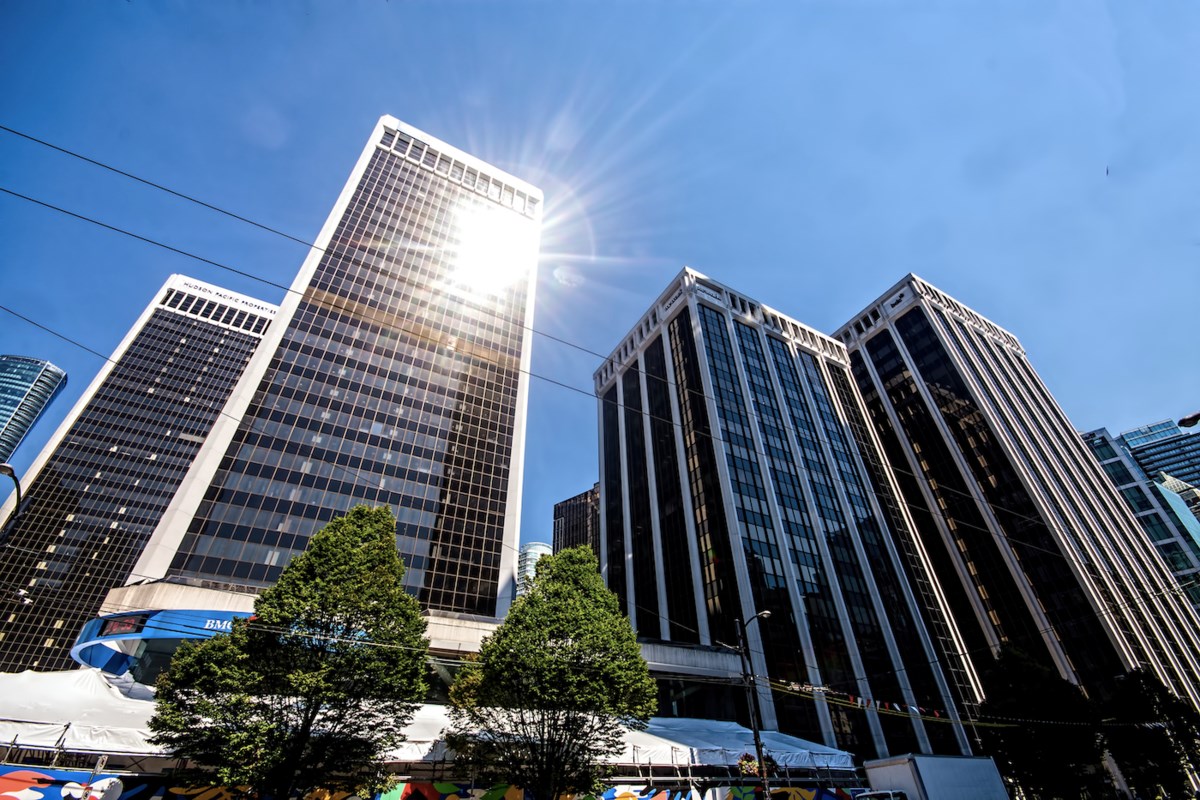 Metro Vancouver posted $3.4 billion worth of commercial real estate sales to help power national transaction volumes to a record high in the second quarter (Q2) of this year, according to a new report.

In all, the 2,500 sales of all types of commercial property across Canada totaled $14 billion in the three-month period, according to CBRE’s Canada Investment Marketview, released September 13.

The report, which did not include mergers and acquisitions, noted that the pace puts Canada on track for a full-year investment total of nearly $50 billion “surpassing the previous record set in 2018.”

Investors were most active in Toronto, Vancouver and Montreal, which together accounted for $10.1 billion of the $14.0 billion. The total investment volume was 29.3 per cent higher than in the first quarter of this year and nearly 150 per cent above the same period last year, when COVID-19 paused the global economy.

With 473 transactions worth $3.2 billion, Metro Vancouver’s sales volume was up 26.4 per cent from the previous quarter and 54.4 per cent above the previous three-year quarterly average. For the first half of this year, Vancouver tallied a total of $5.7 billion in transactions.

Calgary posted $619.6 billion in sales during the second quarter. (The $1.2 billion sale of the Bow office tower downtown, to a U.S.-based equity fund, took place at the start of the third quarter.)

The second quarter results marked the fourth consecutive quarter of volume growth for the nation.

“Investors are looking ahead and are making significant bets on the future. A growing pipeline of property listings and an improving COVID-19 outlook [relative to this time last year] suggest that this trend has legs,” said CBRE Vice Chairman Paul Morassutti.

Investors in the second quarter continued to target commercial real estate sectors seen to have the strongest fundamentals and long-term potential: industrial ($4.1 billion in investment), multifamily ($3.7 billion), and ICI land ($2.9 billion). These asset classes performed well during the pandemic and are also reflecting the turnaround in the economy.

The next most active asset class in the second quarter was the retail sector, with investment volumes of $2 billion. Retail has seen renewed interest from investors as lockdown measures have been rolled back and in-person shopping allowed to resume in most locations.

The office and hotels sectors continue to see the lowest investment activity levels, given the uncertainty regarding trends within each asset class. Despite muted investment totals, however, both of these sectors recorded quarter-over-quarter increases in investment activity in Q2. Canadian investors were the most active purchaser group in Q2 2021, accounting for 44.6 per cent of investment volumes. Meanwhile other buyer types increased their market share in the quarter, namely real estate investment trusts and real estate operating companies, which accounted for 15.3 per cent of investment volumes; private equity (15.3 per cent); and pension fund/advisor groups (11.8 per cent).

Foreign investors also increased their purchasing activity in Q2 2021 and accounted for 7.5 per cent of national volumes.

“We should expect foreign investors to be more active as travel restrictions ease,” Morassutti noted. “This offers yet another reason to believe that record investment activity will continue.”

I was love-bombed by a Sydney real estate agent. It was intense – The Guardian

I was love-bombed by a Sydney real estate agent. It was intense  The Guardian

Some gasoline stations in U.K. run out of fuel as pandemic supply chain crisis deepens – CBC.ca