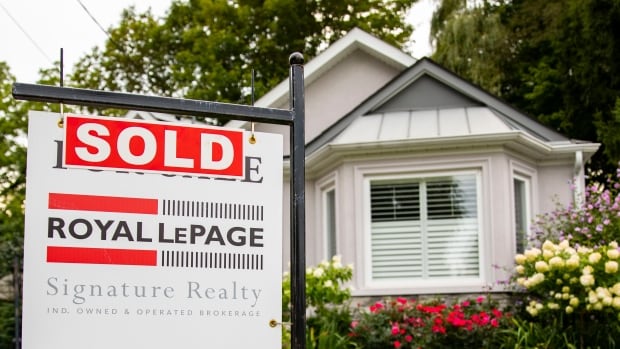 Earlier this year, many were predicting that housing prices would dip in response to the economic uncertainty created by the pandemic. However, the Montreal market has proved resilient, with housing prices on and off the island steadily increasing.

Georges Gaucher, general manager of Royal Lepage Village, explained that for many, the restrictions imposed by the pandemic “pushed people’s boundaries” and incited a desire for more space.

“Imagine a young couple in their 20s, both working from home. They live in a 700 quare-foot condo in Griffintown. If you live alone in 700 square feet, sometimes you go out of your mind. Imagine being two,” he said.

He said the year started off strong, with an extremely busy sales season right after Christmas.

“We’ve never seen so much activity in the first 10 weeks of the year,” said Gaucher.

But then confinement put a stop to home visits and realtors were stuck trying to navigate alternative ways of doing business, including virtual visits and the use of drones to gather property video.

But following the height of the first wave, Gaucher said that people were eager to upsize, leaving the city for suburbs where they could continue to work from home or even investing in cottage properties.

“Brokers in the Laurentians had listing for one, two, three years sometimes and suddenly all that inventory was sold.”
“It was like a rubber band. You stretch and stretch until it snaps.”

Gaucher explained that since demand was so high, the limited supply of houses going on the market drove up prices in the Greater Montreal Area.

However, the demand for suburban housing doesn’t mean the downtown core is being devalued.

“The downtown core is always the last one to be hit and the first one to recoup, historically,” said Gaucher.

Despite price increases, he said Montreal is still more affordable than cities like Toronto and Vancouver where housing has become increasingly unattainable for many.

While the Canada Mortgage and Housing Corporation is predicting that prices nationwide will decline in 2021, and some of the country’s biggest banks foresee more muted growth, the Royal Lepage forecast is more optimistic, predicting a six per cent increase in prices in 2021.

“We will probably come out of this confinement with some pent-up demand again,” Gaucher said.

The Quebec Professional Association of Real Estate Brokers reported a “record-setting sales” year for 2020, with a projected 110,000 transactions.

Looking ahead, Charles Brant, director of the the association’s market analysis department, is cautiously optimistic as well.

“After phenomenal sales in 2020, we will return to a more normal sales level, with market conditions that are still favourable to sellers,” he said in a news release.

Real Estate Sales Soar In Every City, As Bank of Canada Juices The Market – Better Dwelling

For real estate, a year like no other – The Real Deal

What Is the Canada Mortgage and Housing Corporation (CMHC)

The Canada Mortgage and Housing Corporation (CMHC) is a Canadian Crown Corporation that serves as the national housing agency of Canada and provides mortgage loans to prospective buyers, particularly those in need.

The Canada Mortgage and Housing Corporation (CMHC) serves as the national housing agency of Canada. CMHC is a state-owned enterprise, or a Crown corporation, that provides a range of services for home buyers, the government, and the housing industry.

CMHC’s stated mission is to “promote housing affordability and choice; to facilitate access to, and competition and efficiency in the provision of, housing finance; to protect the availability of adequate funding for housing, and generally to contribute to the well-being of the housing sector.”1

A primary focus of CMHC is to provide federal funding for Canadian housing programs, particularly to buyers with demonstrated needs. CMHC, headquartered in Ottawa, provides many additional services to renters and home buyers, including mortgage insurance and financial assistance programs. CMHC acts as an information hub for consumers, providing information on renting, financial planning, home buying, and mortgage management.

CMHC provides services to both professionals and consumers. For professionals, CMHC aims to work in collaboration with different groups to provide affordable housing. Services include project funding and mortgage financing, providing information to understand Canada’s housing market, innovation and leadership networks to access funding and talent to spur housing innovation and increase supply, and providing speakers and hosting events for the industry.4

For consumers, CMHC seeks to provide all the tools an individual would need to either buy a home or rent a home and a variety of information and assistance for current homeowners, such as managing a mortgage, services for seniors to age in place, and financial hardship assistance.56

For financial hardship and mortgage assistance, CMHC provides tools that include payment deferrals, extending the repayment period, adding missed payments to the mortgage balance, moving from a variable-rate to a fixed-rate mortgage, and other special payment arrangements.7

In November 2017, the Canadian government announced the National Housing Strategy.8 Rooted in the idea that housing is a human right, this 10-year, $70 billion project will largely be administered by CMHC, although some services and deliverables will be provided by third-party contractors and other Canadian federal agencies.9

Strategic initiatives of the National Housing Strategy include:

History of the Canada Mortgage and Housing Corporation (CMHC)

CMHC was established in 1946 as the Central Mortgage and Housing Corporation by the federal government in Canada with the primary mission of administering the National Housing Act and the Home Improvement Loans Guarantee Act and facilitating discounts to mortgage companies. Initially, CMHC began by providing housing to returning Canadian war veterans, and toward the end of the 1940s, CMHC began to administer a program providing low-income housing across Canada.11

Canadian home prices accelerated again in May from the previous month, posting the largest monthly rise in the history of the Teranet-National Bank Composite House Price Index, data showed on Thursday.

The index, which tracks repeat sales of single-family homes in 11 major Canadian markets, rose 2.8% on the month in May, led by strong month-over-month gains in the Ottawa-Gatineau capital region, in Halifax, Nova Scotia, and in Hamilton, Ontario.

“It was a third consecutive month in which all 11 markets of the composite index were up from the month before,” said Daren King, an economist at National Bank of Canada, in a note.

On an annual basis, the Teranet index was up 13.7% from a year earlier, the 10th consecutive acceleration and the strongest 12-month gain since July 2017.

Housing price gains in smaller cities outside Toronto and its immediate suburbs again outpaced the major urban centers, with Barrie, Ontario leading the pack, up 31.4%.

The Teranet index measures price gains based on the change between the two most recent sales of properties that have been sold at least twice.

Canada‘s average home selling price, meanwhile, fell 1.1% in May from April, Canadian Real Estate Association data showed on Tuesday, but jumped 38.4% from May 2020.

(Reporting by Julie Gordon in Ottawa; Editing by Christopher Cushing)

The Bank of Canada is starting to see signs that the country’s red hot housing market is cooling down, although a return to a normality will take time, Governor Tiff Macklem said on Wednesday.

The sector surged in late 2020 and early 2021, with home prices escalating sharply amid investor activity and fear of missing out. The national average selling price fell 1.1% in May from April but was still up 38.4% from May 2020.

“But we do think it is going to take some time and it is something that we are watching closely,” he told the Canadian Senate’s banking committee.

Macklem reiterated that the central bank saw evidence people were buying houses with a view to selling them for a profit and said recent price jumps were not sustainable.

“Interest rates are unusually low, which means eventually there’s more scope for them to go up,” he said.

Last year, the central bank slashed its key interest rate to a record-low 0.25% and Macklem reiterated it would stay there at least until economic slack had been fully absorbed, which should be some time in the second half of 2022.

“The economic recovery is making good progress … (but) a complete recovery will still take some time. The third wave of the virus has been a setback,” he said.

The bank has seen some choppiness in growth in the second quarter of 2021 following a sharp economic recovery from the COVID-19 pandemic at the start of the year, he added.