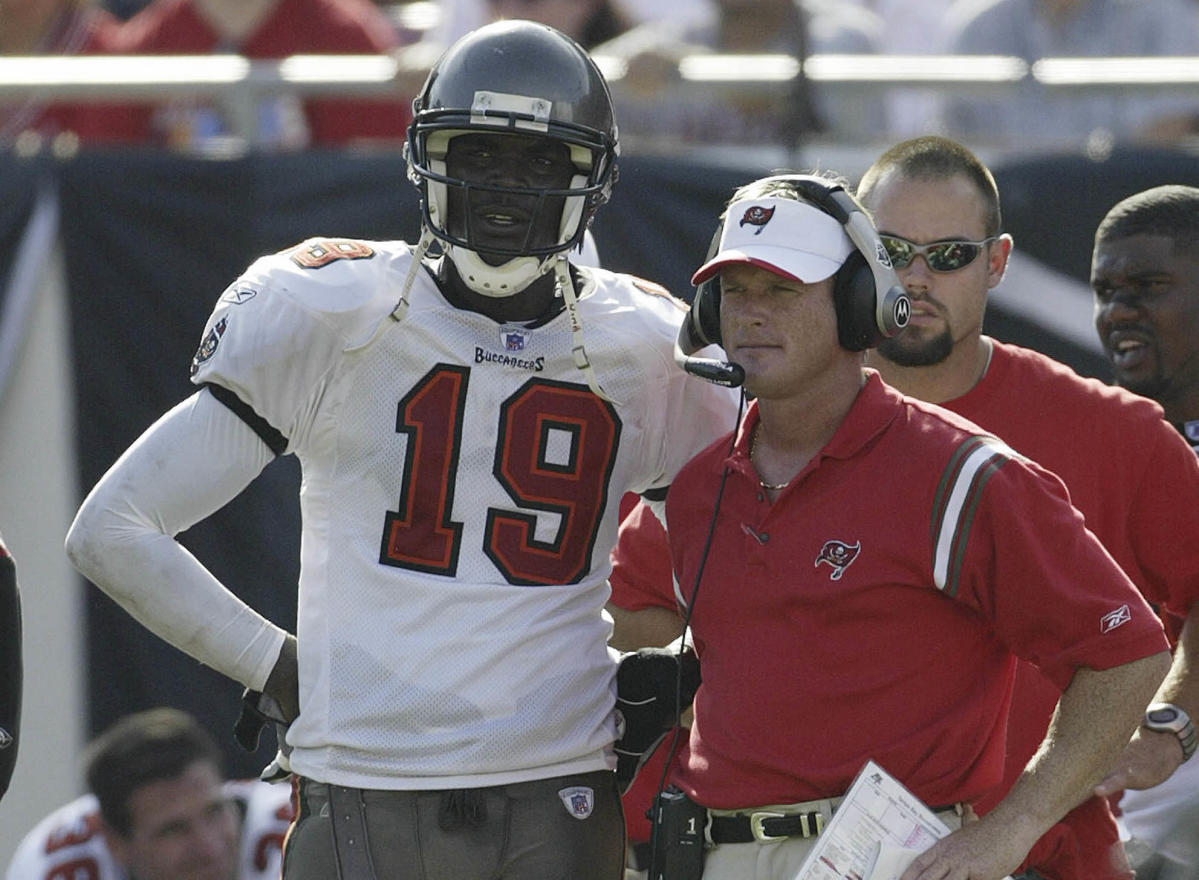 Johnson, who was coached by Gruden in 2002 and 2003 when both were with the Tampa Bay Buccaneers, shared his opinion about Gruden on his ESPN radio show “Keyshawn, JWill & Max” and he let his feelings fly.

“I didn’t know that Jon would say things like that and put them in an email. He’s just always been a fraud to me. … From day one, he’s been a used car salesman. And people bought it because he inherited a championship team built by Tony Dungy and Rich McKay, and he came in there with a little bit of different energy than we had with Tony, and it kind of kicked us over the top to get our world championship — which I am grateful for. But at the same time I also saw through who he was through that journey of getting a championship.”

Johnson then recalled the on-field ceremony after the Buccaneers won the Super Bowl, and how he remembers Gruden physically taking the trophy from general manager Rich McKay while he was trying to lift it up. McKay left the Bucs in the middle of the next season, and according to Johnson, it’s because “he didn’t want to deal with all the shenanigans” that were going on with Gruden.

Johnson wasn’t done yet. He had even more to say about Gruden on ESPN’s “First Take,” focusing on Gruden “talking behind people’s backs” as Buccaneers head coach

“Then I finally said ‘This dude is a fraud. Y’all don’t seem to understand. He’s selling you on something and you’re buying it.’ He’s been doing that for years,” Johnson said.

Johnson said that he found out about Gruden’s behind-the-back comments from assistant coaches who spoke to players on the side but wouldn’t say anything publicly because they might lose their jobs.

He maintained that he’ll always be grateful that Gruden came to the Buccaneers and led them to the franchise’s first-ever Super Bowl victory. But he’s not surprised that “this kind of behavior would come out about coach Gruden.”

“I always tried to tell people ‘Man, that dude’s a bad guy. Y’all don’t seem to get it.’ Because he gets on television, and he has the smile on his face and everybody likes him because he won a championship.”

Johnson’s feelings about Gruden were so strong that when he and former Bucs general manager Bruce Allen called him after he retired in 2007 to try and get him to come back for another championship run, he didn’t even consider it, choosing to stay with ESPN.

Oilers Season Preview: It’s all about the playoffs for McDavid and Co. – Sportsnet.ca