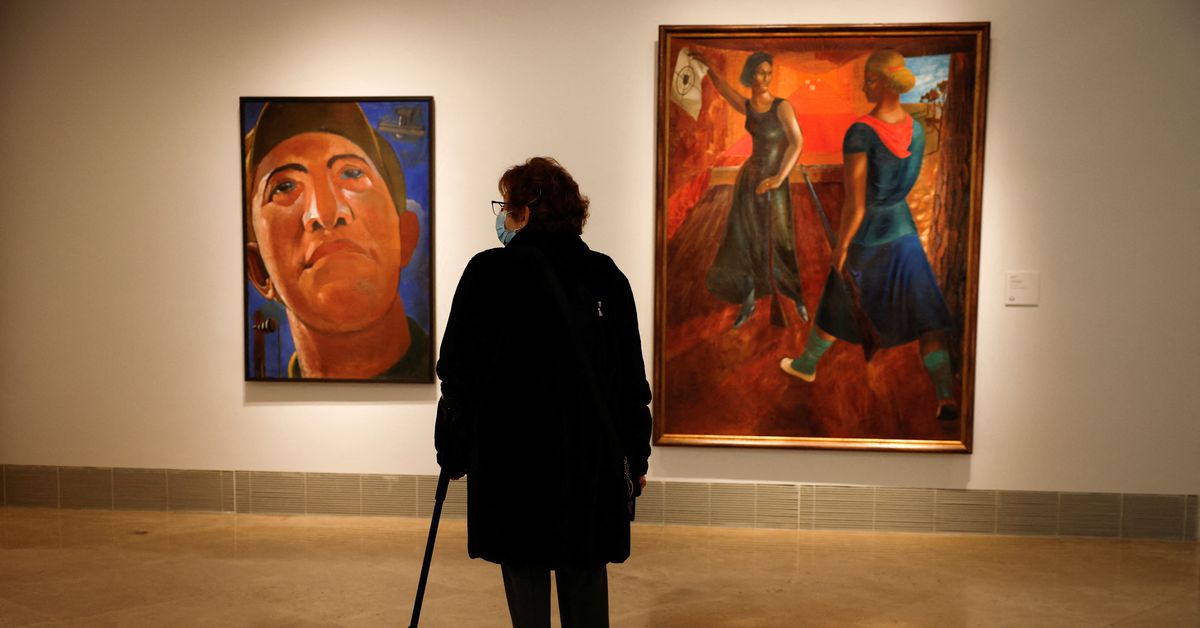 MADRID, Nov 29 (Reuters) – Ukrainian art has found a refuge in Madrid where a retrospective on the country’s avant-garde in the early 20th century is showing works little known to the general public while offering them a safe haven away from the bombs.

On Tuesday, the Spanish capital’s Thyssen-Bornemisza Museum inaugurated the exhibit “In the Eye of the Storm. Modernism in Ukraine, 1900-1930s”. It showcases a collection of about 70 artworks in various formats representing different trends, from figurative art to futurism and constructivism.

Aside from paying tribute to a little-known period in the history of Ukrainian art, the exhibition takes on particular relevance amid Russia’s ongoing invasion of the country.

“We wanted to do something in terms of showing Ukrainian art, but also taking Ukrainian art out of Ukraine and bringing it to Europe and to safety,” Katia Denysova, one of the exhibit’s three curators, told Reuters.

Denysova, who described her journey out of Ukraine as a “rollercoaster”, said that transporting the works through a country at war into the European Union ran into numerous challenges.

They included the temporary closure of borders in response to the impact of a stray missile on neighbouring Polish soil, which sparked fears of an escalation two weeks ago.

When the curators saw the works had made it to Spain safe and sound, they were “beyond delighted”, Denysova added.

She now hopes that Ukrainian avant-garde art will tell the public a story of creation and resistance.

“This is an integral part of our heritage, of our culture in Ukraine. This is what Ukrainians are fighting for right now.”