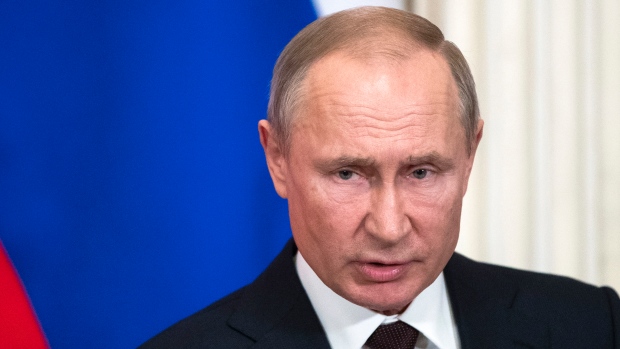 MOSCOW —
President Vladimir Putin has signed a law that obliges foreign social media giants to open offices in Russia, a document published by the government on Thursday showed, the latest move by Moscow to exert greater control over Big Tech.

The Russian authorities are keen to strengthen their control of the internet and to reduce their dependence on foreign companies and countries.

In particular, they have objected in the past to political opponents of the Kremlin using foreign social media platforms to organize what they say are illegal protests and to publicize politically-tinged investigations into alleged corruption.

Moscow has fined firms for failing to delete content it says is illegal, slowing down the speed of Twitter as punishment, and on Wednesday opened a new case against Alphabet subsidiary Google for breaching personal data legislation.

“A foreign entity, carrying out activities on the internet in Russia, is obliged to create a branch, open an office or establish a Russian legal entity,” the new law said.

Alexander Khinshtein, the head of the information policy and IT committee at the State Duma, Russia’s lower house of parliament, said the law applied to internet giants with a daily audience in Russia of at least 500,000 people.

The firms must register a personal account on the website of Roskomnadzor, Russia’s state communications regulator, he wrote on his Telegram channel.

Companies that violate the legislation could face penalties such as advertising bans.

What’s next for Jeff Bezos? Space, climate and media may all figure – The Guardian