On the heels of losing their two championship centres, the Toronto Raptors shored up their frontcourt by signing Alex Len on Monday — and also some maintained some financial flexibility toward their ambitious 2021 off-season goals.

Len signed a one-year contract, a person with knowledge of the deal said. Financial details weren’t released. The person spoke on condition of anonymity because the deal has not been publicly announced.

The 27-year-old Ukrainian was selected fifth overall by the Phoenix Suns in the 2013 draft. He played five seasons with the Suns then two with Atlanta. He was acquired by the Kings in a trade last February along with Jabari Parker.

The seven-footer averaged 8.0 points and 4.8 rebounds with Atlanta and Sacramento last season, and shot 59.3 per cent from the field in his 15 games with the Kings. He scored a career-high 33 points against the Milwaukee Bucks in 2019 and grabbed 19 rebounds versus Minnesota in 2017.

Len’s signing is more good news for a Raptors team that lost NBA championship centres Marc Gasol (Los Angeles Lakers) and Serge Ibaka (Clippers) over the weekend. Their departures worried Raptors fans. Among the social media jokes: a suggestion that Toronto’s centre this season would be Fred VanVleet standing on Kyle Lowry’s shoulders.

But the Raptors responded by adding Aron Baynes on Sunday night, and then re-signing Montreal centre Chris Boucher to a two-year deal worth US$13.5 million — the richest contract for an undrafted Canadian.

The fact that the second year of Baynes’ two-year deal is a club option, while Len signed for just a season allows the Raptors plenty of wiggle room next off-season.

It’s no secret that Raptors president Masai Ujiri covets Milwaukee’s star forward Giannis Antetokounmpo, although he could sign a five-year extension with the Bucks that would pay him a whopping US$228 million. He has until Dec. 21 to do so.

The Raptors newcomers, meanwhile, won’t have long to get adjusted to their new team as training camp opens on Dec. 1. The season tips off Dec. 22.

The Toronto Maple Leafs have lost goaltender Aaron Dell to the waiver wire.

The New Jersey Devils claimed Dell a day after the Maple Leafs put the goaltender on waivers, along with veteran forward Jason Spezza.

The native of Airdrie, Alta., had a 48-34-12 record with a 2.76 goals-against average, a .908 save percentage and five shutouts over four seasons with the Sharks.

Spezza cleared waivers and can be assigned to Toronto’s taxi squad.

The 19-year-old Robertson was hit into the boards awkwardly by Ottawa’s Drake Batherson in the first period of Toronto’s 3-2 win over the Senators on Saturday.

Keefe told reporters Monday that results of Robertson’s MRI were “better than expected” and that he considers missing around a month to be “good news.”

Robertson was selected by Toronto in the second round, 53rd overall, at the 2019 NHL draft.

MELBOURNE —
Dozens of tennis stars stuck in hotel quarantine ahead of the Australian Open were told Monday they would get no “special treatment” to leave their rooms to train, despite complaints from some players.

Australian health authorities rejected demands for tough isolation rules to be eased, as players resorted to hitting balls off windows, walls and upturned beds in the hope of being ready for the year’s first Grand Slam.

The Australian Open is due to make a delayed start in Melbourne on February 8, but its troubled build-up hit further problems after positive coronavirus cases were detected on three of the 17 charter flights that carried players and staff.

The 72 players on the three planes have been deemed close contacts of the four COVID-19 cases and barred from leaving their hotel rooms for 14 days, as largely virus-free Australia tries to prevent community transmission.

Health authorities said they discovered two more cases linked to the tournament on Monday, bringing the total for the Australian Open cluster to six.

Several players have taken to social media to complain about conditions.

World number one Novak Djokovic — who arrived on a virus-free flight and is being allowed to train in a bio-secure bubble — reportedly sent a list of demands to tournament organizers that included allowing players to move to private homes with tennis courts.

Victoria Premier Daniel Andrews smashed back that request, saying authorities would not bend strict health rules any further for the players.

“There’s no special treatment here. Because the virus doesn’t treat you specially, so neither do we,” he said.

The arrangements have sparked a backlash in Australia, with some social media users questioning why more than 1,000 players and staff were flown in for the sporting event, when tens of thousands of Australians remain stranded overseas.

The country closed its international border in March and has since limited the number of its own citizens who can return each week.

Meanwhile the majority of players are allowed out to train for five hours a day, unlike other returned travellers who are confined to their hotel rooms for the full 14 days.

Andrews said all players knew about Australia’s strict quarantine rules ahead of their flights.

“The notion that there’s been any change, the notion that people weren’t briefed, I think that argument really has no integrity whatsoever,” he said.

Some pointed out that the host city of Melbourne had endured a gruelling four-month lockdown last year after a virus outbreak.

“Our health safety is more important to us than your feelings of privilege and entitlement,” one Twitter user wrote.

“Most of us here in Melbourne do not want tennis players here potentially reintroducing the virus and causing us to go back to harsh restrictions,” another added.

French player Alize Cornet issued an apology to Australians on Twitter after earlier deleting a tweet that called the quarantine “insane”.

“Your reaction to this tactless comment made me realize what you’ve been through last year & how much you suffered,” she wrote.

“I guess I feel a bit anxious about all this & I better have shut my mouth.”

Tennis Australia has begun delivering exercise equipment to the isolated players who are concerned about the risk of injury when they finally hit the courts for a week of lead-in tournaments to start in Melbourne from January 31.

The doubles player told public broadcaster ABC the situation was “not ideal” but he was “staying positive and hoping for the best”.

“I’m trying to do as much as I can — all the stretching, all the exercising and anything I can possibly do — and hoping for the physios when they come out to do some magic here,” he said. 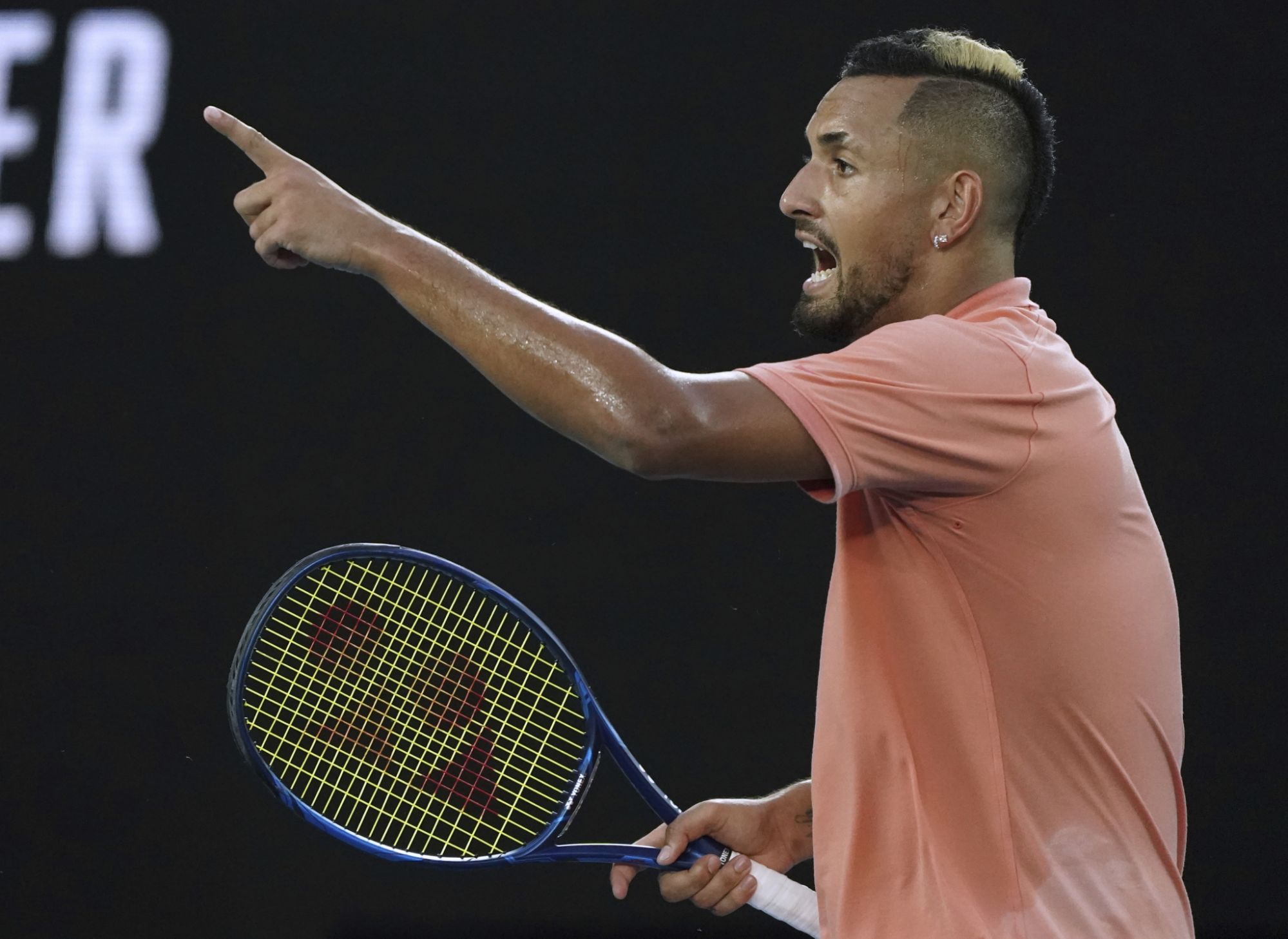 The waiting is over in the wild rose province. Curling Alberta has made its decision on what teams will represent the province at this year’s Scotties and Brier in the Calgary bubble. Laura Walker, last year’s provincial champion, has accepted the invitation to play at this year’s Scotties. “We were excited to get the call. We wanted to wear the blue and gold and we take so much pride in representing our province,” Walker told CBC Sports. “We know there are many deserving teams in Alberta and we don’t take this honour lightly.” Walker made her Scotties debut in Moose Jaw, Sask., last year and finished with a 3-4 record. On the men’s side, Brendan Bottcher will once again be going to the Brier. Bottcher is last year’s provincial champion. He has played in the last three Brier championship games, losing twice to Brad Gushue, and two years ago to fellow Albertan Kevin Koe. It’s Bottcher’s fifth appearance at the Brier. The decision was made Sunday afternoon by the Curling Alberta board members. Massive repercussions This was a much anticipated decision as it will have massive repercussions on what other teams will attend the national championships. Curling Canada has announced a one-time expanded field for the Scotties and Brier, citing these extraordinary times in the midst of a pandemic as the reason for increasing the field to 18 teams. Normally, there are 16 teams competing at the event. However, Curling Canada has said there will be no wild-card game as it’s unfair to have teams travel all that way and make plans to only play one game. The governing body for the sport wants the best teams in the country at the event. So the first two spots will be determined by the CRTS rankings — the two teams that would normally compete in the wild-card game. The third and final team will be determined through a number of criteria. Kevin Koe, who brought in John Morris to join the team in place of Colton Flasch during the off-season, is ranked sixth. He’ll be at the event. “While we don’t agree with the decision made we are excited to have the opportunity to compete in the Calgary bubble,” Koe told CBC Sports. “Regardless of the uniform we are wearing we are a very motivated team and excited to compete for another Canadian championship and represent all our sponsors and fans.” Mike McEwen’s Manitoba rink is ranked fifth and is also a lock for the event. The last spot would then most likely go to Glenn Howard out of Ontario, as his team is currently ranked ninth. WATCH | Heroux, Jones break down Calgary culring bubble: Women’s side more complicated The women’s side is a tad more complicated. With Walker being named as Alberta representative, that means Tracy Fleury’s Manitoba rink is locked in for one of the spots with her No. 2 ranking. The next team without a Scotties spot is Chelea Carey. Her team disbanded during the off-season — Carey is a free agent. Then it’s Kelsey Rocque’s Alberta rink at No. 5. The issue for Rocque is that she changed two of four players during the off-season — and Curling Canada rules explicitly state three of four members need to return to be eligible. That eliminates the Rocque rink from the two CRTS spots — however, the team might be considered for the third spot. There is a potential situation brewing that could include last year’s world junior champion Mackenzie Zacharias. Her Manitoba rink is ranked 11th. This all comes in the wake of a number of jurisdictions cancelling their playdowns. To date, eight jurisdictions across Canada have now cancelled their playdowns — they include: B.C., Alberta, Saskatchewan, Manitoba, Ontario, Northern Ontario, Quebec and Nova Scotia. The final spots are expected to be filled over the next couple of weeks. Women Canada — Kerri Einarson. B.C. — Corryn Brown. Alberta — Laura Walker Saskatchewan — Sherry Anderson. Manitoba — Jennifer Jones. Ontario — Rachel Homan. Northern Ontario — Krysta Burns. Quebec — Laurie St-Georges. Nova Scotia — Jill Brothers. Nunavut — Lori Eddy. Men Canada — Brad Gushue. B.C. — Steve Laycock. Alberta — Brendan Bottcher Saskatchewan — Matt Dunstone. Manitoba — Jason Gunnlaugson. Ontario — John Epping. Northern Ontario — Brad Jacobs. Quebec — Michael Fournier. Yukon — Dustin Mikkelsen. Nunavut — Peter Mackey. There are six major curling events planned for the Calgary curling bubble starting with the Scotties on Feb. 19. That will then lead into the men’s national championship beginning of March. 5. Following these two events, the mixed doubles championship will take place all leading to the men’s world curling championship, set to begin in early April. The final two events held inside the bubble include two Grand Slam of Curling bonspiels.