New research suggests that Pfizer’s COVID-19 vaccine can protect against a mutation found in two easier-to-spread variants of the coronavirus that erupted in Britain and South Africa.

Those variants are causing global concern. They carry multiple mutations but share one in common that’s believed to be the reason they are more contagious. Called N501Y, it is a slight alteration on one spot of the spike protein that coats the virus.

Most of the vaccines being rolled out around the world train the body to recognize that spike protein and fight it. Pfizer teamed with researchers from the University of Texas Medical Branch in Galveston for laboratory tests to see if the mutation affected its vaccine’s ability to do so.

They used blood samples from 20 people who received the vaccine, made by Pfizer and its German partner BioNTech, during a large study of the shots. Antibodies from those vaccine recipients successfully fended off the virus in lab dishes, according to the study posted late Thursday on an online site for researchers.

The study is preliminary and has not yet been reviewed by experts, a key step for medical research.

But “it was a very reassuring finding that at least this mutation, which was one of the ones people are most concerned about, does not seem to be a problem” for the vaccine, said Pfizer chief scientific officer Dr. Philip Dormitzer.

A similar vaccine by Moderna is being rolled out in the U.S. and Europe, and on Friday was cleared in Britain. Moderna is doing similar testing to tell if its shot also works against the variants, as are makers of other types of COVID-19 vaccines.

But Dr. Anthony Fauci, the top U.S. infectious disease expert, recently told The Associated Press that vaccines are designed to recognize multiple parts of the spike protein, making it unlikely a single mutation could be enough to block them. Still, testing is needed to be sure.

Viruses constantly undergo minor changes as they spread from person to person. Scientists have used these slight modifications to track how the coronavirus has moved around the globe since it was first detected in China about a year ago.

British scientists have said the variant found in the U.K. – which has become the dominant type in parts of England — still seemed to be susceptible to vaccines. That mutant has now been found in the U.S. and numerous other countries.

But the variant first discovered in South Africa has an additional mutation that has scientists on edge, one named E484K.

The Pfizer study found that the vaccine appeared to work against 15 additional possible virus mutations, but E484K wasn’t among those tested. Dormitzer said it is next on the list.

If the virus eventually mutates enough that the vaccine needs adjusting – much like flu shots are adjusted most years – that tweaking the recipe wouldn’t be difficult for his company’s shot and similar ones. Both the Pfizer-BioNTech and Moderna vaccines are made with a piece of the virus genetic code, simple to switch, although it’s not clear what kind of additional testing regulators would require to make such a change.

Dormitzer said this was only the beginning “of ongoing monitoring of virus changes to see if any of them might impact on vaccine coverage.” 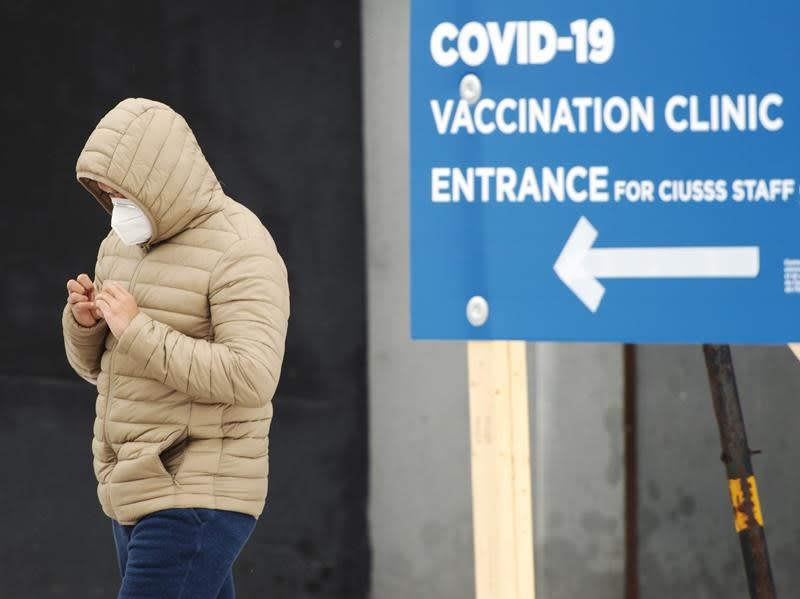 The number of deaths related to COVID-19 is steadily rising, reaching more than 17,500 as of Thursday. The latest data show another 2,000 people could die by Jan. 24 as the seven-day average number of deaths nears levels recorded at the peak of the pandemic’s first wave in May.

Canada could see 10,000 daily infections in a little over a week as outbreaks in Ontario and Quebec drive rapid growth. The data also highlight high numbers in B.C., Alberta, Saskatchewan and Manitoba. The latest seven-day average was 7,900 cases each day across the country.

In the longer term, Ottawa says Canada remains on a “rapid growth trajectory.” The data show COVID-19 will continue to surge if Canadians maintain the current number of people they’re in contact with each day. The pandemic would surge faster if people increase their contacts. Outbreaks are forecast to come under control in most locations if people follow public health rules and limit contacts to essential activities.

Infections are escalating among high-risk people aged 80 and older. The data show more outbreaks in long-term care homes and retirement residences now than during the first wave. The federal government says the number of active outbreaks is underestimated due to reduced reporting last month, while a modelling chart shows it’s close to 400 countrywide.

The number of people in hospital due to COVID-19 has been rising steadily in the five hard-hit provinces. Hospitalizations are highest per capita in Manitoba, followed by Alberta, Saskatchewan, Quebec, Ontario and B.C.

The data came as federal officials revealed deliveries of the Pfizer-BioNTech vaccine have been temporarily reduced due to production delays in Europe.

MONTREAL – Quebec will wait up to 90 days before giving a COVID-19 vaccine booster to people who have received a first shot, Health Minister Christian Dube said Thursday.

That delay goes far beyond the recommendation of vaccine manufacturers Pfizer and Moderna, which propose intervals of 21 and 28 days, respectively, and is more than double the 42-day maximum delay proposed by Canada’s national vaccine advisory committee.

Dube told a news conference that the decision was made in order to vaccinate as many vulnerable people as possible and to reduce the pressure on the health system.

“In our context, this is the best strategy, because we have to contend with (having) very few vaccines, and we’re in a race against the clock,” Dube told a news conference.

He said the province had discussed its decision with vaccine manufacturers and with federal public health officials. The latter, Dube said, acknowledged that the 42-day recommended maximum can be extended depending on the disease’s progression in a particular province.

He said the high rates of community transmission, hospitalizations and deaths in Quebec justified the change. “In Quebec, we don’t have the same situation as in New Brunswick or British Columbia,” he said.

Richard Masse, a senior public health adviser, said the change would allow up to 500,000 seniors who are most at risk of complications — including those in private residences and those aged 80 and up — to receive their vaccine several weeks earlier than originally thought.

Masse said the justification to extend the interval was based on the “experience of working with many vaccines through time,” which shows, he said, that vaccine immunity does not suddenly drop off within a month or two.

He said, however, the province was carefully monitoring the efficacy of the vaccines and would immediately give second doses if authorities saw evidence of decreased immunity in certain groups, such as the elderly.

Health officials, Masse said, were investigating why an unspecified number of elderly nursing home residents who had received their first dose in December had since tested positive for COVID-19.

Two of the facilities where vaccinations took place were experiencing outbreaks before shots were delivered, he said. Masse also noted that the body takes up to 14 days to build immunity against the virus, meaning, he said, that those who had received a shot but who had been exposed before that interval would be less protected.

Some residents, however, had tested positive more than 14 days following their injection. Health officials, Masse said, were trying to find out why. He said possibilities include the vaccine is not perfectly effective, or that it may not work as well in some age groups.

“Ninety three per cent (effective) is not 100 per cent, and it could be lower than that for people who are elderly,” he said.

Both Masse and Dube said the province would work to shorten the interval between first and second doses once the province begins receiving larger quantities of vaccine — likely in March or April, they said.

Meanwhile, Quebec reported Thursday that some regions had few or no doses of COVID-19 vaccine remaining as the vaccination rate outpaced delivery.

As of Thursday morning, the Health Department said the Gaspe region, Iles-de-la-Madeleine, Nord-du-Quebec and the James Bay Cree Nation territories were out or almost out of vaccine, adding that it expected new deliveries Friday or Saturday. Four other regions had almost used up all their doses but received new supplies Tuesday.

Jean Morin, a spokesman for the Gaspe region’s health authority, said the vaccination campaign was going “exceedingly well” despite the fact nearly all the doses had been used. Morin said there are logistical challenges to vaccinating people in the vast and thinly populated region, including having to transport people to clinics to receive their shots.

Dube recognized the federal effort being made to get vaccine to the provinces, but said he wished it would go more quickly because the need is so great. “We recognize the effort but we’re not satisfied, because we have so many people we want to vaccinate,” he said.

The province reported 2,132 new cases of COVID-19 Thursday and 64 more deaths attributed to the novel coronavirus, including 15 that occurred in the previous 24 hours. Quebec has reported a total of 236,827 infections and 8,878 deaths linked to the virus.

The province had administered more than 115,000 doses of vaccine as of Thursday, including nearly 26,000 to long-term care residents.

This report by The Canadian Press was first published Jan. 14, 2021.